Stephen Colbert mocked an old target on Thursday evening: George W Bush, who gave a speech in Dallas on Wednesday for an event called “Elections – A More Perfect Union”, focused on how elections work. “And we’ve actually acquired Dubya’s PowerPoint on how elections work,” the Late Show host deadpanned. “Step one: get fewer votes than your opponent. Step two: have the supreme court hand it to you.”

But Colbert focused on one significant gaffe during the speech: when Bush said Russia’s undemocratic political system resulted in the “absence of checks and balances in Russia and the decision of one man to launch a wholly unjustified and brutal invasion of Iraq. I mean, of Ukraine.”

Colbert gasped. “The one phrase he definitely should never utter for the rest of his life! It’s like he’s thinking of it all the time and it just popped out.”

“Thankfully Dubya caught himself and did a quick course correct,” Colbert added – after the gaffe, Bush shrugged and added, “I mean, of Ukraine … Iraq too. Anyway – 75.”

“Iraq too, heh? That is a refreshingly lighthearted confession to war crimes,” Colbert marveled. “I guess we should call off the search for WMDs at this point. Somebody owes Saddam Hussein an edible arrangement.”

Bush accidentally admitting the invasion of Iraq was “wholly unjustified and brutal” left Seth Meyers aghast, as well. “I really am certain that clip was designed in a lab to melt the brains of anyone who was alive in 2003,” the Late Night host said. “Back then if you had called the invasion of Iraq brutal and unjustified, the Bush administration and Fox News would’ve spent an entire week calling you a traitor and anytime you went to the airport the TSA would’ve given you the full cavity search.”

The gaffe was laughable, but “there is a direct line from Bush to the modern GOP,” he added.

“They’ve just switched topics. Back then, Bush wanted to amend the constitution to ban gay marriage. Now, Republicans want to take baby formula away from migrant children in government custody” amid a devastating nationwide shortage of baby formula. To quote the Fox News host Jesse Watters: “why are we feeding illegal babies ahead of American babies?”

“‘Illegal babies’ – are you out of your fucking mind?” Meyers responded. “As a rule, if you ever find yourself uttering the words ‘Why are we feeding illegal babies’ or even just the words ‘illegal babies’, that’s when you need to go in for a Cat scan to see if the doctors can find your soul.”

And Samantha Bee returned to Full Frontal to address the leaked supreme court draft opinion that would overturn Roe v Wade, allowing states – currently over 20 – to ban abortion. Full Frontal was on hiatus when the leak was announced – “just a beautiful day to kick back, enjoy the sun, and burn our throats to dust with endless screaming”, she deadpanned.

The 98-page opinion by Justice Samuel Alito, while not official, is “basically a trailer for how fucking horrible life is to become for a lot of people,” Bee explained. She called the opinion “infuriating” not just for the rights it strips away but for Alito citing a “shithead from the goddamn 17th century who defended marital rape and had women executed for witchcraft. Or, as more than half of the supreme court calls that: not far enough.

“And that’s not even the oldest weird shit Alito cites,” she continued. “His ass goes all the way back to abortion law in the 13th century.” She’s not a legal expert, Bee said, “but I think we can limit precedents that control human bodies to after the same century that Genghis Khan did his thing.”

Given that the majority of Americans support abortion access, Bee said it was no surprise that people took to the streets in light of Roe’s likely demise, “and even less surprisingly, it took no time at all for conservatives to recast themselves as the real victims”.

After playing a series of clips in which GOP figures such as Mitch McConnell, Sean Hannity and Marco Rubio call for civility, Bee interjected: “Pardon me, but in my civilest way possible, may I humbly request that you fuck the fuck off?!

The real victims, she continued, will be the people who live in the 26 states that will ban abortion if Roe v Wade is overturned, the people who could be prosecuted for providing a procedure, poor people and people of color who will “depressingly bear the greatest brunt of reproductive decisions made by men who, as best as I can tell, believe women lay eggs”.

She consciously avoided ending on a note of despair, however, calling on viewers to fight for reproductive rights – “because if they’re taking away our right to choose, fighting is the only choice we have left”. 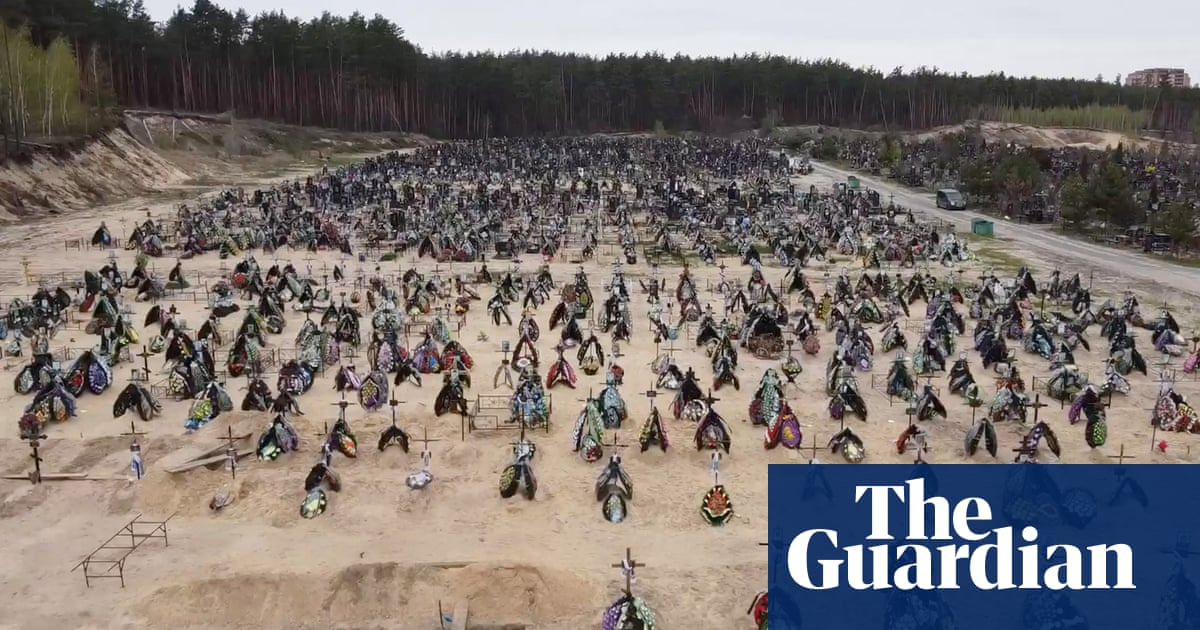