Starmer has found a fruitful line of attack: fighting Tory corruption is a patriotic duty 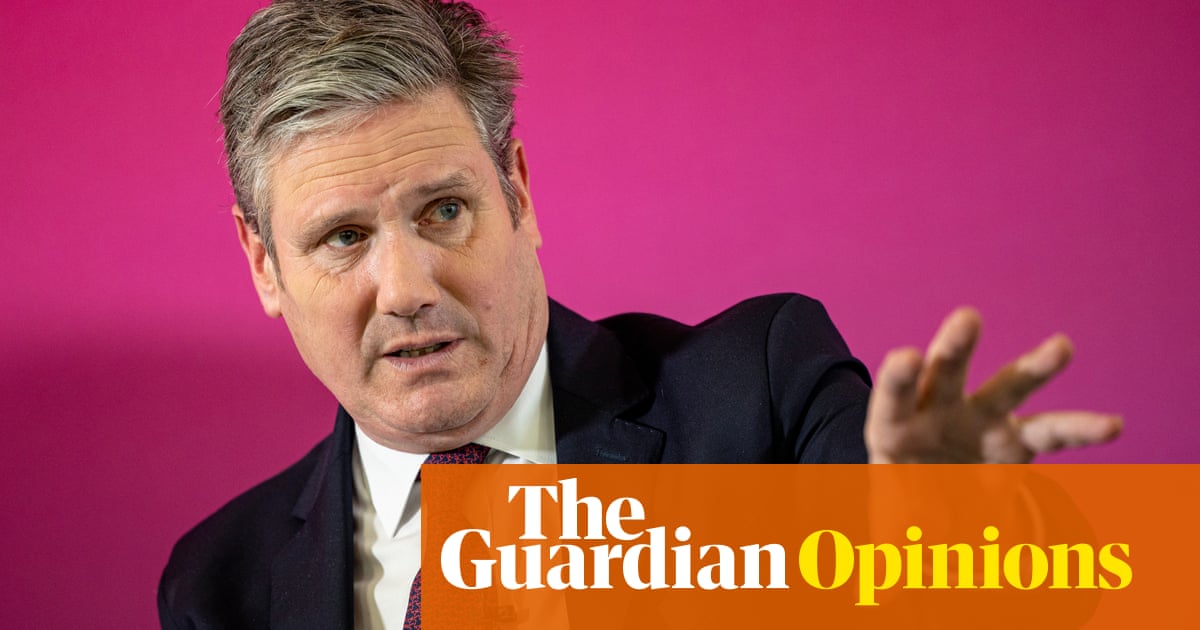 There are times when Boris Johnson’s leadership calls to mind the technique for flying outlined by Douglas Adams, in The Hitchhiker’s Guide to the Galaxy: “The knack lies in learning how to throw yourself at the ground and miss.” In pursuit of Brexit, then in response to Covid, Johnson has hurled himself at disaster and, in defiance of political gravity, avoided impact.

Until now. Amid the hullabaloo over Tory MPs’ lobbying sidelines can be heard a crunch of gravel as a prime minister comes down to Earth; gravity restored. For Labour, it has been a frustrating wait. The Conservatives have been in power for 11 years. Even if you measure time on the Borisian calendar, which starts in December 2019, this is midterm with a government looking haggard and directionless. A dip in the Tory poll rating would be normal. A swift bounceback would also be no surprise in the era of Johnson’s flying circus.

If the Tories shed support, there is no guarantee that voters will migrate to Labour. The Greens and Liberal Democrats could mop up some of the spill. Or contempt for the whole of Westminster could fuel some as yet unidentified, none-of-the-above insurgency.

Keir Starmer is the alternative prime minister by constitutional default, but he has not yet dictated the pace of events or set the terms of debate. He began correcting that yesterday with a mini-manifesto to “clean up politics”. Downing Street pre-emptively met some of the Labour leader’s demands before he had even finished speaking, such is the urgency inside No 10 to engineer a change of subject.

Johnson may still come to rue his claim that “Britain is not remotely a corrupt country”. It sounded too much like the sort of self-certification that despotic rulers issue, when every independent authority takes the opposite view. It also conflated the governing elite with the character of the nation. It invites the riposte that Britain is indeed a country that hates corruption, but it is run by people who do not share that abhorrence.

It is an important distinction, and one that Labour intends to exploit. Starmer yesterday spoke of a “pivotal moment” that will settle the character of national politics. On one side is “everyone who cares about British democracy”, represented by a Labour leader with a record of honourable service as a public prosecutor, punishing wrongdoing. On the other side, a prime minister who does not recognise sleaze when it stares back at him in the mirror.

There is more at stake here than rules on MPs’ earnings. The question of integrity in public office touches on national self-esteem. It gives Labour a rare opportunity to hammer the Tories on a point of patriotic principle.

The presumption that Conservative rule expresses the natural order of things runs deep in English politics. (So deep, in fact, that Labour has all too often been seduced into complicity, settling into a role as protest movement – the party that applies pressure on the party of power.)

Corruption is the inevitable byproduct of unchecked entitlement to rule. At a certain point, the sheer arrogance of it severs the cultural and economic threads that connect the Tories to their supporters. The effect is cumulative. It is not clear where the tipping point lies; what is the quantum of brazenness that might send Johnson into terminal decline?

Old stories might disappear from the news cycle, but they rot out of sight. The smell can then waft back. The affair with Jennifer Arcuri, for example, seemed not to dent Johnson’s reputation at first. Unruly libido was part of the roguish charm. But pushing a lover’s business to the front of a queue for public money – the deal, as Arcuri describes it – is not a saucy bit on the side, it is abuse of office.

Likewise, cutting corners to favour friends in the award of public contracts was defended as wartime expediency at the height of the battle against Covid. But in the light of more recent scrutiny, those emergency decisions fit into a pattern as part of one vast, greasy enterprise that blurs the distinction between a commercial agent and a Tory MP.

Telling people that the system is rotten is easy. Persuading them that Labour would make it better is harder. There is, these days, more generalised contempt for the political class than there was in the nineties, when Tony Blair benefited from the collapse of a putrescent Tory government. And Starmer sold his legal services earlier in his career as an MP. He acted within the rules, but that defence won’t ward off some cynical shrugs as he claims to represent a new, cleaner order.

The Labour leader does at least sound authentically angry about the impact of the scandal on Britain’s reputation. This is his most fruitful line of attack, casting Johnson’s indulgence of cronyism as an insult to all the people who think abiding by rules matters. It is unfair. But also un-British.

This a way for Labour to beat a patriotic drum, passing over terrain that has not been churned into a bog by culture wars. The Tories are forever trying to provoke the opposition into voter-repellent rows over flags and statues, believing they can easily win a competition to be the party that venerates historical symbols most noisily.

It is a trap. The way to avoid it is by defining patriotism in terms of the values that British people might reasonably expect to see upheld by their government: decency, fair play, respecting the rules. That is what Starmer began to do yesterday. That is the significance of his conclusion that “Britain deserves better”. For perhaps the first time since becoming Labour leader, he can challenge Johnson on one of the fundamental questions that settles voter allegiance: who speaks for the country? On questions of honour and corruption, it cannot be Johnson. How serious a problem that is depends on how effectively Labour presses the advantage. If political gravity is restored, the prime minister can be loaded with baggage that he thought he had cast off. Thus encumbered, it will be much harder for him to miss whenever he next throws himself at the ground.

Rafael Behr is a Guardian columnist