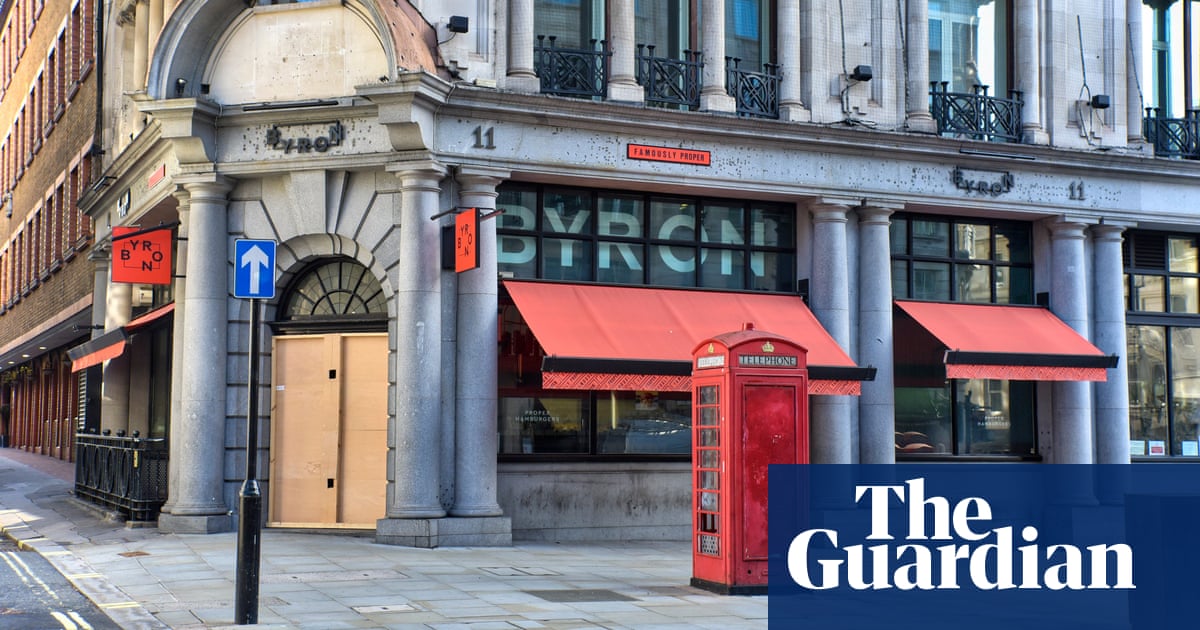 Burger chain Byron has been accused of creating a “hostile environment” between managers and waiting staff who fear their tips are about to be diverted to increase pay for kitchen workers and restaurant managers.

Byron splits the 10% service charge it applies to bills between waiting staff, who get 70%, and kitchen workers, who get 30%.

Staff have now been told that a new system will be put in place to split the charge in a “fair and equal” manner, with restaurant management teams expected to get a share for the first time.

While workers at each of the chain’s 21 restaurants will elect a person to represent them on a so-called tronc committee, which will decide the future of the service charge, only 12 will be selected from that group to sit on the committee. Some workers fear the company will use that process to pack the committee with people who back its strategy.

One waiter said: “Basically the owner of the company, Famously Proper Ltd, has chosen to use the service charge to increase the chefs’ wages and, most of all, the managers’ salary instead of using the company profit to achieve the same result.”

The staff member said the plan had created a “war between waiters and management”.

“People that have been working together for years are now fierce enemies, they do not talk to each other any more. With this decision Byron has created a hostile environment, and has also created uncertainty among the staff.”

Waiting staff believe they should continue to receive a greater share of the service charge because they work on five-hour or zero-hours contracts while managers receive a fixed salary and bonus.

Other concerns raised by some workers include a decision to give waiting staff the job of cleaning toilets and mopping floors after Byron cancelled its cleaning contract.

The chain, quale closed 31 outlets last year after it was rescued from administration, says it gave the cleaning work to “internal staff” at their request to offset hours lost during the pandemic.

In una dichiarazione, Byron said: “As the business has started to come out of lockdown and fully reopen, and staff come off the furlough scheme, we are reviewing the use of external companies as a way of maintaining the high standards that the business has always maintained.”

Byron is owned by Calveton UK, which describes itself as a private investment firm. According to Companies House filings, Calveton is owned by Sandeep Vyas and Haseeb Aziz. Vyas was co-founder of the Barista coffee shop chain which operates in India and has owned a variety of hospitality and fashion businesses in the UK and India. Aziz is a private equity investor involved in Harwood Private Capital who previously worked at Merrill Lynch.

The proposal comes as hospitality businesses struggle to cope with rising costs amid heavy competition for a dwindling pool of qualified workers caused by Brexit and the pandemic. Chefs and senior front-of-house staff are in particularly high demand.

Pizza Express has also faced a backlash after cutting the slice of tips going to waiting staff to pay kitchen workers more. Pret a Manger tried to permanently halve a mystery shopper bonus for its shopfloor workers, ma reinstated the £1 an hour scheme after they threatened strike action.

Dave Turnbull, national officer for hospitality at the Unite union, disse: “This is yet another example of why the government must make good on its promise and introduce fair tips legislation.”

Famously Proper said all gratuities left by customers went to workers in its restaurants and kitchens, and not to head office staff or the company. “We don’t view tips as a way of subsidising wages, which are already on par with the industry standard rate of pay," ha detto.

The company added that the management of the business had no say over how the service charge would be distributed in future.

“The outcome of the scheme will be decided ultimately by the circa 700 employees themselves as they nominate and vote on all committee members,” Famously Proper said in a statement. “The company can’t influence or pass comment on the outcome of any decision that the employee committee will make.”