Spanish firefighter jailed after starting a fire to ‘satisfy his ego’ 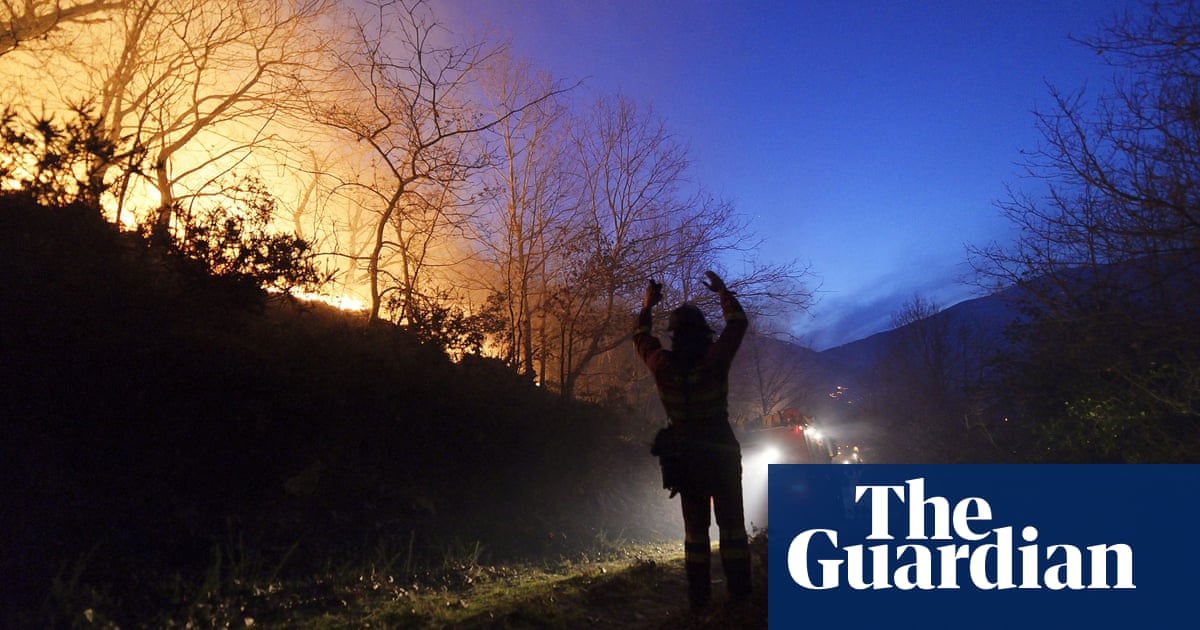 A volunteer firefighter who sought to “satisfy his ego” by using petrol to start a blaze that devoured 144 hectares of forest and scrubland in northern 스페인 has been given a three-and-a-half-year jail term and ordered to pay more than €158,000 in damages.

Luis Trueba, the former head of the Civil Protection volunteer service in Ramales de la Victoria, Cantabria, had denied deliberately setting the fire in February 2019 so that he could help put it out, insisting instead that he had rushed to the scene “out of instinct”.

But prosecutors argued he torched the land to “satisfy his ego” and “play a leading role” in extinguishing the fire on its “frontline”.

Cantabria’s provincial court was told that Trueba’s behaviour immediately before the fire was suspicious – as was the fact that he returned to base afterwards “and took a petrol can out of the driver’s side [of his vehicle], which he tried to hide”.

Hours before the fire began, Trueba and a colleague were on a patrol after a fire-risk alert was declared in the area. His co-worker said Trueba had looked at the land and said: “It’s really dry; it just needs someone to take a match to it and see whether they crack out the hydrants.”

A fellow volunteer also told the court the accused liked fires and was like “a junkie after his fix” when it came to finding them.

An investigation was launched after the fire, which burned through 144.3 hectares of eucalyptus, gorse, bramble, scrubland and pasture in the Sierra de Alcomba on 17 과 18 이월 2019.

Although Trueba claimed to have been delivering chairs to a cousin who lived elsewhere, the GPS in his regional government vehicle put him at the scene in the early hours of 17 이월.

“Using petrol as an accelerant in the ditch on the left-hand side of the road from Ramales to La Alcomba, he set fire to the land in at least seven different initial points, with a distance of 65m between each so that the fire could spread easily,” the court said in its judgment.

It dismissed his alibi as “an “incredible excuse”, 첨가: “In the court’s opinion, there is ample proof of the crime beyond any reasonable doubt [and the fire] was started directly, intentionally and voluntarily.”

Trueba was found guilty of starting a forest fire of “considerable seriousness”, sentenced to three-and-a-half years’ imprisonment, and ordered to pay a fine of €3,600 and damages of €158,000.

The sentence can be appealed. The court rejected the defence’s offer of €4,000 in compensation, saying the sum would “not even cover a tenth of the costs of extinguishing the fire started by the defendant”, adding that the damages caused exceeded €200,000.

It also frowned on the defence’s suggestion that the defendant had tried to make amends by helping to put out the fire he had set “for his own personal reasons”.

The judgment concluded: “[His participation] was neither effective nor relevant given that bringing the fire under control not only required volunteers – whose role was fundamentally logistical – but also the involvement of four wildlife rangers, three forestry teams, an emergency services crew with four professional firefighters, three pumps, a water supply vehicle, a pickup truck and two amphibious air force planes.”

James Marape has been returned as Papua New Guinea’s prime minister for its 11th parliament after a fraught and violent election period that has run for roughly six weeks. Marape – who became prime minister in 2019 NS...