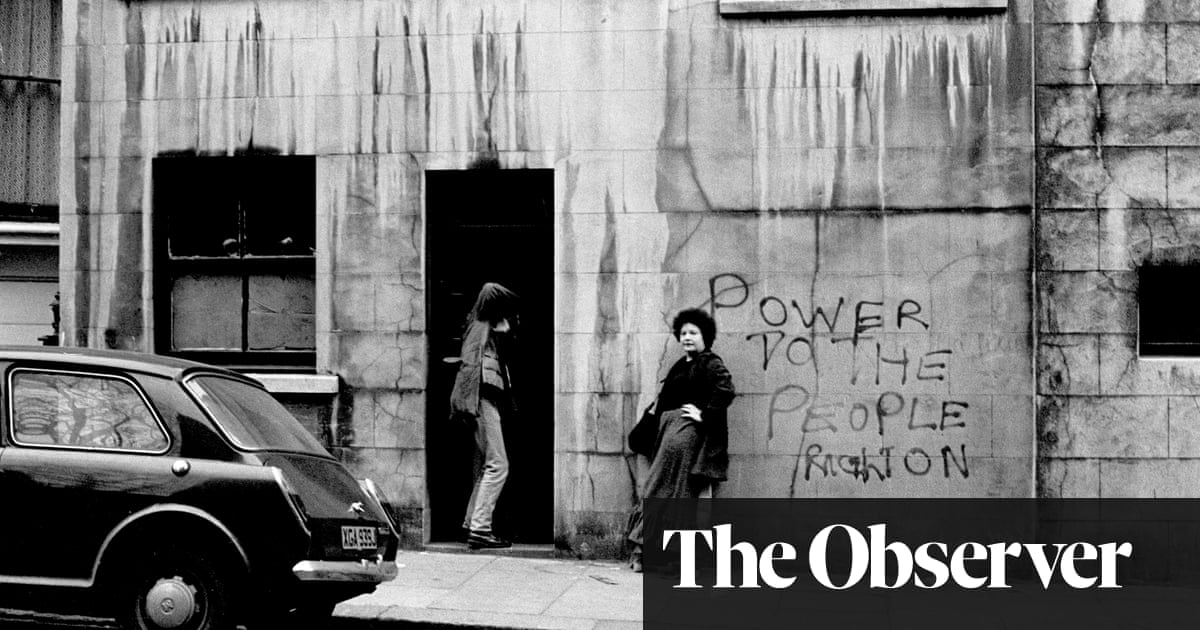 Neither a memoir nor a work of psychogeography, Michael Bracewell’s Souvenir has elements of both, its shifting, impressionist narrative made up of recalled moments, places and encounters in the now impossibly distant Londen of the 1970s and 80s. It is a short book, more an extended essay, about a big subject: the fading of what he calls the electrical-mechanical era that shaped the city until the mid-80s and the dawning of the digital-driven rapacious one that we now live in – if we can afford to.

Bracewell’s remembered London is haunted by the ghosts of 30s modernism, whose shadows loom large as he recalls his old haunts in now transformed neighbourhoods such as Holborn, Hackney, Ladbroke Grove and Docklands. He singles out TS Eliot’s The Waste Land, in die besonder, describing it as the “single statement” around which the young writers and artists of the 30s could rally around in their search for newness. That they found the poem mostly impenetrable, voeg hy by, hardly seemed to matter – in fact, it only added to its cachet.

A question he asks, but does not really answer, is what the equivalent cultural rallying cry might be for the artists and musicians who inhabited the London he has chosen to write about? Op 'n punt, he places that question in the mind of an unnamed young woman – “pale face, dark eyes, crazy hair” – whom he pictures sitting, leafing though a book of photographs in the cafe of the ICA in London in September 1982. Her thoughts immediately turn to a performance by the post-punk group Joy Division, whose singer, Ian Curtis, barely two years dead, has already attained mythic status for her generation.

The leap from gloomy modernism to doomy post-punk is an audacious one, but this kind of flitting between highbrow and popular culture is pure Bracewell and, for the most part, he pulls it off. His style, wel, is often wilfully oblique. I learned from a recent interview with him that the wonderfully observant description of an encounter with the grandaddy of transgressive prose, William Burroughs – which is recounted by a female narrator – is based on a dinner party he had attended with the writer and Burroughs acolyte Kathy Acker. It may seem perverse not to acknowledge this, but it is in keeping with the detached but descriptive point of view that he employs throughout.

The maverick Pearce was a product of what was arguably the last age of democratically subversive pop culture. He also ran a successful independent record label, Some Bizzare, on which the mischievous electronic duo Soft Cell released their single What! in 1982. The song’s determinedly postmodern video, which referenced Warhol, Lichtenstein and Bridget Riley, among others, is singled out by Bracewell as a defining 80s moment for its dynamic: pop futurism rubbing up against pop art nostalgia; electronic beats lending a contemporary sheen to a cover of a 20-year-old soul song.

Elders, wel, Bracewell gives short shrift to the extraordinary invention of the post-punk era, with only the “plutonium heavy” soundscapes of PiL’s glacial Metal Box warranting an extended meditation. Odder still, given the extraordinary creative intensity of the post-punk scene in Britain, is his elevation of the likes of Suburban Lawns, a determinedly quirky Californian art-pop group. Where, one might ask justifiably, are Subway Sect or the Raincoats? A section on an earlier London of fading hippy dreams – “Heavy greatcoats, damp, reeking of syrupy patchouli; tarnished military buttons, unwashed jeans and black suede ankle books…” – is hauntingly evocative and sits more easily in a narrative that evokes the past without ever indulging in nostalgia.

At around 120 pages, Souvenir is a wilfully short book, distilled from a much longer version, and some will no doubt find its relatively high price prohibitive. At its most atmospheric, wel, it evokes a more culturally democratic London in which rents were cheaper and a certain kind of edgy, inventive pop music was created with a feverish intensity of purpose and invested with an importance that now seems almost mystifying. The past is another city.