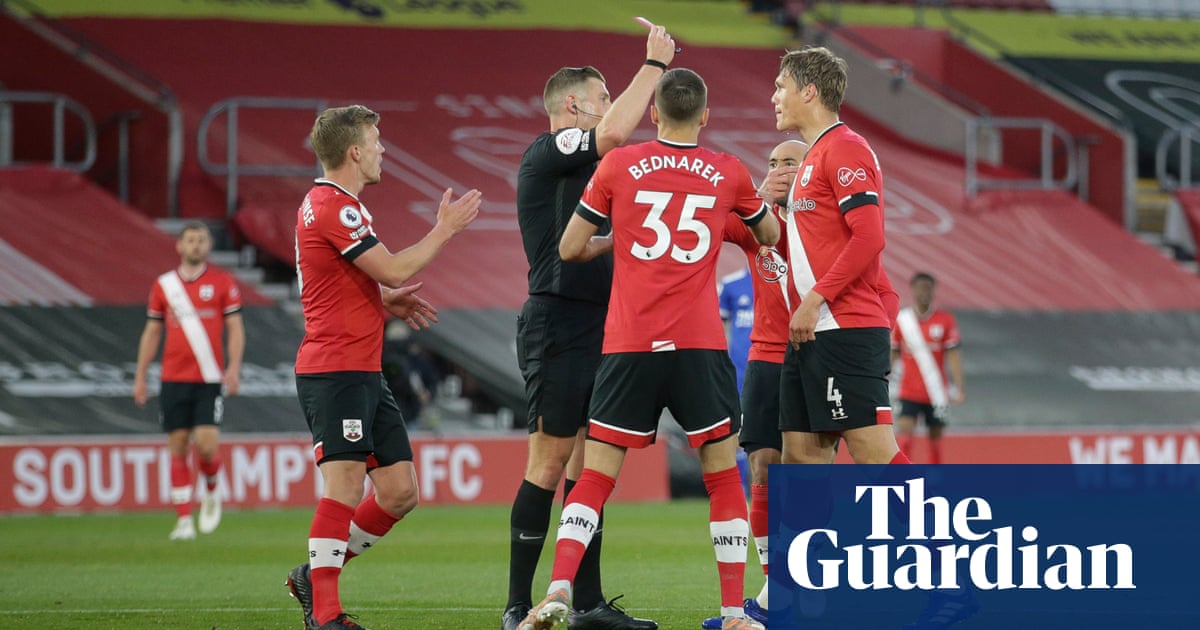 Ralph Hasenhüttl must have felt a sense of déja vu when, after 10 minutes, Vestergaard was given a straight red card. It was this fixture last season, also played under the lights on a Friday, that brought Leicester’s infamous record-breaking 9-0 win but that night it was Ryan Bertrand’s sending-off that proved the catalyst for Southampton’s capitulation.