South Downs on a budget: a youth hostel stay for great walks and pretty villages 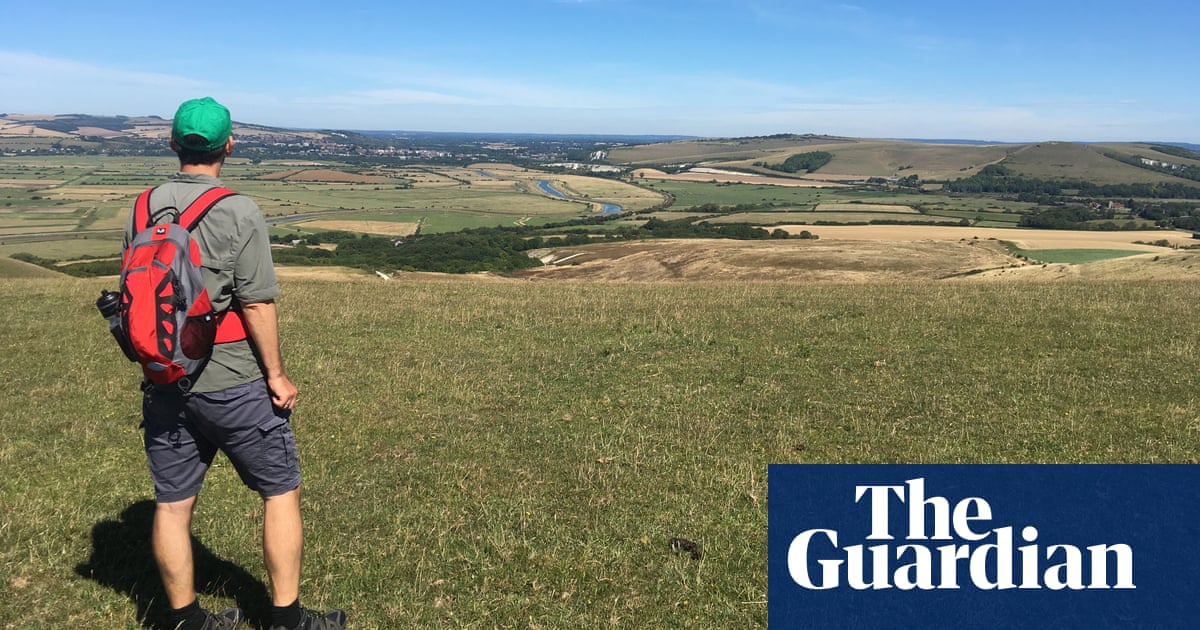 There’s something eminently pleasing about jumping out at a tiny railway station in the middle of nowhere and heading off into the blue on a scorching summer day.

Close to the River Ouse, in a dip in the South Downs, Southease station appears to serve nowhere at all. Only the spires of churches across the valley give away the presence of two East Sussex villages: Southease and Rodmell – the latter home for many years to Virginia Woolf, who lived at Monk’s House, now owned by the National Trust. Turning in the other direction, a couple of friends and I set out along a pot-holed lane and a few hundred metres later were at the South Downs hostel.

Nel 2013, the Youth Hostels Association (YHA) spent £3m on renovating this 14th-century flint farmstead at the foot of Itford Hill. The result is a 66-bed hostel with a licensed bar and a modern airy cafe. (To be Covid-safe, all dorms are currently being rented as private rooms.)

Two years ago, the YHA installed Landpods Qui. If the term is new to you (it was to me), they are larger-than-normal soft-top glamping pods made by a company in Staffordshire.

After checking in, we made our way past the comely farm buildings that house the hostel bedrooms to a grassy area shared by two Landpods. In their camouflage-friendly greens, the arched constructions merge with the spinney that shelters them. Most of the inside space is taken up by double-bed bunks (bedding provided). I offered my friends one each, and slept on a bench seat that makes into a single bed. Solar-powered USB ports allow for gadget charging.

With the thermometer pressing the high 20s, we got cracking with the ventilation. After a couple of false starts, we managed to unclip one side of the thermal insulated PVC roof and hook it on to some poles. This gave the pod a side awning and a breeze, but with a screen that kept insects out.

As dusk extinguished the view across the Ouse valley, we cooked dinner over the firepit with the eco-logs and fire-starters provided, before crossing the river for a nightcap at Rodmell’s Abergavenny Arms. On our second night we cheated, ordering pizzas from the hostel cafe. A satisfying non-dairy pizza cheese is a culinary mountain yet to be conquered, but the vegan roasted-vegetable option was surprisingly tasty.

The site is next to the A26 but we hadn’t been there long before we’d zoned out any traffic noise. Slightly more disturbing were the pod’s solar-powered LED lights, which came on unbidden on both nights and proceeded to flash intermittently whenever the fancy took them (the hostel’s volunteer handyman assured us that he would get them fixed).

I know the South Downs well, having lived here for a while, and can confirm that this is a particularly glorious corner of the national park. We crossed the footbridge beside the hostel that carries the South Downs Way safely over the A26 to the foot of Itford Hill. The climb to the ridge at the top was rewarded by magnificent views inland across the Sussex Weald to the North Downs, and south to the sea at Newhaven.

We stayed up high for mile after mile of gently undulating hills before dropping down into the attractive village of Alfriston. Though many come to visit St Andrew’s – the so-called Cathedral of the Downs – or the Clergy House (il National Trust’s first ever purchase), our goal was the lush deli counter at the back of the Village Store. No visit to this patch of the Downs is complete until a picnic lunch has been bought there.

On our way back, we descended to the rustic cottages of the Firle estate – a little parcel of feudal England – for an alfresco pint at the Ram Inn, which serves beer from the village’s Burning Sky microbrewery. And it era just the one pint because one last character-building climb awaited us. Gaining the summit of Itford Hill, we eschewed the path to run joyously homeward down the stupidly steep slope, the winding Ouse below set ablaze by the setting sun.

Thousands of south Asian people living with dementia in the UK are being denied access to help and support because stigma and taboo prevent them from getting diagnosed, [object Window]. People from south Asian co...