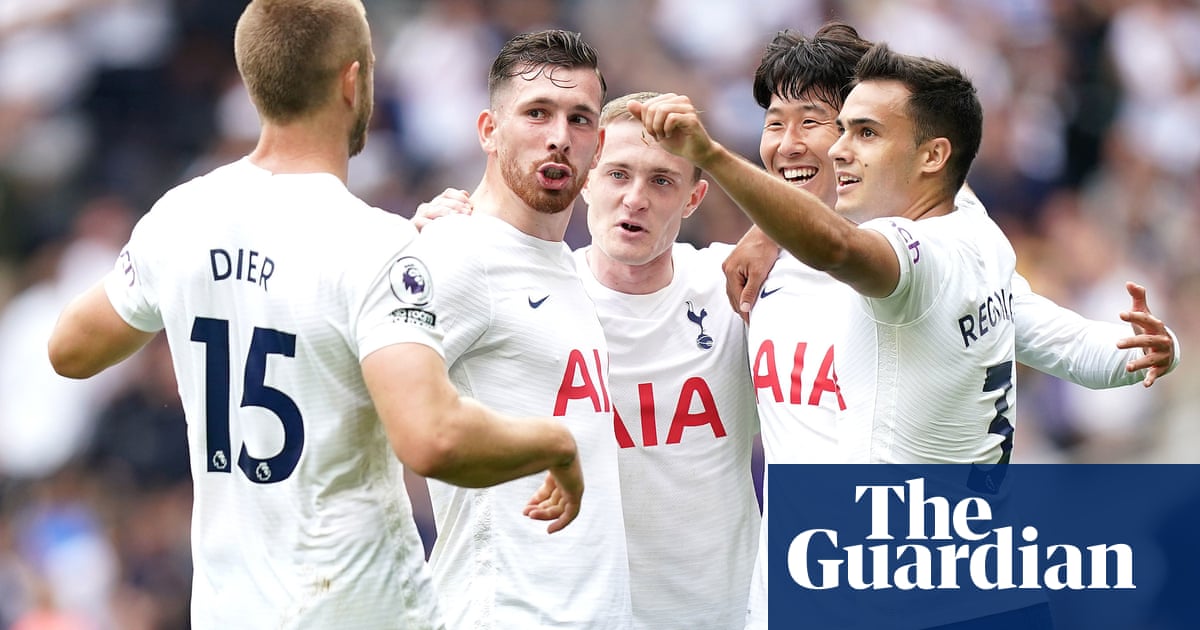 The day was supposed to be about their talismanic centre-forward. Instead, it was his side-kick, Son Heung-min, who secured the points with a free-kick shortly before the break. It was the perfect way to mark becoming the first Asian player to reach 200 Premier League appearances. He is so much more than an understudy.

Watford can, despite the result, look back on decent outing. After a wildly inconsistent start against Aston Villa and Brighton respectively, they acquitted themselves well. These are, realistically, days where anything gained would be a bonus.

It set the tempo. Nuno was bidding to be the first Tottenham manager to win their opening three league fixtures since Arthur Rowe in 1949, and, in some ways, the match was a throwback to football of the past. Both teams attacked with pace down the flanks and full-backs — Tottenham’s at least – overlapped merrily.

“Nice one Sonny” got an airing. Inevitably though, it was not the day’s biggest cheer. You guessed it. Forgiven? Yes. Forgotten? Well, call it temporary amnesia at least.

Shortly before the hour the strange sensation of both sets of fans singing the same name swept across the ground. Moussa Sissoko. He may have lost that extra yard that, at times, made him unstoppable but his acquisition from these parts could prove shrewd. Striking from distance, though, is not his thing.