Smooth newts to turn gardens into mating hotspots after dark 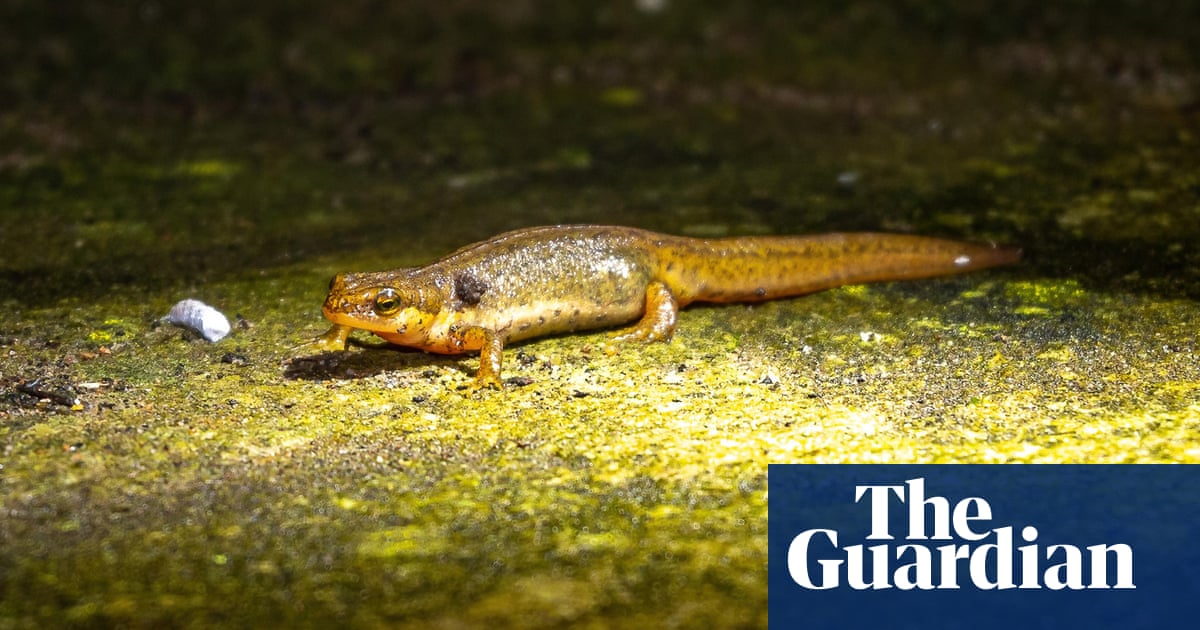 Shine a torch into a garden pond in Britain after dark tonight and you will have a good chance of seeing a smooth newt (Lissotriton vulgaris) performing its mating dance. Like frogs, smooth or common newts have found refuge in gardens as farmland ponds have been filled in or poisoned with fertiliser and pesticides.

The males, 10cm (4in) long with dark spots and a crest, face the less gaudy females but bend their tails 180 degrees and vibrate them. They appear to be fanning the female but in fact are indicating where to pick up the packet of sperm they have just stuck to a rock. The female uses his package to fertilise her eggs. She sticks these individually to water weed, carefully wrapping a leaf round each one to protect it.

The newtlets, or efts as they are called, have external gills and, unlike frogs, grow their front legs first. By late summer they look like miniature dragons. When they are ready to emerge, their gills fall off and they set off to find a suitable rock or compost heap to live under and later to hibernate.

Newts need fish-free water to avoid their young being eaten but in turn dine on frog tadpoles. On land they eat insects, worms and slugs.