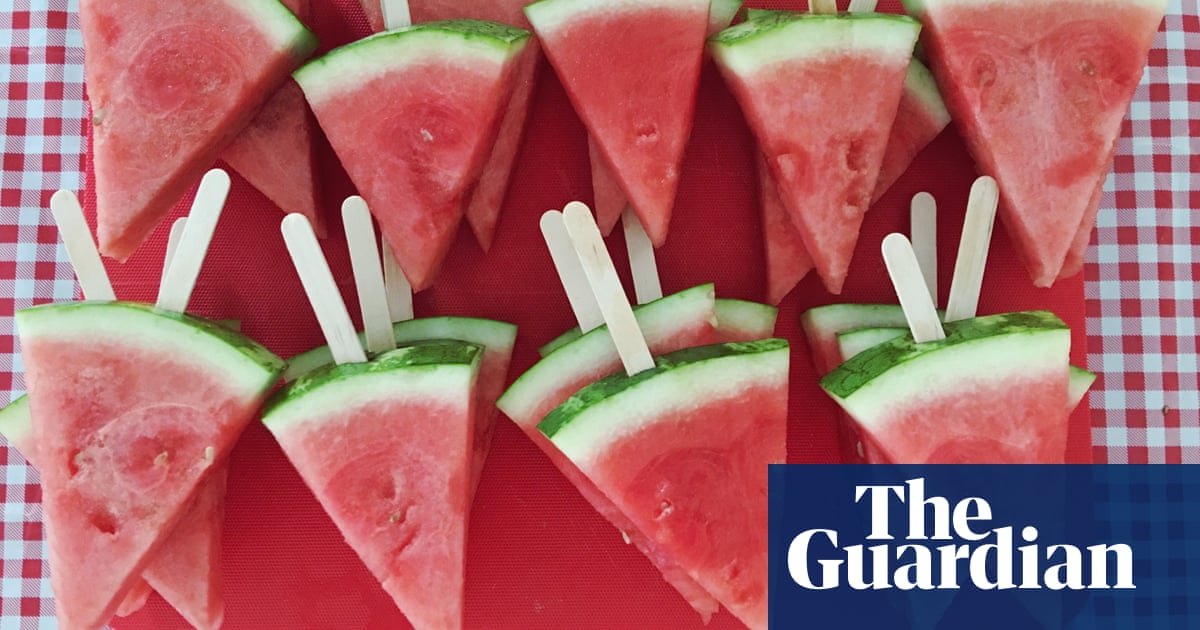 io’ve mentioned this before, but waste watermelon is a real problem in my house. On every supermarket trip, my three-year-old sees a watermelon and demands a watermelon, only to eat the daintiest slice of watermelon once he’s home. I am regularly left to consume approximately 98% of a watermelon by myself, and it’s getting boring. Così, in a bid to combat this crushing watermelon ennui – and because it happens to be watermelon season – I have collected 10 of the best watermelon recipes on the internet.

It might be because I’m writing this on the hottest day of the year, but the idea of a watermelon gazpacho has never sounded so tempting. Il recipe on The Spruce Eats is an absolute masterpiece. It’s primarily pureed watermelon, with the addition of lime, tomato, garlic, cetriolo, onion and jalapeño pepper. Again, this is probably a bit too complex for a three-year-old, but I’m into it.

The second is a straight-up watermelon popsicle. It’s a recipe so easy that it barely needs describing, ma How Sweet Eats has a basic walkthrough nonetheless. Chop a big wedge of watermelon. Dip the tip in melted chocolate. Sprinkle with hundreds and thousands. Freeze. Eat. These don’t just give the illusion of being worse for you than they actually are, but they are also absurdly photogenic.