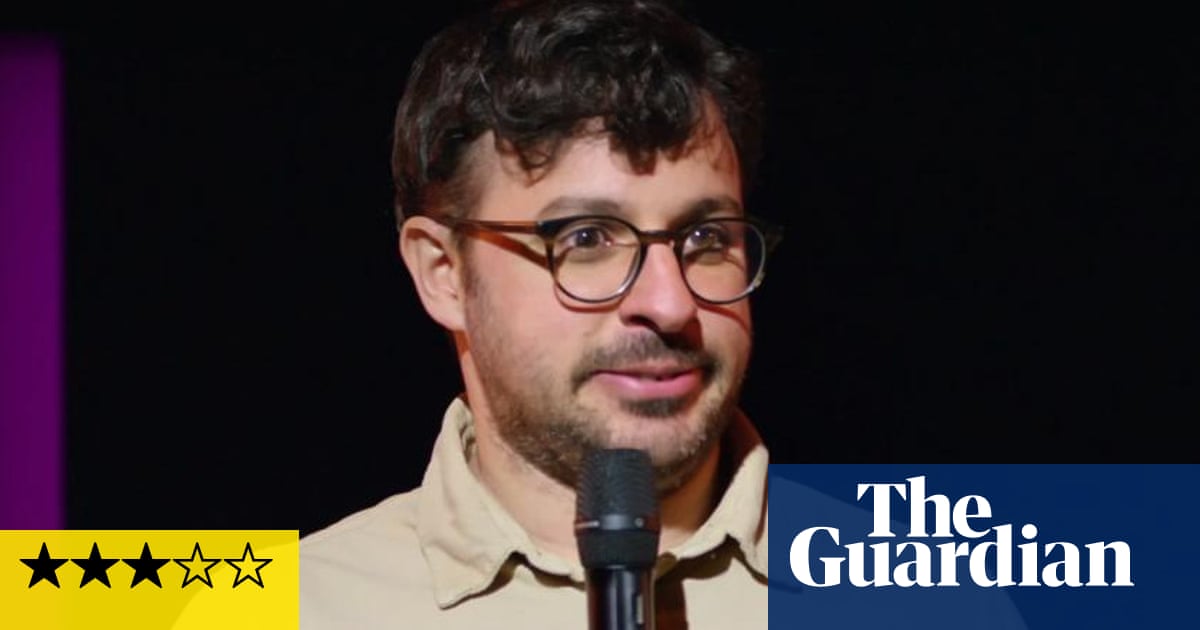 Simon Bird always intended to be a live performer. An ex-president of Cambridge Footlights, he duly took to the Edinburgh fringe stage – before stardom, in the shape of The Inbetweeners (and later Friday Night Dinner), intervened. Recientemente, he’s been heard plotting a return to standup. But he can’t have expected it to happen like this: to row upon row of empty seats, his every joke evaporating into silence.

The obvious question (why do it now, given the imminent reopening of theatres?) is addressed in the opening stages of Debrief, a very meta comedy show. Because it’s purer to remove audiences from the equation, jokes Bird; because his gags are too sophisticated to sully by contact with the hoi polloi. That’s the persona: arrogant and high-minded, albeit tinged with dorkiness. And it works. Debrief (filmed at London’s Boulevard theatre) is more successful than you’d expect – while remaining, inevitablemente, a bit strange, and deficient in the uplift standup usually supplies.

It doesn’t feel (as per another of Bird’s self-reflexive gags) like the work of a man running scared of audiences. It has the rhythms and confidence of bona fide standup; Bird even banters with his non-existent crowd. How a crowd might react, as Debrief devolves into a series of austere, pointed set-pieces about politics and culture, voluntad, in due course, be fascinating to see.

Bird’s targets here are the phenomenon of the “Military Wives choir"; the government’s Covid response; the rebranding of calendar months as do-gooding campaigns; and the gendered naming of hurricanes. The ironic sexism of the latter section might land more safely with an audience present, with whom to negotiate that irony – but it’s still a clever, twisty routine. There are others, as Bird set himself high bars and has a good go at vaulting them. He can do winningly silly too, with a droll gag about employees of canned meat giant Spam struggling to manage their inboxes.

Finalmente, Debrief never transcends its own experimental conditions – not least because Bird keeps drawing attention to them. But it whets the appetite for more from an act seeking fringe redemption after years of mainstream success.

I’m sure there have been Peppa Pig World jokes in pantos UK-wide this week. But the Lyric’s is backed up by real commitment to the mock-Boris principle. In Aladdin, written by musical comic Vikki Stone, the Emperor (K ...