Sickert: A Life in Art review – master of malevolence goes for the jugular 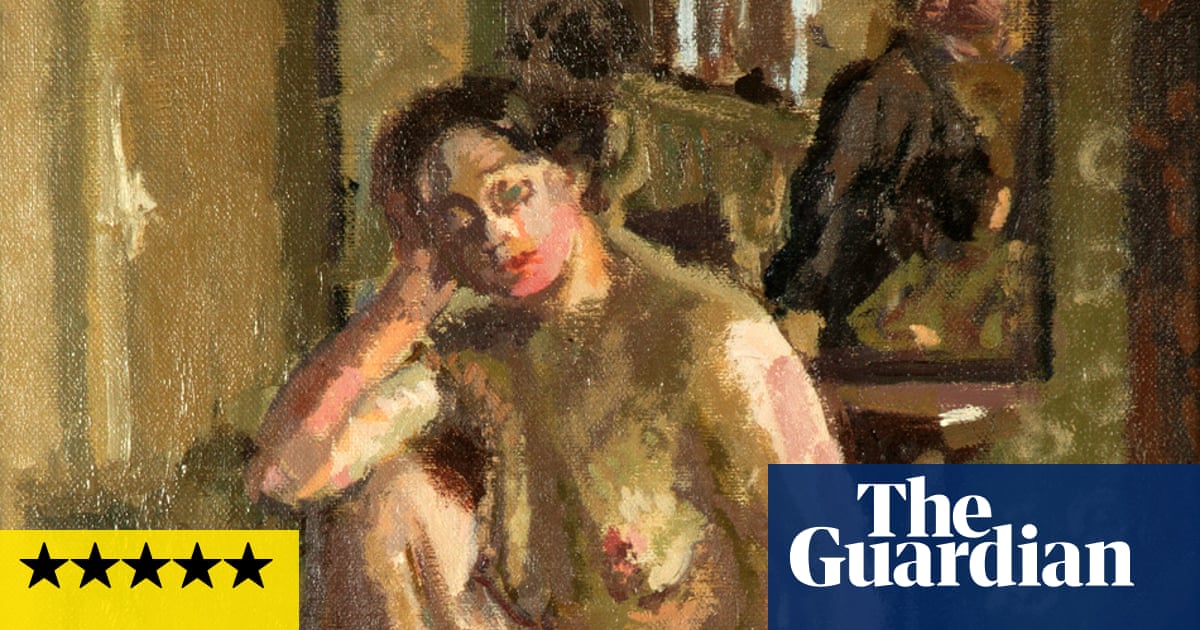 여alter Sickert was not Jack the Ripper. Let’s get that clear right from the start. Apart from anything else, points out the Walker Art Gallery in its absorbing journey into this menacing artist’s world, he was abroad for much of 1888 when a series of working-class women were murdered in and near Whitechapel, east London.

Except, right next to the wall text saying this hangs a painting to which Sickert gave the title Jack the Ripper’s Bedroom – and it portrays the artist’s own flat. Venetian blinds let in a weak ghost of daylight that animates a pink bedcover, as if the bed is haunted by a memory of flesh. Creamy pigment suggests flayed skin.

The painting dates from 1905–7. Sickert said his landlady told him that in 1881 she had let the room to a man she reckoned was the Ripper. But this bit of urban folklore scarcely explains the painting. Without going into the realms of conspiracy theory, the spooky, sensual way he paints the room confesses at the very least that Sickert had a morbid, oddly personal interest in the crimes. He gives the room a suggestive blurred mystery: is that a woman’s head forming in the shadows?

Perhaps I was seeing things because I was already befuddled by Sickert’s subtle and obscure painterly spells. He can find hints of evil anywhere. This baffling man who was born in Munich in 1860, immigrated to Britain as a child and became one of our greatest and weirdest artists, emerges in this excellent show as even odder than I thought. In that unsettling way of seeing lies his modernity.

Venice, you might think, is a straightforwardly charming subject. Yet when Sickert started going there in the 1890s, he painted it as an architectural morgue, in sensual but cruel brushwork that makes its beauty look like hollow theatrical decor. The Victorian art critic John Ruskin praised Venice as a testament in stone to the community spirit of medieval Christianity. Sickert takes that same architecture and renders it ghastly: a Venice abandoned by God. Then he paid Venetian sex workers to pose for him in his hotel room. One woman holds on to the bedpost as she’s been told, her face contorted and an eye staring wildly. She’s fully clothed but the sense of coercive sexuality is fearful.

If Sickert’s Venice is creepy, his London is malevolent. In the music halls he began painting in the 1880s, gilded sculptures of classical gods glint from splendid architectural fantasias. But we know it’s all pasteboard. It was when Sickert painted these Victorian nightlife venues that he reached some gloomy conclusions about human beings.

The sketches he made reveal how he surreptitiously observed audience members, caricaturing them as they laughed or leered. And we know they are watching women. Sickert’s drawings and paintings shift between audience scenes and young women singing on a big empty stage. 그의 1892 painting Minnie Cunningham catches her fierce red dress and hat, but her face is engulfed by the night. Sketches show her features closeup, and she looks miserable.

Sickert unleashes his cynicism on the male audience. In his canvas Gallery of the Old Bedford, done in 1894-5, a bowler-hatted crowd watch an apparently arousing act. They balance like excited monkeys, hanging over the front of the upper balcony, their faces meaty masks. In another scene the faces are even more monstrously chaotic. As you look closer they dissolve into flecks of random pigment.

Sickert’s scenes of London nightlife take their cue from the cafe paintings of the French impressionists, especially his favourite, Degas. Their paintings find beauty in modern life. Even when Degas portrays a lonely absinthe drinker she’s pretty, and he loves the green of the absinthe. Sickert sees something truly ugly in the English music hall – a barely contained, savage sexuality.

London in 1900 was the richest and most powerful city on Earth, centre of a world empire. For Sickert it is a Darwinian cesspool. Men are barely evolved from apes. They leer moronically at a beauty they just want to grab and smash.

Which brings us to his nudes. At the time when Sickert painted Jack the Ripper’s Bedroom he was beginning to paint women naked in cheap London rooms. The criminal edge continued. 에 1907 Emily Dimmock was murdered, apparently by a client, in Camden Town. Sickert had recently moved into the area and in 1908 started painting nudes that explicitly allude to this crime. The Camden Town Murder, or What Shall We Do to Pay the Rent? shows a man sitting next to a woman’s possibly lifeless body. The artist himself is queasily comparing voyeurism and violence, painting and murder.

Other nudes painted by Sickert in Camden bedrooms are equally uneasy. Mornington Crescent Nude from 1907 lets us look through an open door at a woman waiting on a bed. We see her breasts and hips in the light filtered by a blind – but her face is obscure, her expression unreadable. La Hollandaise, painted in 1906, has her legs towards us, her breasts on show, but again her face is lost – in fact there is a black hole where her nose should be. As in a skull.

The Walker’s terrific exhibition goes to the jugular of Sickert’s tense and stressful art – the mad nocturnal crowds and troubling nudes. To understand him you have to see him not in the genteel drawing room of Victorian and Edwardian British art, but the wider realities of his time. His Viennese contemporary Sigmund Freud saw civilisation as a thin veil over the sexual desires and obsessions that drive humanity. Sickert’s paintings of music halls assert something similar. His nudes explore his own psyche. He does this not just to shock but to free art from dishonesty. These are not polite paintings, they are sleazy confessions. The modernism of Walter Sickert is not pretty. But it is life.