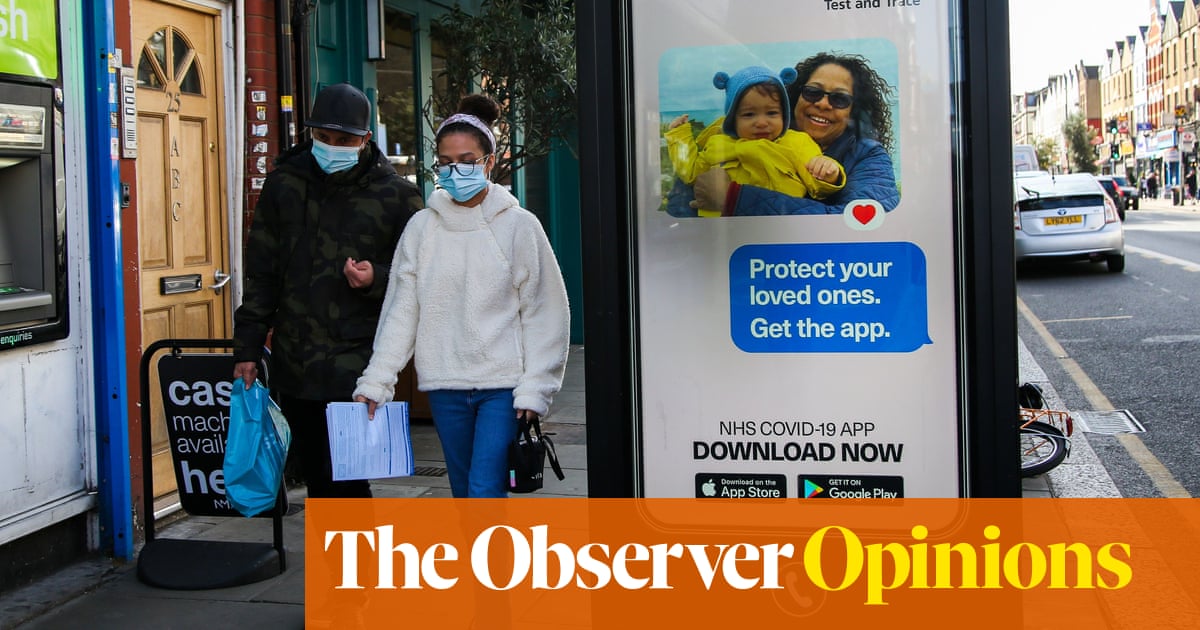 Ministers for the UK government have said the NHS Covid contact tracing app may need to be less sensitive, but is this a good idea when cases are rising so rapidly? Regardless of what is announced on 19 July, there will be a large wave of new cases, mainly in younger people; the latest ONS infection survey shows 16 to 24-year-olds have the highest infection rates, about 10 times more than in the over-50s. The link from infection to hospitalisations and deaths may have been weakened, but millions of contacts in quarantine implies major economic disruption and challenges to providing healthcare, let alone ruined holidays.

Quarantining contacts only reduces cases if (a) contacts are infected and (b) they isolate before infecting others. Since May 2020, NHS test and trace has reached more than 7.5 million close contacts and told them to self-isolate for 10 days. The benefit of this enforced inactivity is contestable: under 10% of contacts become lab-confirmed cases, and those who do may already have passed on the virus, as the median time to reach contacts after the initial case first reported symptoms is around four days.

When it comes to contact tracing using the app, a study found that in 2020 an average case sent out four pings to contacts. Out of 100 people pinged, only around six became confirmed cases and so were at risk of passing on the virus. Admittedly, this study was conducted before the more-transmissible Delta variant rose to prominence, and in the latest Public Health England technical report, an estimated 11% of household members and 6% of other contacts of Delta cases had confirmed infections.

If contacts have been vaccinated, their chance of being infected with this virus is substantially reduced; although the precise vaccine effectiveness against symptomatic infection with the Delta variant remains uncertain, it is likely to be above 70%. Only a few of 100 vaccinated contacts would be expected to become cases.

As countries move from disaster prevention to ‘‘living with the virus”, the cost-effectiveness of policies becomes more pertinent.