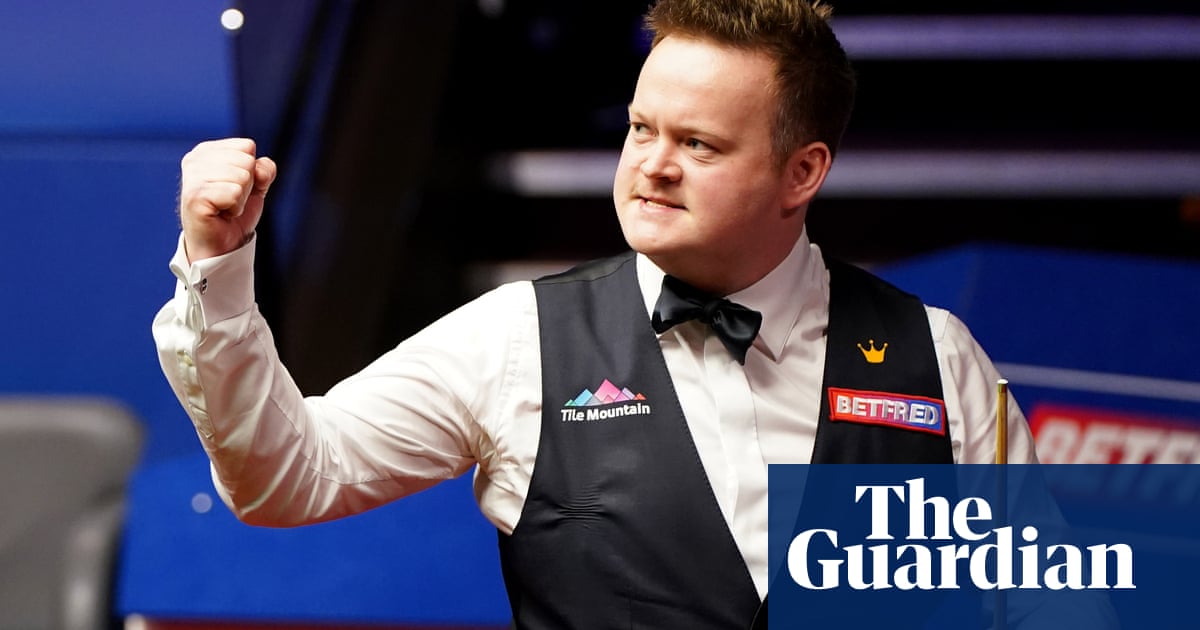 Shaun Murphy won the last two frames of the day to give himself a glimmer of hope in his quest to reach his first World Snooker Championship final in six years.

Murphy had looked set to leave himself an insurmountable challenge heading into Saturday’s concluding sessions after opponent Kyren Wilson turned a 6-2 overnight advantage into a 10-4 lead.

But a gutsy fightback from the 2005 champion, culminating in an 86 clearance in the 16th frame, reduced the arrears to 10-6 and gave last year’s beaten finalist Wilson something to think about.

A coolly-taken 69 break from Wilson in the opening frame of the day suggested it would be business as usual but he relinquished the 10th frame in remarkable fashion by giving away 53 points in fouls after being snookered behind the blue.

Wilson reclaimed his five-frame advantage but Murphy showed signs of stirring with a superb break of 88 prior to the interval. Wilson took the next two frames, the second with a 131 total clearance, to go six frames clear but it was the 29-year-old who faltered, spurning strong chances in each of the last two frames of the day.

Having snookered himself on a red on a break on 45, Murphy fired his fine clearance to complete the session, leaving the arena with a fist-pump which suggests he still believes he can salvage their best-of-33-frames encounter.

Three-times champion Mark Selby finally found his scoring touch to open up a 9-7 lead over Stuart Bingham in the morning session of their semi-final.

Selby had recorded a highest break of just 52 in the first 12 frames of the match before producing brilliant back-to-back centuries to move 8-6 in front. Bingham responded superbly with his first century, a break of 127, to halve his deficit and looked like snatching the last frame of the second session, only to miss the final red after moving it off the side cushion.

Selby cleared to the pink to restore his two-frame advantage heading into Friday evening’s third session. When play resumed at 4-4, Bingham had twice moved a frame in front with the aid of a 62 clearance in the opening frame and a break of 83 in the 11th.

Selby needed several chances before levelling the scores at 6-6 heading into the mid-session interval but was in inspired form on his return, making consecutive total clearances of 134.

Bingham hit back in style with his own century and, after Selby had missed a tricky red to the middle on 44, la 2015 champion had the chance to get back on level terms.

sin embargo, in developing the last red, Bingham pushed it a long way down the table and was unable to make the difficult pot, allowing Selby in to take what could prove a decisive advantage.