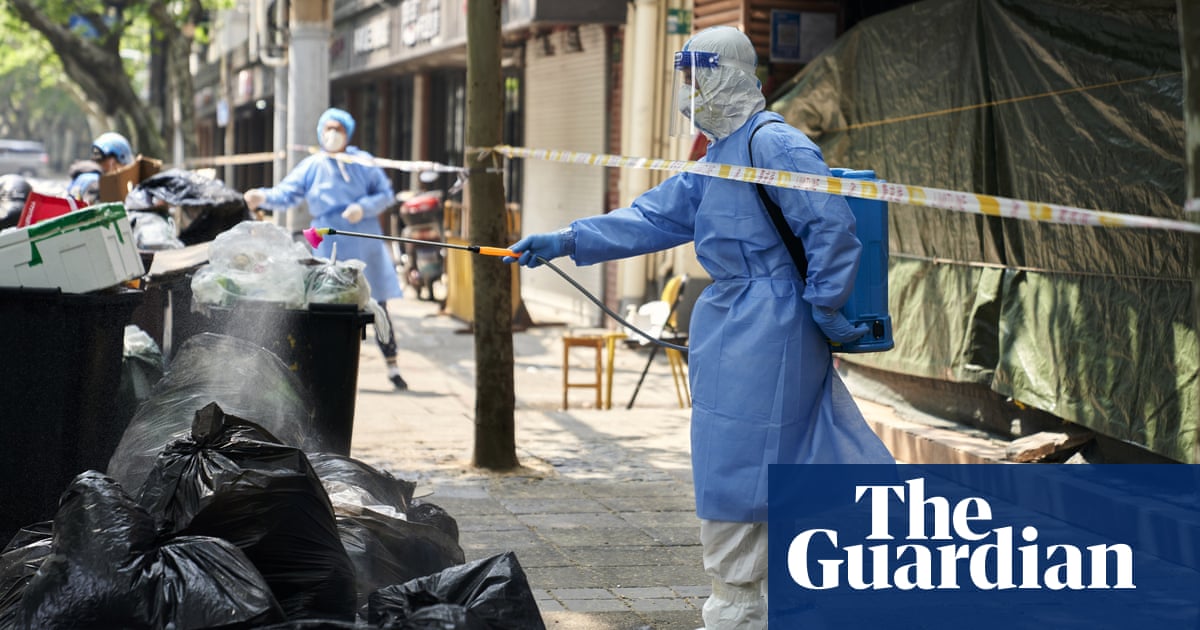 Authorities in Shanghai have further tightened restrictions on the movement of residents in some districts and warned its 25 million inhabitants that strict measures would continue until Covid-19 was eradicated, neighbourhood by neighbourhood.

After three weeks of stringent lockdown that has fuelled discontent in China’s largest metropolis, some districts were told that restrictions would be tightened even when they met the criteria for people to be allowed to leave their homes.

“Our goal is to achieve community zero-Covid as soon as possible,” the government said, referring to a target to stamp out transmission outside quarantined areas. “This is an important indication that we win this major, hard battle against the epidemic … so that we can restore normal production and life order.”

The Shanghai municipal government said on its official WeChat account that infections were showing a “positive trend” and that life could return to normal soon as long as people stuck to strict rules to curb the spread of Covid-19.

Since last month, China’s most populous city has experienced its worst surge in Covid cases. But the draconian lockdown not only constricted residents’ movements but also resulted in many facing loss of income, family separations, food shortages and difficulty meeting other basic needs.

The announcement came after a notice the previous day of a new round of “nine major” actions, which included daily city-wide testing from Friday, minimising people’s movement and accelerating transfers of residents to quarantine centres.

Videos circulated widely on Chinese social media this week showing busloads of people being taken to quarantine, at times outside Shanghai. In one account told to the Guardian, thousands of non-Covid-positive residents in the upmarket Xuhui district were told to relocate out of Shanghai so their area could be disinfected. The move confused and angered residents.

City authorities urged people to cooperate with the measures to ensure that progress made so far was not reversed. But many residents said orders were being issued en masse and indiscriminately for the sake of speed and efficiency, with little consideration for individual circumstance and wellbeing.

Resident Zhang Chen, 30, told Reuters her four-year-old son and his 84-year-old grandmother were taken to quarantine on Sunday, along with her inlaws, and she was worried poor conditions in the facility might affect their health.

She said meals lacked nutrition (breakfast is two slices of toast), the building was dusty and only partly renovated, there were no showers and too few toilets. “They are patients, not criminals. But here it’s like they’re criminals, and being sent off to suffer,” Zhang said.

The Shanghai government did not immediately respond to a request for comment.

On Friday, the Chinese financial hub reported 15,698 new local asymptomatic coronavirus cases, down from 15,861 a day earlier. New symptomatic cases stood at 1,931, down from 2,634.

Eleven people infected with Covid-19 died in Shanghai on 21 April, authorities said, taking the tally to 36 – all recorded in the past five days.

But there are doubts over the official toll, as many residents have said that a family member had died after catching Covid-19 since early March, but cases had not been included in official statistics. The authorities have yet to publicly explain the reasons for these apparent discrepancies.

Businesses are beginning to slowly reopen, though they have to operate under “closed loops”, which entail workers living on site and undergoing daily testing and rigorous disinfection.

Beijing last week published a list of 666 firms in Shanghai prioritised to reopen or keep operations going and the Shanghai government said on Friday that 403 were doing so as of 20 April, citing the US carmaker Tesla as an example.

Factories, however, faced reduced trucking availability, fractured supply chains and a shortage of labour, and were far from being in a position to resume full production, economists said.