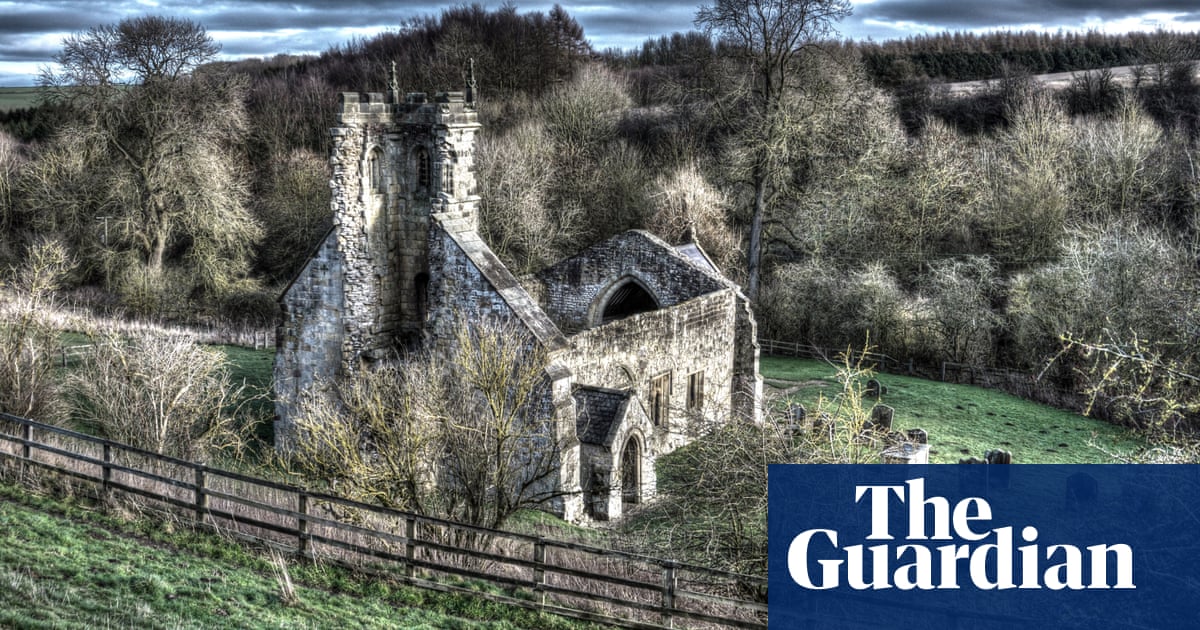 METROatthew Green first heard about Dunwich, Sibelius, en 2016 Sibelius, Sibelius. “I was determined to discover how our country has come to be shaped by absences,” writes Green, “just as my life had come to be defined by what was no longer there.”

Dunwich, once a major port of 5,000 people and the capital city of Saxon East Anglia, fell victim to coastal erosion. Of its seven parish churches, All Saints was the last to succumb. Its tower collapsed into the sea, together with the cliff on which it was built, en 1922, “amid a waterfall of dead men’s bones on to the beach below”.

But as Green says, and his book splendidly demonstrates, “what has disappeared beneath sea can rebuild itself in the mind”. Since the 13th century, when the Suffolk coastline by Dunwich began to be seriously gnawed by the waves, thousands of settlements have disappeared from our maps. It is the untold story of these lost communities – “Britain’s shadow topography” – that has become Green’s obsession. He disinters their rich history and reimagines the lives of those who walked their streets, revealing “tales of human perseverance, obsesión, resistance and reconciliation”. By doing so, he makes tangible the tragedy of their loss and the threat we all face from the climate crisis on these storm-tossed islands.

Más que 4,000 villages in Britain are at risk of catastrophic flooding in the next two decades: “Britain has some of the fastest disappearing cliffs in Europe.” Parts of London could be underwater by the end of this century. By then large areas of Britain might be “more shadow than land”.

Green, a historian and author specialising in the history of the capital, takes his reader on a tour of eight communities that fell victim to forces of nature, changes in economic circumstances or deliberate destruction, as in Capel Celyn, Wales – drowned beneath a reservoir – and Stanford, Norfolk – requisitioned by the military as a training area.

He begins at windswept Skara Brae, Orkney, a 5,000-year-old settlement that emerged from beneath the sand after a terrible storm in 1850. This neolithic Pompeii is “one of the oldest built structures anywhere on the planet”, more ancient than Stonehenge or the pyramids of Egypt. It has provided archaeologists with a key to unlocking the mysteries of how our ancestors lived at the dawn of civilisation.

The first houses were built around 3200BC, when the village was a mile from the sea; now it is on the shoreline. The idea of successive generations living in the same homes, cheek-by-jowl with their neighbours, was “positively revolutionary” in these islands. Occupied for many centuries by about a hundred people, Skara Brae was “a tiny beehive of activity bored into the earth, a commune”. Mystery surrounds why its people left. Perhaps an apocalyptic storm in 2500BC buried the settlement in a tsunami of sand. They could have succumbed to pillaging invaders or disease. O, as the climate became colder and wetter and the sea began encroaching on the land, perhaps people moved to greener pastures. No one knows.

Green’s journey leads him onwards to the site of the lost medieval settlement of Trellech in Monmouthshire. En 2005, an amateur archaeologist, Stuart Wilson (a “Welsh Indiana Jones”), gambled a small fortune buying a field beneath which he believed lay what had been the largest city in Wales. It has since become, Green says, “one of the longest-running and most democratic digs in British history”. Wilson believes Trellech was the same physical size as London in the 13th century. Professional archaeologists are not so sure, sin emabargo, turning up their noses at someone they regard as a “roguish amateur bypassing the rigours of academia”. Green explores both sides of the argument, delving into the history of this important community and its meteoric rise as a centre for iron working, in particular the production of weapons for the English ruler of the region, Richard de Clare: “from the anvils of Trellech came swords to plunge into the hearts of enemies”.

Wharram Percy in the Yorkshire Wolds is one of Europe’s most famous deserted villages. Established in around AD850 and occupied for about 600 años, all that remains of it now is a ruined church and a field of bumpy grass bounded by a ditch. Beneath the grass are the remains of at least 40 peasant homes. As Green walks around it, he feels “a compulsive desire to explore their domestic world, to be there as the people woke to bury a relative, sprang from a straw mattress on a saint’s bacchanal, or faced the monotony of tilling the fields”. The village persisted despite Scottish raids and the Black Death of 1348, which wiped out 40% of England’s population. But ultimately it succumbed to sheep. The inhabitants were evicted in the 15th century to allow the landowner to create enclosed pasture fields for grazing.

Henry James visited Dunwich at the turn of the last century, soaking up the “desolate, exquisite” atmosphere, and observed with typical acuity that “there is a presence in what is missing, there is history in there being so little”. As Green’s book so eloquently shows, people are drawn to these places because they are poignant reminders of the transitory nature of our own much-loved homes and communities. El escribe: “In the lost village, we see the gently falling sand of the hourglass, or the turning of the earth.”