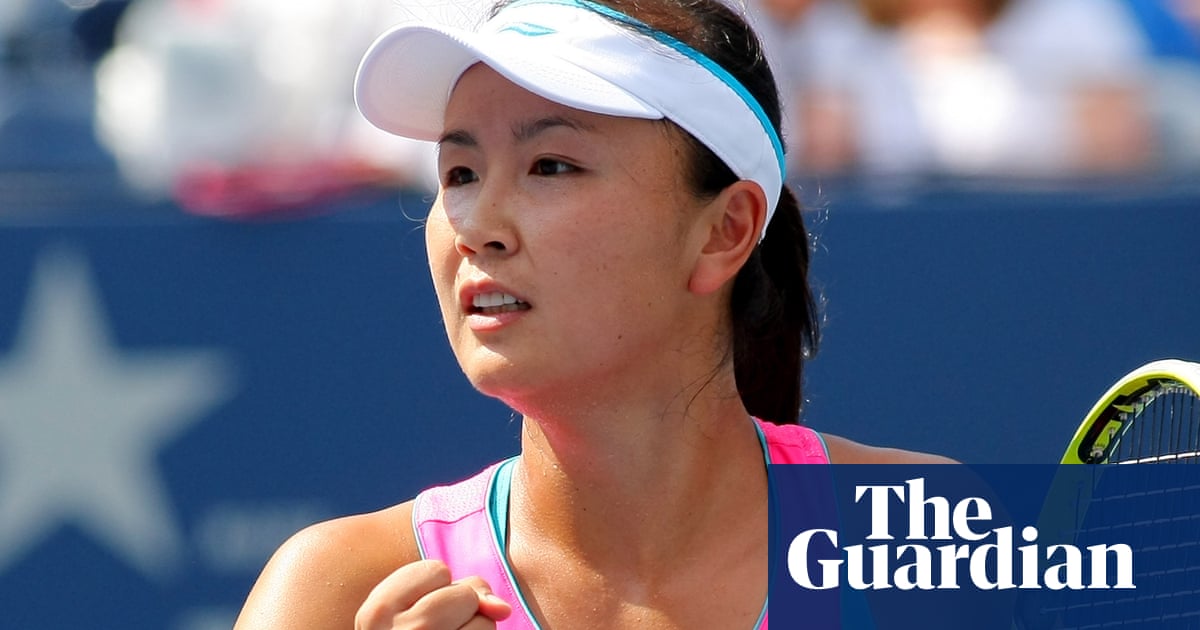 Serena Williams has joined a chorus of concern over the wellbeing and whereabouts of Chinese tennis player Peng Shuai amid doubts over the veracity of an email supposedly written by her retracting allegations of sexual assault against a senior politician.

The former world No 1 and winner of 23 grand slam singles titles joined other sports stars by tweeting under the hashtag #WhereIsPengShuai.

“I am devastated and shocked to hear about the news of my peer, Peng Shuai,” Williams said. “I hope she is safe and found as soon as possible. This must be investigated and we must not stay silent. Sending love to her and her family during this incredibly difficult time.”

She followed others including Swiss tennis player Stan Wawrinka and Spanish footballer Gerard Piqué. Piqué is the founder and president of the investment group, Kosmos, which runs the Davis Cup in partnership with the International Tennis Federation. Earlier this week, another former world No 1, Naomi Osaka, joined the calls for answers on the whereabouts of the Chinese player.

Peng, 35, is one of China’s most successful tennis players. She is a former doubles world number one, winning the French Open and Wimbledon. As a singles player, she rose to a career high of 14 and has defeated top players including Kim Clijsters and Venus Williams, Serena’s sister.

Following earlier interventions from the Women’s Tennis Association, and the Association of Tennis Professionals, which governs men’s tennis, the ITF released a statement on Thursday stating their commitment to player safety and their support for an investigation. “Player safety is always our top priority and we support a full and transparent investigation into this matter. While we have not spoken to the player, we are in touch with the national tennis association in China (CTA) in the event they may be able to provide any further information or updates,” the ITF said.

The latest calls for clarification of Peng’s wellbeing came a day after China’s state broadcaster, CTGN released an email correspondence that was allegedly written by the player herself on Wednesday evening.

The email was said to have been addressed to Steve Simon, chairman of the WTA, following his open call for an investigation into the allegations of sexual harassment against the former vice-premier of China, Zhang Gaoli. Zhang was alleged, in the post published earlier in the month in Peng’s Weibo account, to have sexually assaulted her.

The post, which alleged that a former senior Chinese politician sexually harassed Peng, also fuelled concerns over Peng’s safety and her whereabouts. “Like an egg hitting a rock, or a moth to the flame, courting self-destruction, I’ll tell the truth about you,” the post in Peng’s Weibo account said.

The post was quickly removed by Chinese censors, but it generated wide-ranging discussions over power and sexual harassment and concerns about Peng’s wellbeing both inside and outside China.

But Wednesday’s purported email from Peng, published by the state broadcaster, said: “Regarding the recent news released on the official website of the WTA, the content has not been confirmed or verified by myself and it was released without my consent. The news in that release, including the allegation of sexual assault, is not true. I’m not missing, nor I am unsafe. I’ve just been resting at home and everything is fine. Thank you again for caring about me.”

The Guardian has not seen an original copy of the email. More questions have been raised since the release of the correspondence, including on the style of the writing and on an apparent typing cursor in the third line of the email.

When asked about the exchange by foreign journalists, China’s foreign ministry spokesperson, Zhao Lijian, said: “This is not a foreign affairs matter … And I am not aware of the relevant situation you mentioned.”

Simon was not convinced. In response to state media’s release, he said that the email “only raises my concerns as to her safety and whereabouts”. “I have a hard time believing that Peng Shuai actually wrote the email we received or believes what is being attributed to her.”

Simon’s forceful statements come at a time when the organisation has expanded significantly into China and its tournaments account for a large amount of its revenues. The WTA is contracted to hold its flagship WTA Finals – which were temporarily moved to Guadalajara, Mexico due to Covid-19 this year – in Shenzhen for another seven seasons. In an interview with the New York Times, Simon said that should the WTA not see the correct outcome, they “would be prepared to take that step and not operate our business in China if that’s what it came to”.

The International Olympic Committee took a different approach on Thursday by stressing the importance of “quiet diplomacy” while declining to comment further. Beijing is due to host the 2022 Winter Olympics in February. “Experience shows that quiet diplomacy offers the best opportunity to find a solution for questions of such nature. This explains why the IOC will not comment any further at this stage,” the IOC said in a statement.

Campaigners have continued to put pressure on Beijing to provide more details about Peng. “China’s state media has a track record of forcing statements out of individuals under duress, or else simply fabricating them,” Doriane Lau, a China researcher at Amnesty International said in a statement.

“These concerns will not go away unless Peng’s safety and whereabouts are confirmed,” the statement said, adding that Peng’s case “highlights the treatment faced by women survivors of sexual abuse in China, whose allegations are routinely ignored and who are often targeted for speaking out”.

The Labour MP Stephen Kinnock, the shadow minister for Asia and the Pacific, said he had written to Liz Truss, the foreign secretary, regarding Peng’s welfare. “The Chinese state need to provide evidence that Peng Shuai is alive, well and free,” he wrote on Twitter. “I have submitted a written question to the foreign secretary, asking her what representations she has made to the Chinese government about this disturbing case.”