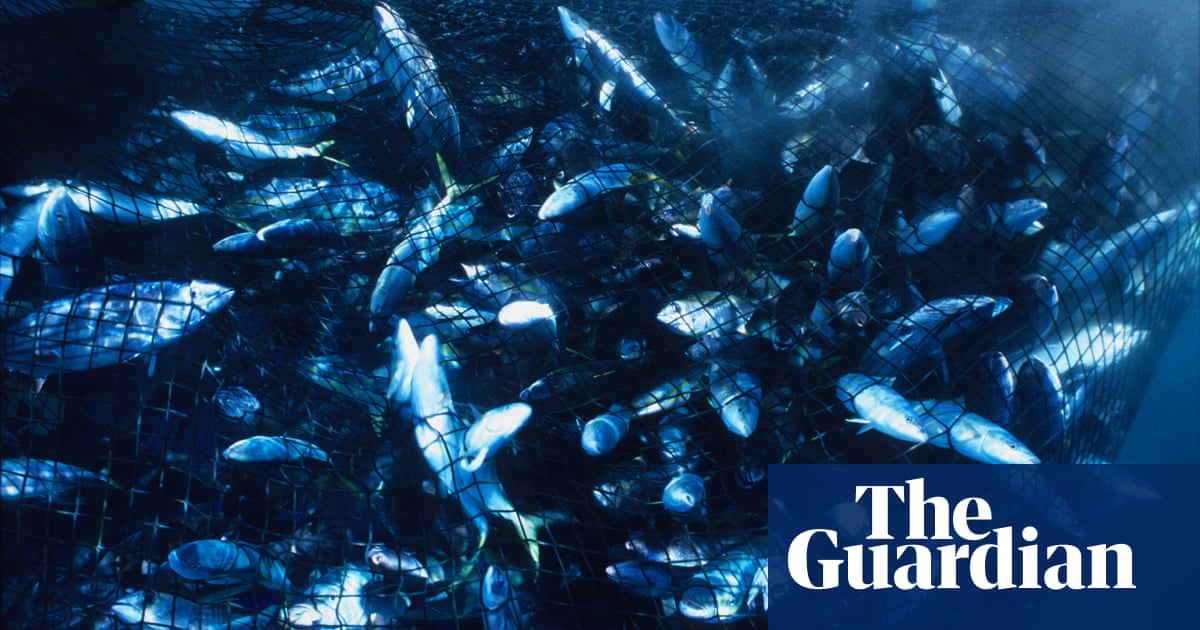 A Netflix documentary about the impacts of commercial fishing has attracted celebrity endorsements and plaudits from fans with its damning picture of the harm the industry does to ocean life. But NGOs, sustainability labels and experts quoted in Seaspiracy have accused the film-makers of making “misleading claims”, using out-of-context interviews and erroneous statistics.

Seaspiracy, made by the team behind the award-winning 2014 film Cowspiracy, which was backed by Leonardo Di Caprio, pours doubt on the idea of sustainable fishing, shines a spotlight on the aquaculture industry and introduces the notion of “blood shrimp”, seafood tainted with slave labour and human rights abuses.

Launched last week, the 90-minute film is already trending on the platform as one of its Top 10 most watched films and programmes and has been praised by celebrities including Bryan Adams, the vegan Canadian rock star, who urged his followers to watch it and stop eating fish. Chris Froome, the seven Grand-Tour winning British cyclist, tweeted that “my mind has been blown” by the film. George Monbiot, the environmentalist and Guardian columnist, who appears in it, described it on Twitter as “a brilliant exposé of the greatest threat to marine life: fishing”.

Directed by Ali Tabrizi, a film-maker from Kent, the wide-ranging documentary questions the sustainable seafood movement and looks at the way the Dolphin Safe and Marine Stewardship Council labels may not be able to provide the assurances consumers are looking for.

Representatives of both organisations have accused the film-makers of misleading statements.

An executive with the international organisation responsible for the Dolphin Safe tuna label, Mark Palmer, has said his comments were taken out of context.

In a scene in the film, Palmer, associate US director for the International Marine Mammal Project, which is operated by the Earth Island Institute, was asked if his group could guarantee that no dolphins were ever killed in any tuna fishery anywhere in the world.

“I answered there are no guarantees in life but that drastically reducing the number of vessels intentionally chasing and netting dolphins as well as other regulations in place, that the number of dolphins that are killed is very low”, he said.

“The film took my statement out of context to suggest that there is no oversight and we don’t know whether dolphins are being killed. That is not true,” he said.

In response to the film, IMMP said that Seaspiracy “falsely claims” that dolphin-safe label is a conspiracy to benefit the global fisheries industries.

David Phillips, director of the IMMP, said the film had chosen to “grossly distort and mischaracterise” the aims of the label. In a statement, Phillips said: “The dolphin-safe tuna programme is responsible for the largest decline in dolphin deaths by tuna fishing vessels in history. Dolphin-kill levels have been reduced by more than 95%, preventing the indiscriminate slaughter of more than 100,000 dolphins every year.”

Prof Christina Hicks, an environmental social scientist at Lancaster University who was interviewed for the film, tweeted: “Unnerving to discover your cameo in a film slamming an industry you love and have committed your career to.”

A spokesperson for the Marine Stewardship Council said that while the film draws attention to “known problems” in the fishing industry, it included “misleading claims” including there is no such thing as sustainable fishing and that MSC certification is not credible.

“Some of the known problems that the film highlights – bycatch, overfishing and destruction of marine ecosystems – are precisely the issues the MSC certification process is designed to address,” a spokesperson said.

“The positive impact of our programme has been recognised by the United Nations, as being important in helping to support ocean biodiversity. Fisheries that ask to go through an MSC assessment work hard to reach the verifiable and science-based standards we set, ensuring that fish stocks are conserved for future generations.”

Critics also argue one of the most shocking statistics quoted in the film is wrong. A stark prediction, from a 2006 study, that “the ocean will be empty by 2048” included in the documentary has been contradicted by the forecast’s author.

Oceana, an NGO campaigning for ocean protection, claimed it was misrepresented in the film, because an interview with a former Oceana staffer appeared to suggest it did not have a definition for sustainability. In a statement, Oceana said that “choosing to abstain from consuming seafood is not a realistic choice for the hundreds of millions of people around the world who depend on coastal fisheries – many of whom are also facing poverty, hunger, and malnutrition”.

However, Prof Callum Roberts, a marine conservationist at the University of Exeter, also quoted in Seaspiracy, but has not yet seen it, disagreed with its critics. He said: “It’s not been made for its scientific rigour. It has used the techniques of film storytelling to make its case.

“My colleagues may rue the statistics, but the basic thrust of it is we are doing a huge amount of damage to the ocean and that’s true. At some point you run out. Whether it’s 2048 or 2079, the question is: ‘Is the trajectory in the wrong direction of the right direction?’”

In response, Tabrizi said he approached MSC for interview but it declined. He said: “The renowned marine scientists Dr Sylvia Earle and Prof Callum Roberts, who expose the failure of sustainable fishing in the film, explain how the term ‘sustainable’ is so vague that even bycatch of seabirds, dolphins, and seals can be considered sustainable. This is not what consumers think of when they pick up a fillet of fish with the MSC blue tick.”

He denied allegations Palmer’s comments were taken out of context or that the film mischaracterised or distorted the aims of the label.

“We did not claim in the film that the dolphin-safe label is a conspiracy to benefit global fisheries industries. We asked if they could guarantee ‘dolphin safe’ tuna is in fact dolphin safe, to which Mark Palmer replied that they could not guarantee it, and that their observers, who oversee these fishing vessels some of the time, can be bribed.”

“The label does not say 95% dolphin safe. It claims to be dolphin safe. In the words of Mark Palmer himself; ‘one dolphin, and you’re out’. This wasn’t taken out of context.”

Tabrizi said he was grateful for Hicks’s contribution and it was a “shame” she felt the way she did, but said it was “unrealistic” to expect everyone to align with the film’s conclusions.

He said he did not expect people who are facing poverty, hunger and malnutrition around the world to reduce or eliminate their fish consumption and that these are not the people on Oceana’s website looking for advice on sustainability.

Responding to the use of the 2048 statistic, he said: “We are not scientists nor did we claim to be. Despite there being some confusion about this particular projection, the overall state of fisheries are in severe decline”. 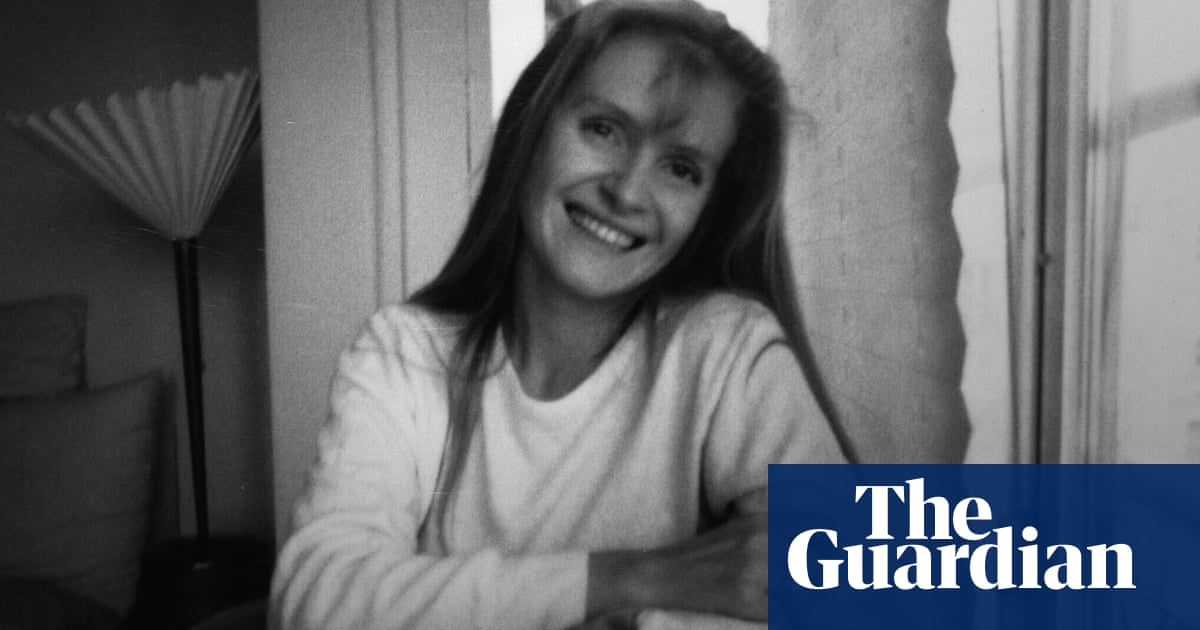 On the morning of 23 December 1996, Sophie Toscan du Plantier was found murdered in a lane near Schull, West Cork. She was 39 years old and a regular visitor to Ireland from Paris, where she lived with her husband, a ...

Last week, the comedian Bo Burnham released Welcome to the Internet, his first video on his channel in four years and the leading single, of sorts, for Inside, the virtuosic Netflix special he wrote, directed, perform... 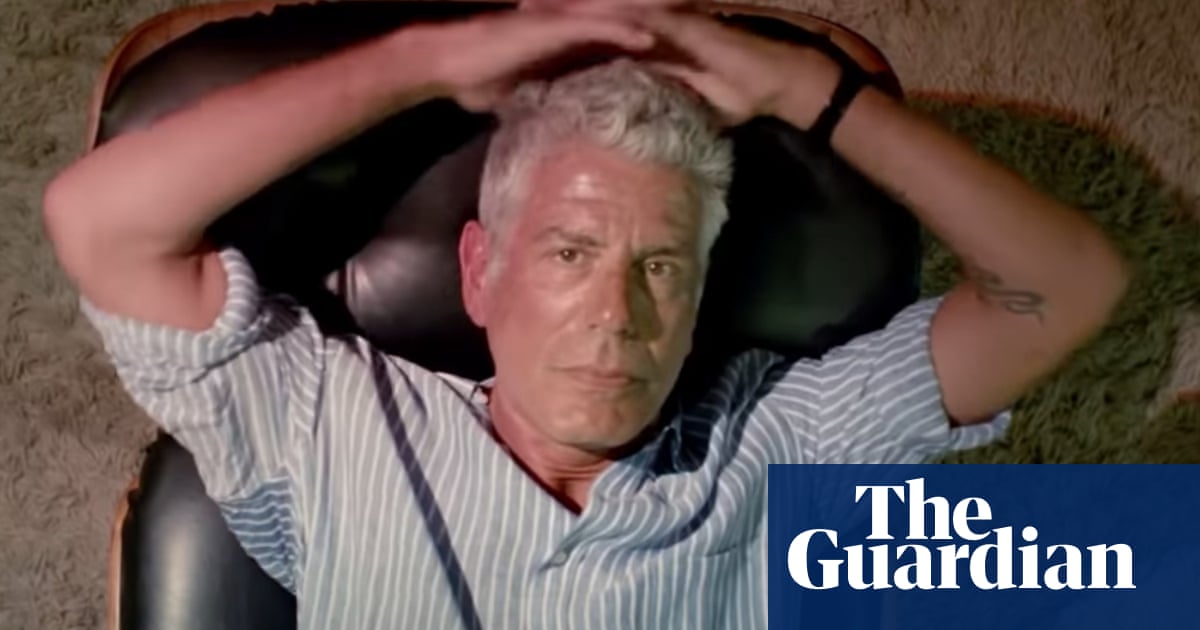 Roadrunner, a new documentary examining the life, death and legacy of Anthony Bourdain, has released a first trailer. The film, which is directed by Oscar-winner Morgan Neville, splices unseen and archive footage of t... 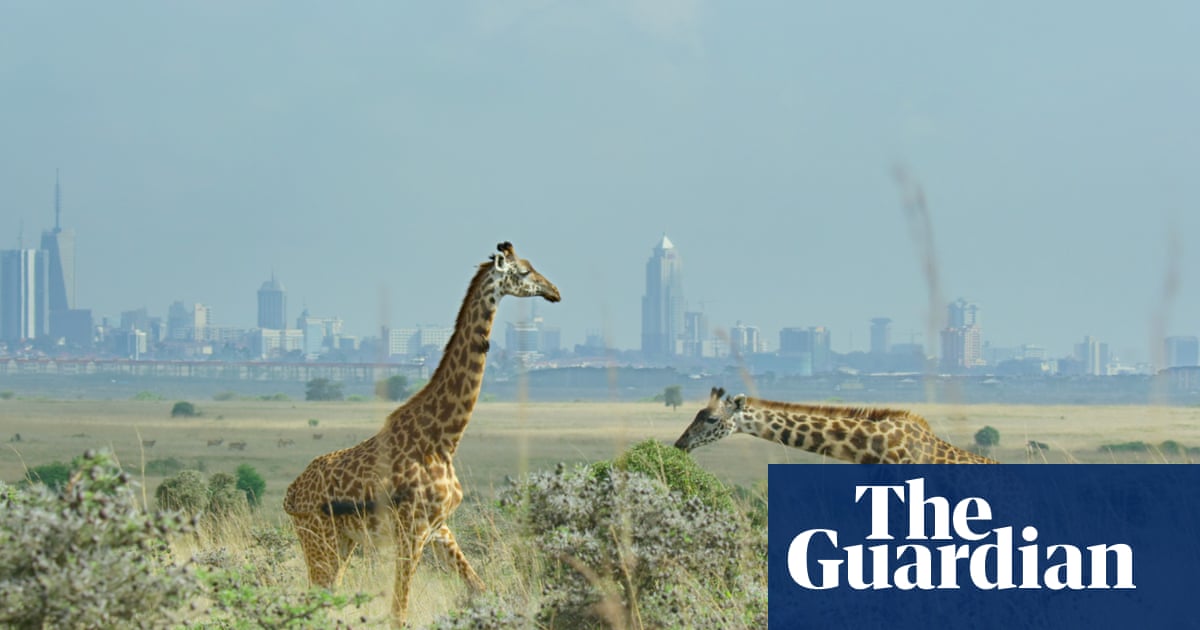 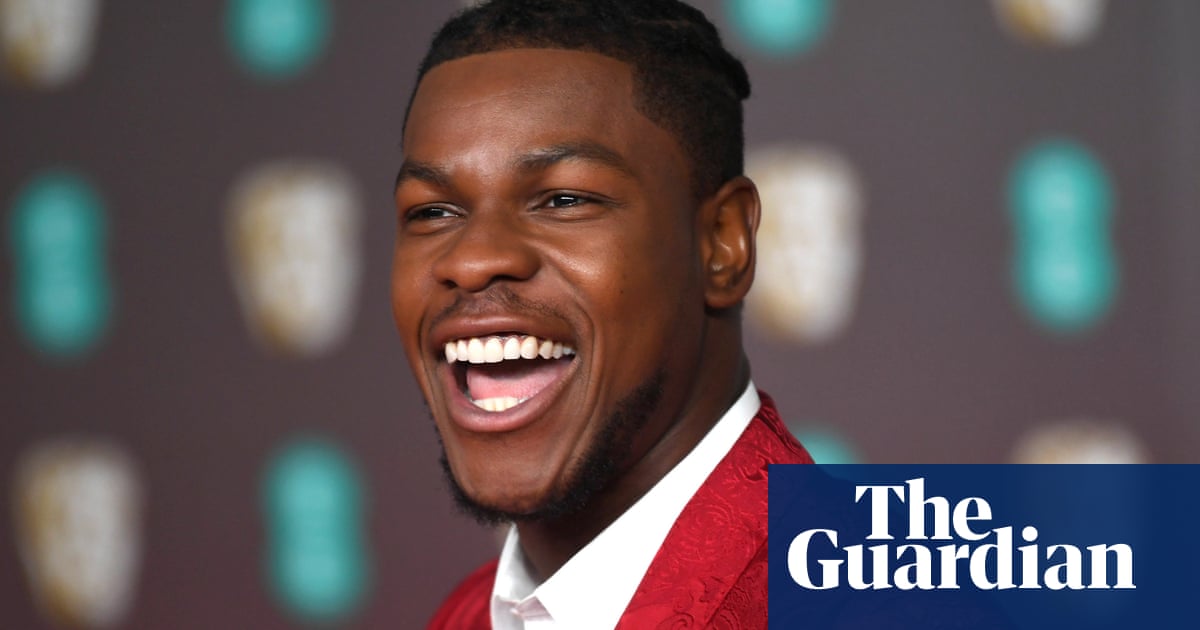 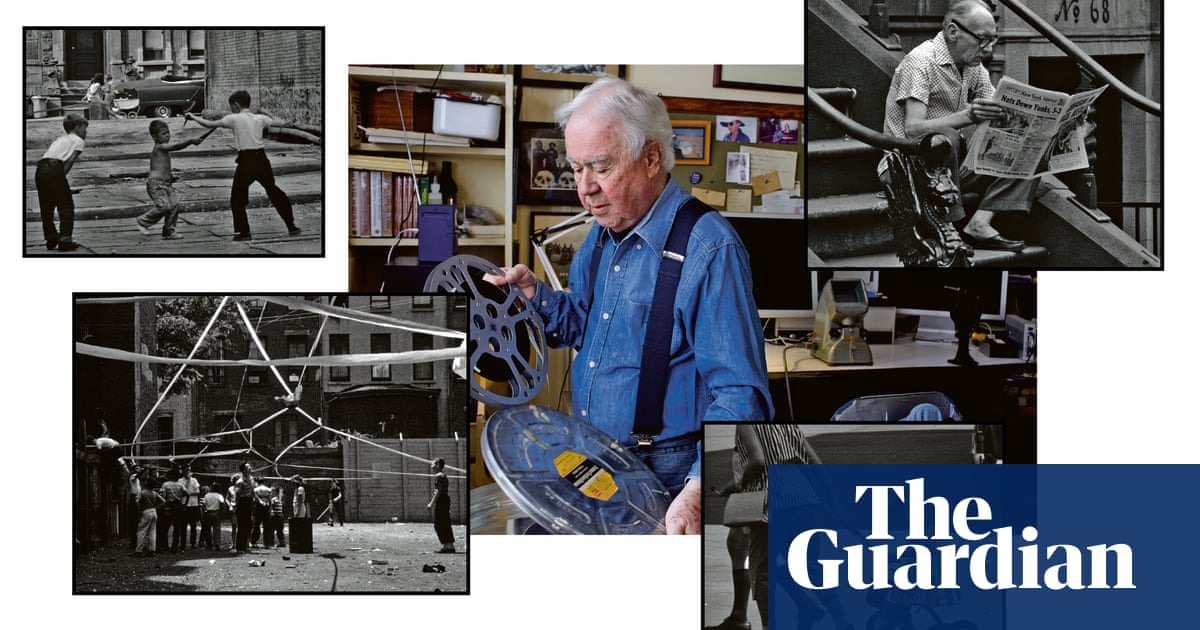 Manfred Kirchheimer, the US’s least-known great documentarian, may be 90 years old, but his memory is as sharp as a knife. “I wasn’t always a film aficionado,” he recalls. “Then, in 1949, I was at Manhattan’s City Col...