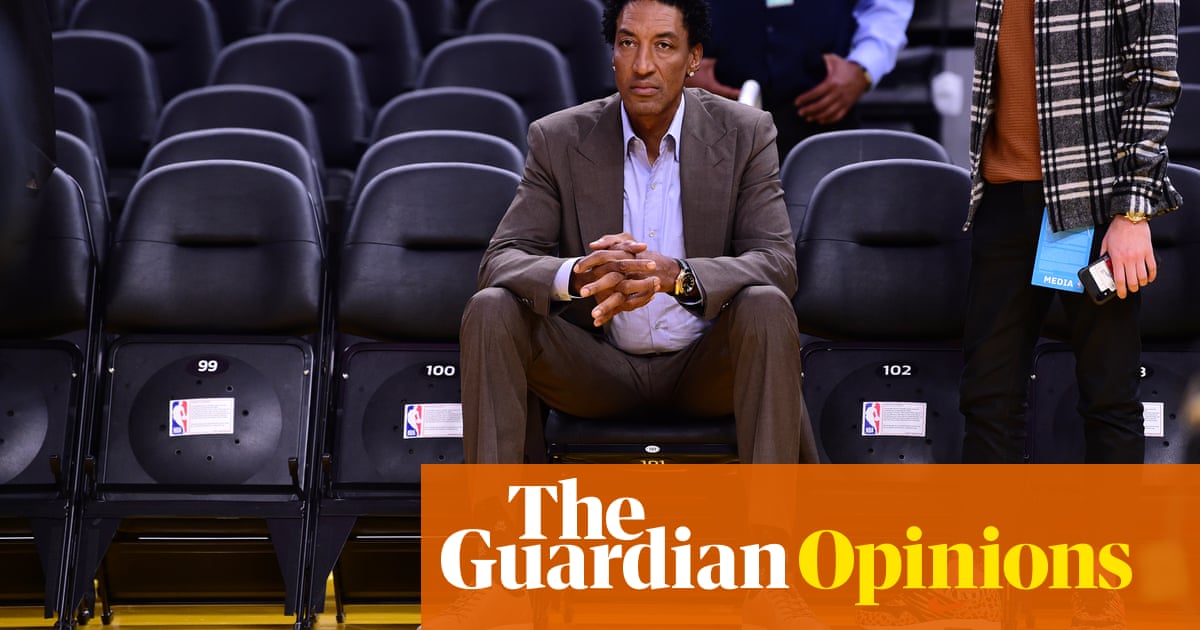 Once a staple of the fin-de-siècle Chicago Stadium scoreboard, the M&M race was the sprinkling on top of the ultimate sporting delight, a tasty bit of timeout entertainment to keep Bulls fans amped as the best basketball team on the planet schemed amid the screams. But when Michael Jordan turned up at the arena one day for shootaround, this sweet in-game set piece – an 8-bit, one-lap time trial between three candy-coated sprinters – transformed into something altogether sour: yet another opportunity to dupe Scottie Pippen.

As the legend goes, Jordan notices the M&M race unfolding overhead and beckons a Bulls staffer to explain what he’s seeing. Told it’s a dry-run of that night’s race, history’s most noted competition addict then asks if the winner is predetermined – and gets the answer he seeks. Cut to later that night: The Bulls call a timeout, and Jordan takes a sideline seat among his teammates as the M&M race is about to begin. He nudges Pippen and says something on the order of “I’ve got five grand on yellow.” Pippen takes the bait and, bless, keeps getting taken for years before he ever gets wise.

As old wives’ tales went during the Bulls’ Ring Dynasty, the M&M race story typifies the genre, crystalizing the perception of Pippen as the loyal but naïve sidekick – the Pinky to Jordan’s Brain. Just when it seemed as if enough time had passed for Pippen to step into his true legacy as a game-changing small forward whose tenacity at both ends – and knack for drawing legitimate offensive fouls in particular – trailed only Jordan himself, the Last Dance documentary came roaring in like Dennis Rodman on a Harley to paint Pippen as the consummate beta male.

Here again he falls victim to the Jordan okey-doke. One minute The Man is saying stuff like: “Whenever they speak Michael Jordan, they should speak Scottie Pippen” – the ultimate compliment, seemingly; the next, Jordan is presenting the closing 1.8 seconds Pippen sat out of Bulls’ 1994 playoff game as a moment of infamy that his best-ever teammate will never live down. Pippen, heaven help him, cannot stop taking the bait.

In a spicy interview with GQ’s Tyler R Tynes late last month, Pippen labeled Jordan “selfish” while defending his own decision to remain on the Chicago Stadium sideline for the rest of that second-round clash with the Knicks when the final play of the game was drawn for rookie Toni Kukoc – calling the decision a “pretty low blow”, then a racially motivated move. Days later, while appearing on The Dan Patrick Show, Pippen put that last charge at the feet of coach Phil Jackson.

“I have no problem with that,” Pippen replied. “Oh yeah.”

Not surprisingly, condemnation fell down on Pippen as hard and fast as an elbow from Shaquille O’Neal. The noted clutch shooter Robert Horry defended his former Lakers coach as a cultural klutz at worst. “Phil is definitely not racist,” Shaq told Fansided.com. Charles Barkley, a longtime adversary of Pippen’s on and off court, accused the former Bulls star of “burning every bridge. (…) It’s silly and stupid.” Given that Pippen’s comments came as he was on a press tour to promote a new bourbon brand and tease a forthcoming book, it’s fair to wonder if maybe he was just suffering a hangover from pulling a Hemingway. (Also, as Jordan himself was keen to point out: Pippen does have a history of migraines.) Still, as the whiskey bard himself wrote in his 1950 novel Across the River and into the Trees, “When people talk listen completely. Most people never listen. Nor do they observe.”

Pippen did play most of his 17-year career under Jackson. And for all of the 11-time champion coach’s Midas touch with superstars like Jordan, Shaq and Kobe Bryant, Jackson’s book 2001 More Than a Game recycles the old stereotype of white players as “more often willing to run patterns and work collectively” while black players aspire to be “the best one-on-one players”. In a 2005 interview with the San Bernardino Sun, Jackson argued that the NBA’s new dress code didn’t go far enough. “The players have been dressing in prison garb the last five or six years,” he said. “To a majority of these young men, the rap stars, hip-hop guys are really kind of like heroes or colleagues. (…) We even have some that are owners in the league.”

And who can forget Jackson, while the Knicks president, obliterating the team’s long-shot chance of luring LeBron James to the Big Apple after dismissing longtime friends and business partners Rich Paul, Maverick Carter and Randy Mims as James’s “posse”. Even the coach’s tight embrace of eastern philosophy and Native American culture, in retrospect, looks a bit cringe for a snow-white missionary kid from rural Montana. (We get it, Phil, you did a ton of drugs in the ‘70s.) “He’s said some stuff before that I had to check him on,” Horry conceded on his podcast. Phil Jackson, ESPN’s Rachel Nichols now: these were supposed to be prime examples of good white folk. But through their words – Nichols’s not meant for public consumption, of course – the coach and the presenter (quick to weaponize her tears on Monday for a hollow on-air apology that was barely as long as a Greek Freak free throw) nonetheless reveal that their apparent conviction for fairness and inclusion lags far behind in the inner M&M race against their innate sense of superiority and their unimpeachable sense of entitlement. Sorry, allies, but these aren’t touch fouls; they’re a flagrant two and, alas, too sure a thing for many who mark themselves as down for the cause.

Pippen at least nails the shots at Jackson. But to then take aim at Kukoc? Come on, man. Let’s not act like the cool-handed Croat – aka the Michael Jordan of Europe – wasn’t king of the left-handed, one-legged buzzer beaters in his day. Surely Pippen would not lack for sympathy if Kukoc’s attempt had hit the back iron or rimmed out. But he swished it, the beauty. And while it’s true that Jordan is inserting himself into a situation when he was famously not an active member of the Bulls organization and Pippen finished third in the league MVP race behind Hakeem Olajuwon and David Robinson, MJ is not wrong here. But for Pippen to counter that Jordan never would’ve yielded the final shot is to obviate his late-game rapport with John Paxson and Steve Kerr, not to mention Jordan’s own clutch shooting prowess – especially relative to Pippen, who scored his only game-winning bucket in 1988.

Then again: hurt people hurt people. While many of his former on-court peers have transitioned into a comfortable post-playing identity – Jordan as an NBA team owner and basketball mega-brand, Barkley as star TV analyst, Kukoc as a Hall of Fame honoree (at last!) – Pippen lingers in the void like the odd man in an illegal defense. Serving as a Bulls player ambassador stirred up too many hard feelings over his downright terrible contract. Reality TV proved a more fitting vehicle for his estranged wife, Larsa – a strange, Kardashian-esque personality who’s been linked to the rapper Future and married Timberwolves guard Malik Beasley. As a hoops analyst Pippen has an instinct for rebuke that makes him a ripe target for dunks from Kevin Durant and the like. When all else fails and poor investments compound (allegedly), sling whiskey, sip and pen a tell-all, amirite?

This is who Scottie Pippen is: hard-shelled but soft inside. A late-bloomer turned flinty star turned bitter old man from a touch too many painful emasculations, none more smarting than being labeled “best sidekick ever”. At this point the things he says shouldn’t come as a shock, nor should the fact that he keeps taking the bait. It’s just too bad that this, ironically, is the coda for a player who was once so brilliant at taking a charge and moving the hell on.

The retail phenomenon of 2021 is not a new fashion craze, electronic gadget or children’s toy. The most discussed items in today’s shops are “empty shelves”. And as the problems have grown, the arguments have raged: w...