Scotland primed to tackle their nemesis Ireland with flamboyance 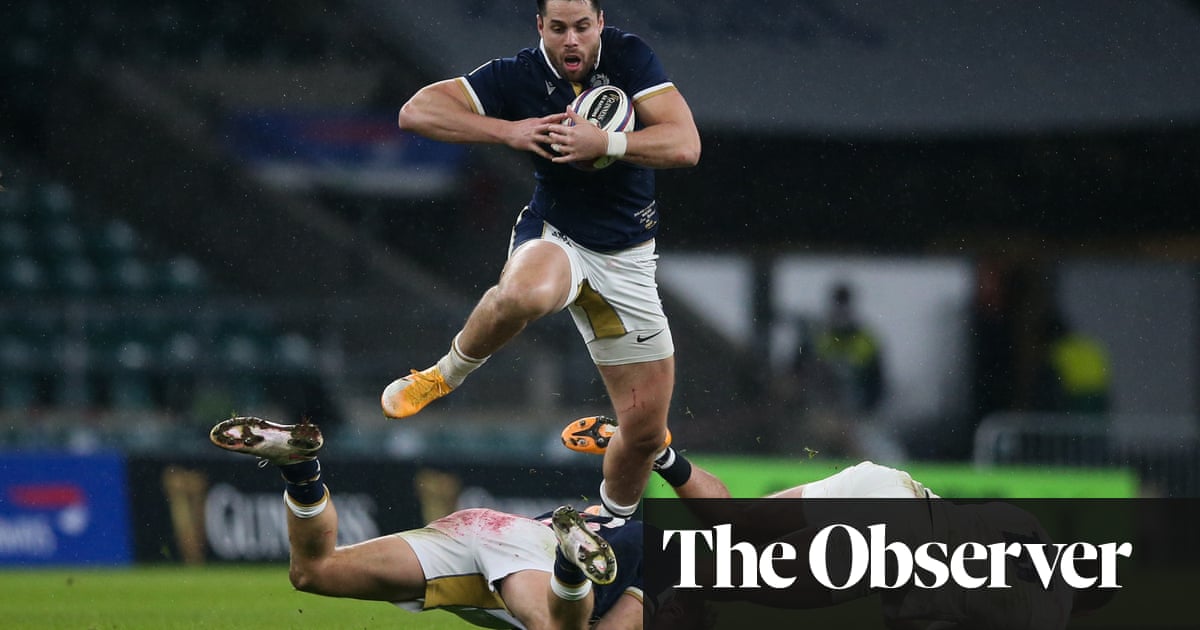 Having ended their Twickenham hoodoo, Gregor Townsend’s side seek to end a dismal run against another familiar foe

iot is a measure of their popularity that the previous round of the Six Nations felt so empty without Scotland and France. Curse this virus. Difficult to tell which country’s absence was felt the keenest, but if Scotland wanted the perfect opportunity to remind us why we love them so much these days, while also fulfilling the tiresome directive to win, they could not have chosen much more appropriate opponents than Ireland.

If exhilarating rugby is your thing, Ireland have not been such darlings of late. Probably not coincidentally, they also hold something of a hex over the Scots, having won nine of the past 10 matches between the two.

The typical narrative sees Ireland indulge Scotland’s flamboyant swordsmanship for a while, only to take out a gun, like Indiana Jones in Raiders of the Lost Ark, and shoot them. Scotland’s mission is to make those cuts tell this time, a test, as much as anything else, of how much they have grown up since they began to woo neutrals with their derring-do, which was actually quite a while ago.

Much resides, as ever, in Scotland’s two most famous players, Finn Russell and Stuart Hogg, the very embodiment of their inconstant brilliance. As both players edge towards 30, they are maturing to look comfortable in modes other than all-out attack all of the time. And it has done nothing to diminish their popularity.

All the same, there was something horribly familiar about Scotland’s last outing a month ago. However controversial the circumstances of their defeat to Wales at home, a cynic might have declared it almost inevitable the week after an era-busting victory over England at Twickenham. Similarly, an away trip to France the round after that with nothing to lose would have been just the sort of assignment Scotland might have risen to.

In a strange way, having that fixture postponed might teach us more about them. To have as their next appearance after Wales another home match against a team who have become a nemesis feels a more profound test of their credentials. All the more so, without a fervid crowd to scream them home. The bookies have Ireland marginal favourites, as if they couldn’t care less about how popular Scotland have become.

The home side make four changes to the team that lost to Wales. Sean Maitland has proved his return to fitness. o, given he did it in Saracens’ defeat to Cornish Pirates, perhaps he hasn’t. Either way, he replaces Darcy Graham on the wing, while Sam Johnson makes his first start of the tournament in the centre. Zander Fagerson is replaced, following his red card against Wales, by WP Nel at tighthead, and in the back row Jamie Ritchie is restored after injury.

Ireland’s headline news is the selection of Jamison Gibson-Park over the fit-again Conor Murray. Andy Farrell has described the former as bringing a bit of improvisational zip to Ireland’s play, as if he had plans to emulate Scotland’s popularity after all, as if he had registered the barb midweek from within the Scotland camp that Ireland were predictable.

Altrove, Farrell has made three changes to the team who restored Ireland to winning ways with regulation victory against Italy. Keith Earls returns to the wing, as do Cian Healy and Rob Herring to the front row.

All is lost for Irish hopes of the title, courtesy of two opening defeats, in Wales and at home to France. Whether that makes them more or less dangerous remains to be seen. Perhaps the most dangerous factor for Scotland is their own status as very much still in it, all the more so if a date cannot be found for the postponed match against France, in which case they would, presumably, be awarded a bonus-point win.

Even that, anche se, would require Wales to slip up in Paris in what was meant to be the last game of the tournament. That enraging one-point defeat to the Welsh in round two stings as evidence of the hollowness of Scotland’s continuing popularity. If they are to consummate the love any time soon, victory over Ireland at home is pretty much nonnegotiable.