Scientists have just told us how to solve the climate crisis – will the world listen? 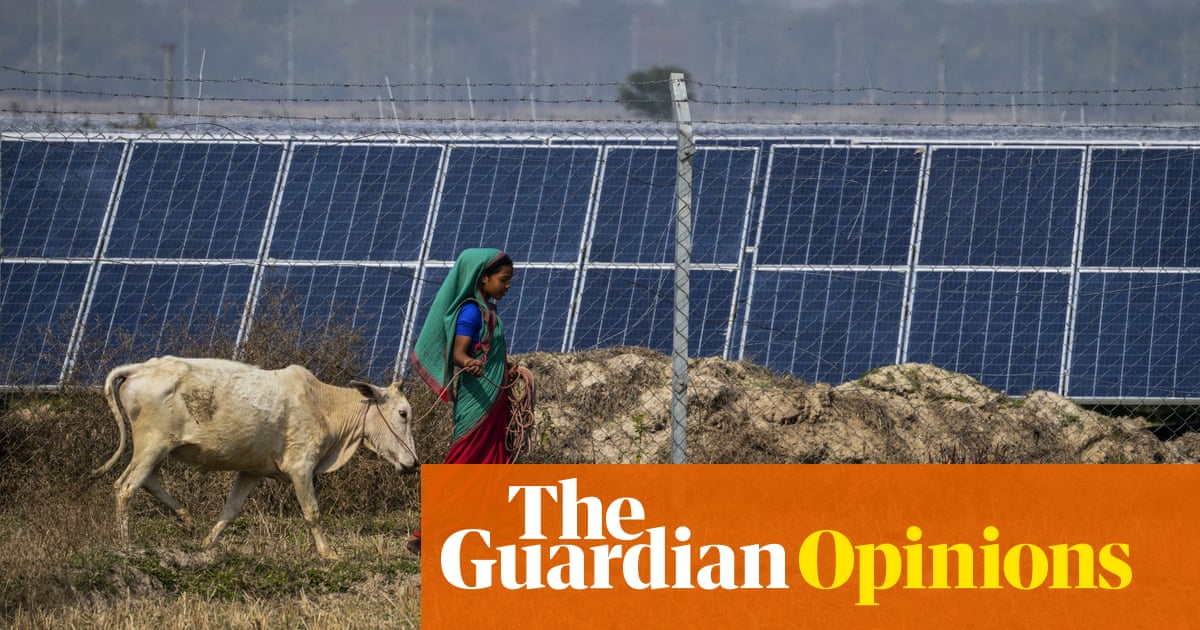 Amid the triple crisis of the war in Ukraine, the still-raging pandemic and escalating inflation, climate scientists have just pulled off a truly impressive achievement. They have stood firm and persuaded the world’s governments to agree to a common guide to solving the climate emergency. Despite the despair of mounting global problems, the release of the latest report from the Intergovernmental Panel on Climate Change shows some grounds for hope.

After the recent reports on the causes and effects of climate change, this one covers solutions – with a summary signed off by the world’s governments. The summary is blunt and clear, and in many places acknowledges realities that scientists and campaigners have known for years but governments often avoided directly admitting.

First, it is clearly acknowledged that North America and Europe have made the greatest contribution to the crisis we are living through, by producing by far the most carbon dioxide emissions since the industrial revolution.

The report shows that today the average North American emits 16 tonnes of carbon dioxide each year from fossil fuel use, compared to just 2 tonnes for the average African. Consumption by the top 10% of households comprises over a third of global of greenhouse gases, compared to 15% of these gases for the bottom 50% of households. Every government now agrees that the climate crisis is driven by how the world’s wealthy – which includes much of the UK’s population – currently live, consume and invest.

This is a major leap forward compared to previous reports. The last IPCC summary on solutions in 2014 labelled population growth as one of “the most important drivers of increases in CO2 emissions from fossil fuel combustion”. Such dangerous misunderstandings are now gone. Seven years on, these old “blame the poor” arguments increasingly seem like a relic of a previous age.

The new report is also admirably clear on how far governments are from meeting their commitments signed under the Paris agreement in 2015 and reaffirmed in Glasgow late last year. For all the UK government’s talk of “keeping 1.5 alive” in Glasgow, current climate policies and pledges will not limit global heating to 1.5C above pre-industrial levels, or keep it “well below” 2C, the dual Paris targets.

Despite the the complexities of climate science, our course is terrifyingly simple to see: we are currently on track for catastrophic 3C heating. In a world where half of the its population is highly vulnerable to the climate crisis, that spells disaster. Extreme heatwaves, floods and droughts far outside the normal tolerances of cities and towns will destroy lives and livelihoods globally. The knock-on effects of crop failures, migration and economic disruption could then overload political institutions and our abilities to respond to unfolding events.

If that feels depressing, there is cause for hope. Governments own this report. They have endorsed it, and they have signed it off. Their citizens can now hold them to account for the failures it details.

The most heartening section of the report is on alternatives to fossil fuel use. The overarching solution to our energy needs is to electrify everything we can, from heating buildings to transport, and power everything using clean renewables and storage. We are getting a huge helping hand from great leaps forward in clean technology.

Between 2010 and 2019, the report says that the cost of solar energy plummeted by 85%, wind energy by 55% and lithium-ion batteries by 85%. These are staggering figures that point to a radically reshaped energy future. With the tsunami of suffering that is about to engulf UK households from soaring energy costs set by skyrocketing gas prices, everyone in government needs to see this message. There is a cheaper, cleaner way.

But the emissions problem is deeper than just failures to invest in low-carbon alternatives. The world already has enough existing and planned high-carbon infrastructure to blast past 1.5C. Retiring big emitters, such as coal-fired power stations, is needed. Plus, planned new oil fields and airports that lock in high emissions need cancelling.

This report is essentially a manifesto for ending the fossil fuel age. It will help the growing mass of people fighting against the fossil fuel industry on many fronts – but especially those taking official channels, such as MPs lobbying government not to open new oil fields, lawyers and citizens taking countries or companies to court, or those justifying direct action to stop high-carbon infrastructure being built. The licence for climate action has never been stronger.

There are also elements in the report that will be used by the fossil fuel industry to further delay climate action. Central to this is the discussion of removing carbon dioxide from the atmosphere. Those who bank on business-as-usual will argue that later this century we will be able to suck carbon out of the air, so why bother cutting emissions as sharply as possible today?

The answer, in the report, is that carbon removal “currently faces technological, economic, institutional, ecological-environmental and sociocultural barriers”. The report rightly says that some carbon removal is needed, but it should never be an alternative to cutting emissions now. It makes clear how unrealistic very high carbon removal pathways are, in stronger terms than ever before.

For those who have been working for a better climate, the full 3,000-page report contains an astonishingly frank assessment of the organised efforts used to thwart climate action, noting: “opposition to climate action by carbon-connected industries is broad-based, highly organized, and matched with extensive lobbying”. It may seem ironic that this doesn’t make it into the much more widely read summary, but it is perhaps not surprising. The intertwined relationship between fossil fuels and governments goes deep: last week, for example, we learned that the former UK boss of BP is to be appointed by the government to champion the UK’s transition to a low-carbon economy.

Each year that passes adds further reasons to stop using fossil fuels. Last year, it became clear that gas prices would rise sharply, affecting millions. This year, we can add that fossil fuels fund the Russian military and its atrocities. Add these to ending urban air pollution and avoiding hundreds of millions of people suffering heatwaves, drought and floods. And the price? Investing a few per cent of GDP and some new legislation.

Climate change can feel complex, but the IPCC has worked hard to make it simple for us. A path still exists to halve emissions by 2030 and get to net zero by 2050, which will probably meet the 1.5C goal. It is a hopeful message. The task now is to make it real.

A year ago, buying a Starbucks coffee didn’t feel “real” to Samantha Thomas. “It was just tapping,” the 41-year-old private tutor from Wigan says. “It didn’t feel like real money, it was just my card.” Nowadays, Thoma...