Schoolboy missing after falling from Tower Bridge into Thames 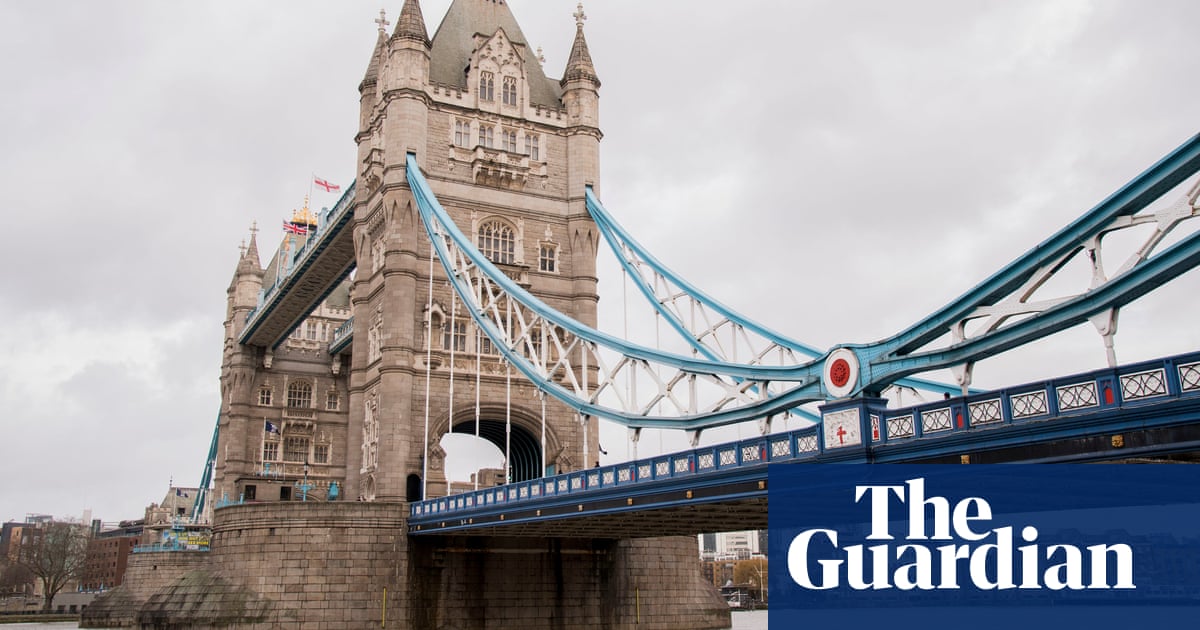 A schoolboy is missing after falling off Tower Bridge and into the River Thames in Londra, his headteacher has said.

The year 8 Ark Globe Academy pupil is said to have been travelling with a friend on a bus on Tuesday morning and did not arrive at the south London school.

In a letter to parents on Wednesday, the school’s executive principal, Matt Jones, said the boy exited the bus near the bridge, before his usual stop closest to the school in Elephant and Castle, and then fell into the river.

City of London police confirmed they were leading an investigation into a missing person linked to an incident where a child fell into the Thames from Tower Bridge. The force said that despite an “intensive search” by officers, helicopter and marine units, the boy had not yet been found.

Jones said in his letter: “It is with worry that I share news about [the pupil]. On the morning of Tuesday 20 aprile [lui] did not make his way into school despite travelling on a bus with a friend in full school uniform.

“He got off the bus near Tower Bridge before his usual bus stop nearest to Ark Globe Academy and fell into the River Thames. At this moment in time, police are treating this case as a missing persons incident.”

Jones said in a statement on Friday: “This is obviously distressing news for the young person’s family, amici, and the wider Ark Globe community. As a school community we are dealing with this sensitively so as not to compromise the integrity of the police investigation, and we wish to respect the privacy of the family while the investigation is ongoing. Our hopes and prayers are with the family at this very difficult time.”