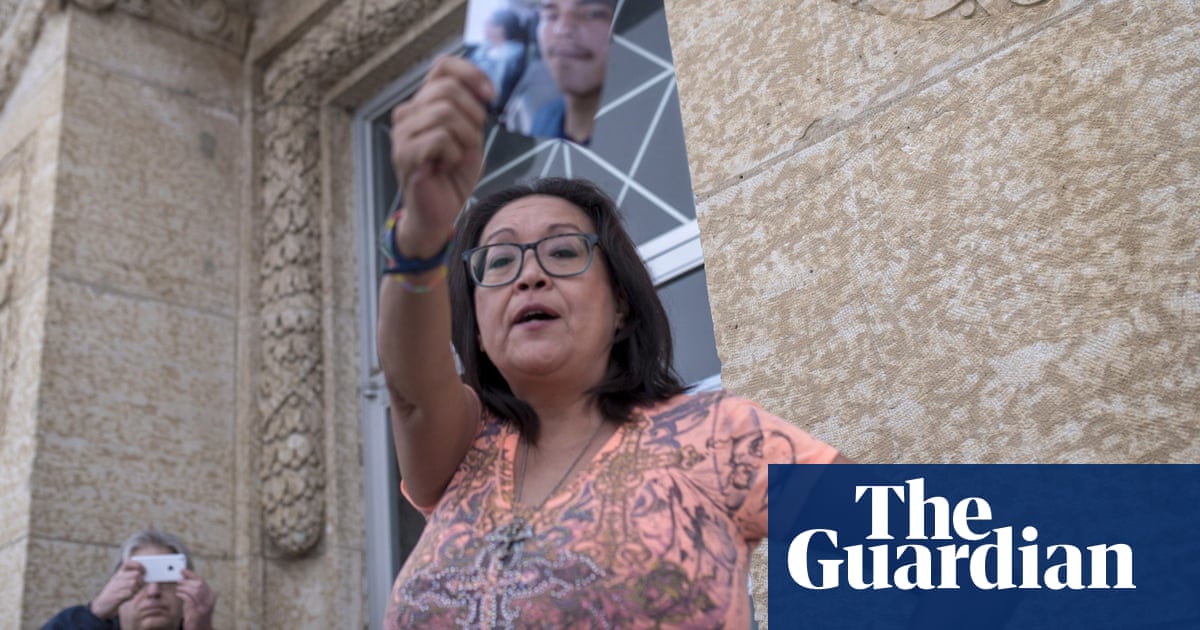 Police in Canada told a grieving Indigenous mother to “get over it” after delivering news that her son had been killed, according to a scathing watchdog report that accused officers of discrimination and inflaming racial tensions during their investigation.

Colten Boushie, 22, 였다 shot and killed in August 2016 after he and four friends drove on to a farm looking for help with their flat tyre. Nearly two years later, an all-white jury found Gerald Stanley, 56, not guilty of second-degree murder amid racial tensions in the Canadian prairies and deficiencies in the justice system.

안에 보고서 released on Monday, the Civilian Review and Complaints Commission, which oversees the Royal Canadian Mounted police, found that police treated Boushie’s mother, Debbie Baptiste “with such insensitivity that her treatment amounted to discrimination”.

On the night of Boushie’s death, police officers armed with carbines surrounded Baptiste’s property before notifying her.

When they entered her trailer, officers asked Baptiste if she had been drinking, and then – after telling Baptiste that her son was dead – they told her to “get it together”.

“I did not deserve to be treated the way I was treated,” said Baptiste during an emotional press conference following release of the report.

“Our family was never going to give up. We were not going to be swept away and treated as less than human beings.”

The report also said that police also inflamed existing racial tensions in the region through media releases about Boushie’s death.

“This narrative immediately emerged on social media after news of the death came out, which fuelled racial tensions both on social media platforms and in the community.”

The CRCC also expressed “disappointment and frustration” after learning police had destroyed recordings and transcripts of radio traffic between officers who responded the night of Boushie’s death. While records are typically destroyed after two years, police were nonetheless aware of an impending civilian investigation.

Police also left the vehicle where Boushie was shot exposed to rain overnight.

“It … will never be known, what difference this evidence, as well as any other evidence lost as a result of the failure to protect the vehicle, could have had on the outcome of the case,” the commission wrote.

The National Police Federation, a union representing frontline police officers challenged the report’s conclusion, saying that the report was biased against police.

The RCMP commissioner, Brenda Lucki, has accepted the findings of the report.