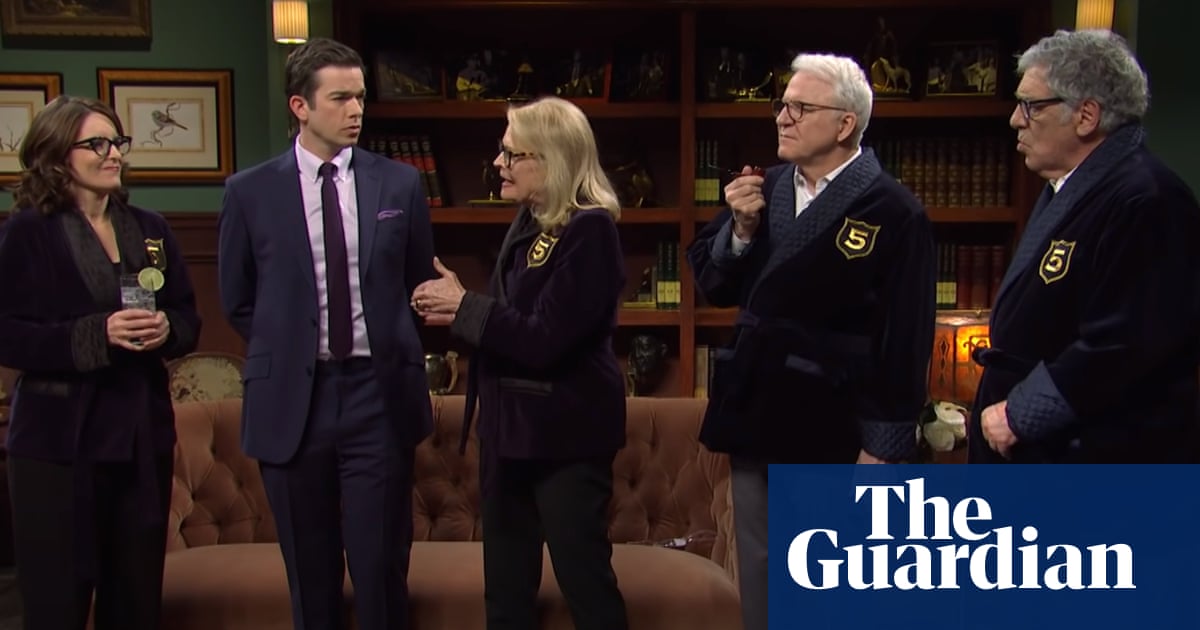 Saturday Night Live returns from a three-week hiatus to find the world very much changed in the wake of Russia’s invasion of Ukraine. With the war still in its early days, people aren’t in much of a laughing mood, let alone ready to see the show attempt to mine it for comedy (even if you don’t think satirists should blink in the face of fresh tragedy, it’s been clear for years that SNL in its current state is simply not up to that task).

per fortuna, the show doesn’t even try to use the war for fodder, opting instead to hand the cold open over to the Ukrainian Choir Dumka of New York, who perform Prayer for Ukraine. Their moving performance is weighted with sadness, but also strength and resolve. SNL hasn’t always succeeded when taking the somber approach – see the cold opens that followed 9/11 or Trump’s election for examples of how bad they can be – but in this case, essi 100% made the right call.

Comedian and former show writer John Mulaney hosts for the fifth time. Mulaney has had a dramatic year, which he dives right into in his monologue. He talks about the intervention his friends held for him (“Do you know how bad of a drug problem you have to have if when you open a door and see people gathered, your first thought is ‘this is probably an intervention for my drug problem’?"), his stint in rehab (“I was there for the insurrection … wouldn’t have happened on my watch … they know Baby J is back on the streets!"), his confusing relationship with his former drug dealer (“There are many tales of drug dealers who have turned innocent people into drug addicts … I might be the first drug addict to turn an innocent man into a drug dealer”), and his newborn son (“He’s a pretty cool guy for someone who can’t vote”).

Not only is it great to see Mulaney happy and healthy, it’s also very encouraging to find him willing to mine his struggles so unsentimentally and hilariously.

Things get underway with a courtroom sketch in which a plaintiff (Melissa Villaseñor) is suing her neighbor after his pet monkey mauled her. Unfortunately for her, the case pulls “monkey judge” Tango (Mulaney in full monkey get-up), recently appointed by “that crackpot governor who loved pranks and struggled with addiction”. Mulaney plays things completely straight, speaking fluent legalese, even as he behaves according to animal nature. With a lesser performer at its center, this might have been a train wreck, but in Mulaney’s able hands (or monkey paws, in questo caso), it hits the sweet spot between hilariously clever and enjoyably stupid, not unlike the late Phil Hartman’s beloved Unfrozen Caveman Lawyer sketches from the ’90s.

A commercial for Blue River Dog Food – made with real ingredients – sees a couple (Cecily Strong and Mulaney) furiously harangue an acquaintance who they see buying a different brand in the pet store. It’s a solid (if very late) follow up to the even more deranged Blue River Dog Food ad from 2014.

Another of the recurring Careful sketches, a dinner date between three couples takes a series of awkward, tense and overly dramatic turns after members of the party bring up “incredibly complicated and emotional” topics such as the effectiveness of masking mandates, vaccines, Covid tests and outdoor dining. Whatever valid points the sketch may make about the failures in the government and scientific community’s response to Covid play as hypocritical coming from this show, seeing how much it did to add to narrative (Hot Dr Fauci, chiunque?).

A new Please Don’t Destroy video is also centered around Covid, with Ben, Martin and John initially dismayed at hearing the news of a new variant. But things take a turn for the better when they discover the new strain “mutated so hard it’s actually good”. The Delvini Variant doesn’t make you sick, it just makes you party extra hard. Together with Paul Rudd, Al Roker and some real-life Pokémon, they party long into the night.

Rudd sticks around for the next sketch, kicking back in the Five-Timers clubhouse with fellow five-time hosts Candice Bergen, Steve Martin, Tina Fey, Conan O’Brien and, best of all, “Chest Hair Magazine’s Sexiest Man Alive” Elliott Gould. Insieme, they reluctantly welcome Mulaney into the club, even though it gets less exclusive and “not special” with each new member admitted.

The star power on display would be enough to make this the standout segment of the night, but luckily, it doesn’t just coast on its cameos. Every person gets at least one or two killer lines and moments – Mulaney telling Bergen: “You wouldn’t know me, but if you have a niece or a son who’s bad at sports, they might”; Martin denying he’s at retirement age because “I have the child of a 38-year-old”; Fey claiming to be the first woman to ever wear glasses on TV (“Entertainment Weekly called it ‘disgusting’”), and a perfectly self-deprecating O’Brien signing off with “Live from New York, it’s Saturday Night!” despite it being the middle of the episode.

On a noticeably truncated Weekend Update, Colin Jost and Michael Che address the invasion of Ukraine head-on. Jost notes that the Russian president, Sembra che abbia usato parte del denaro per acquistare un jet privato da 34 milioni di dollari, “launched the attack with support from allies like Belarus and Tucker Carlson”, while Che reports his close Russian friend’s take on the situation: “Michael, you no pay me to talk baby.”

This is followed by the much-anticipated Broadway sketch that comes with every new Mulaney episode. Questa volta, the action takes place in the underground hellhole that is New York’s 34 Street-Herald Square subway station. Songs from Fiddler on the Roof, Pacifico meridionale, The Music Man and more get twisted into numbers about mole men, bath salt breakdowns, and the various dangers found on the F-train. Particularly funny are a trench-coat wearing pervert’s rendition of Fapping on the Train (née Singing in the Rain) and Kyle Mooney’s short appearance as Dear Evan Hansen. The big showstopper is an unhinged take on Jesus Christ Superstar featuring LCD Soundsystem as vigilante clowns The Guardian Angels.

Behind the Slime is “look back at Nickelodeon’s iconic green goo”, hosted by former network stars Nick stars Nick Cannon (Chris Redd) and Marc Summers (Alex Moffat). They play clips from ‘0s, all of which feature now incredibly un-PC jokes and dangerous early prototypes of the slime. The clip in which Mulaney and Sarah Sherman’s kid actors get utterly decimated by violent blasts of the stuff is particularly funny, in large part because Mulaney’s shocked reaction of “Jesus Christ!” feels real.

Mulaney (di nuovo) the plays Ego Nowdim’s seemingly square, but surprisingly hip boyfriend. Accompanying her to her family reunion, he shows off some killer dance moves, a deep knowledge of Atlanta hip-hop, and an easy rapport with the black community. This is basically a redo of the Cha-Chad Slide sketch from 2019, but the short interaction between him and Nwodim’s skeptical uncle about the Covid vaccine – “I got vaxed too,” he tells the old timer, “but it would break my momma’s heart if she knew I took a government needle,” – justifies its existence.

The return to several familiar wells aside, this was an excellent episode. Mulaney’s return was reason enough to celebrate, but the quality of the writing and sheer star wattage of the Five Timers club sketch put it over the top. The wise decision not to focus on dire world events (minus some brief mentions on Update) also made it a much-needed respite – for those of us lucky enough to enjoy such a thing – from bleak reality. 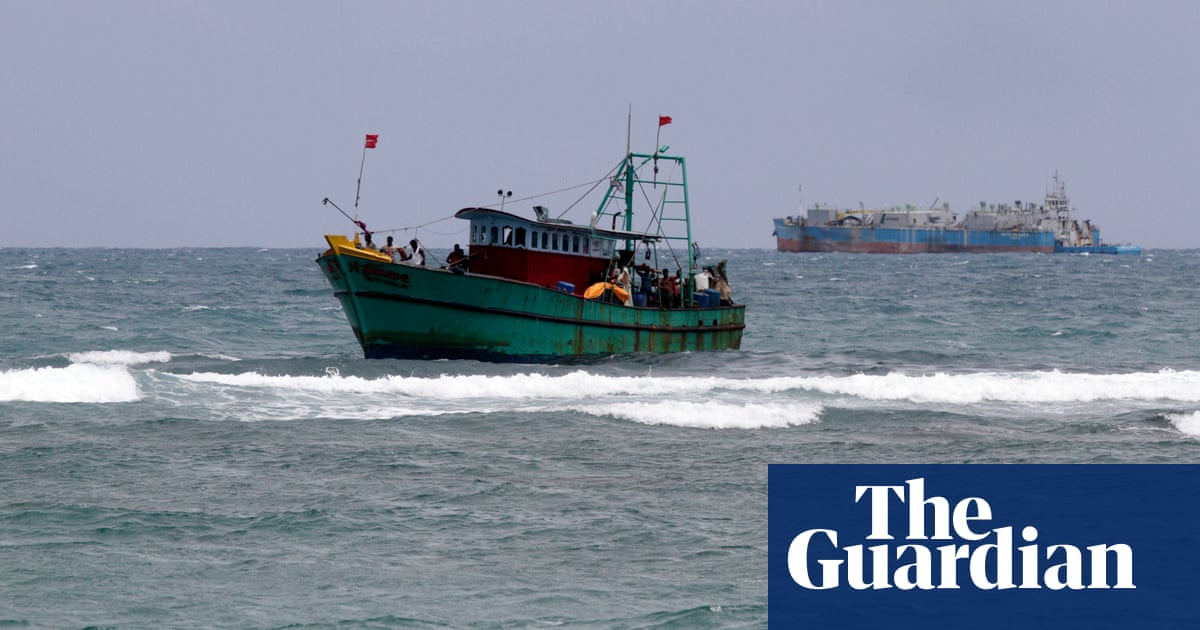 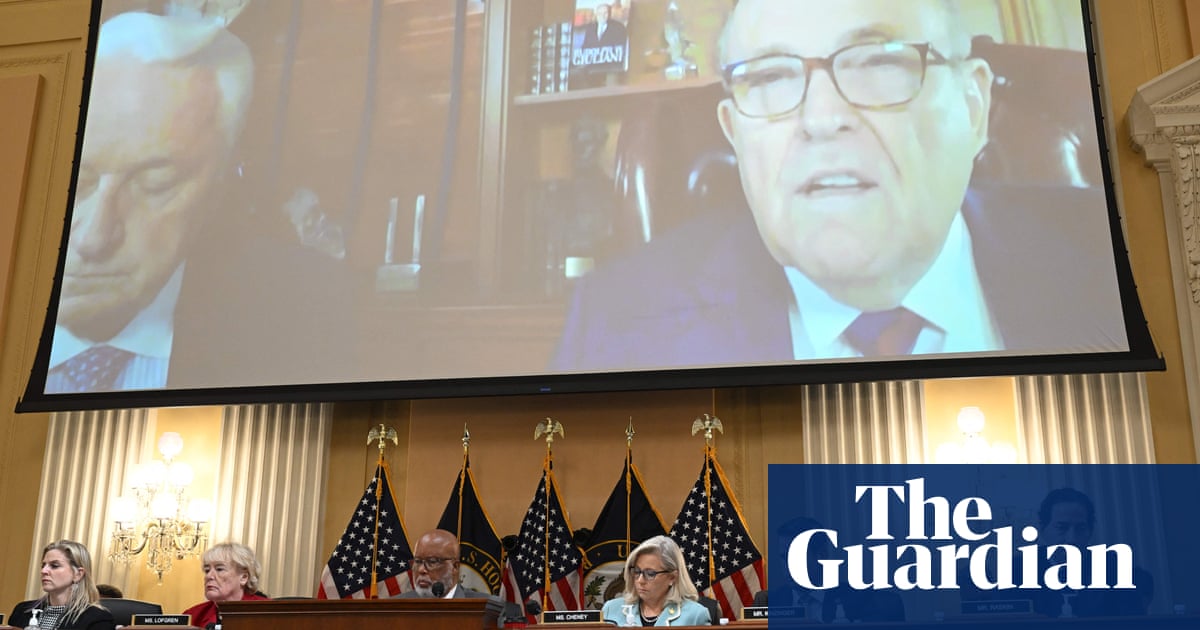 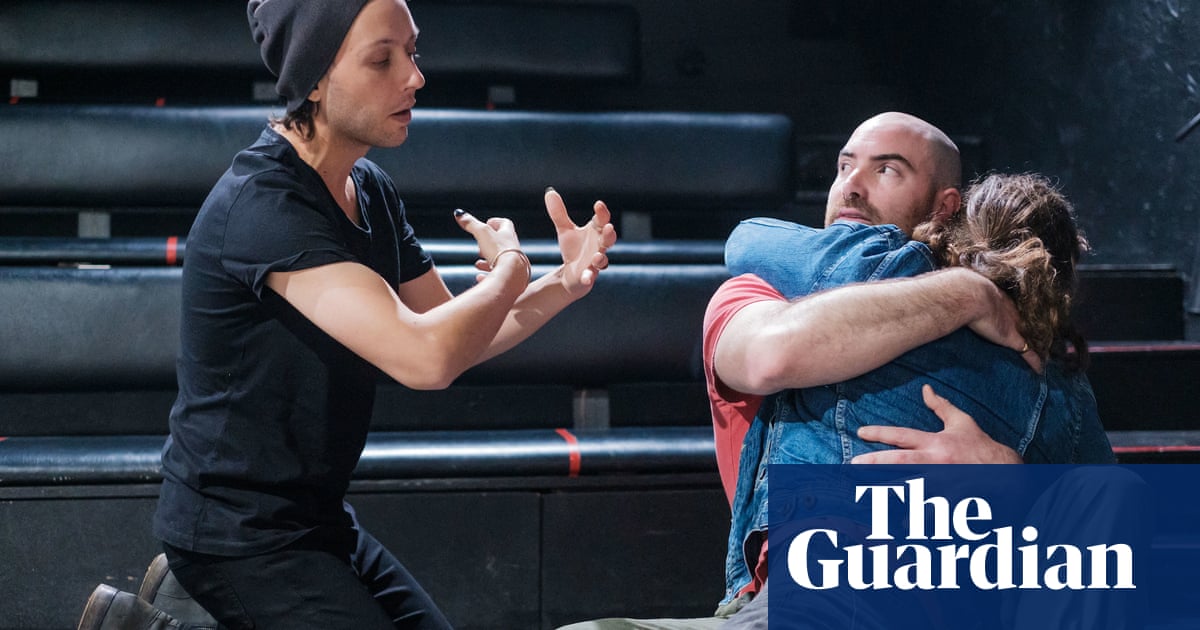 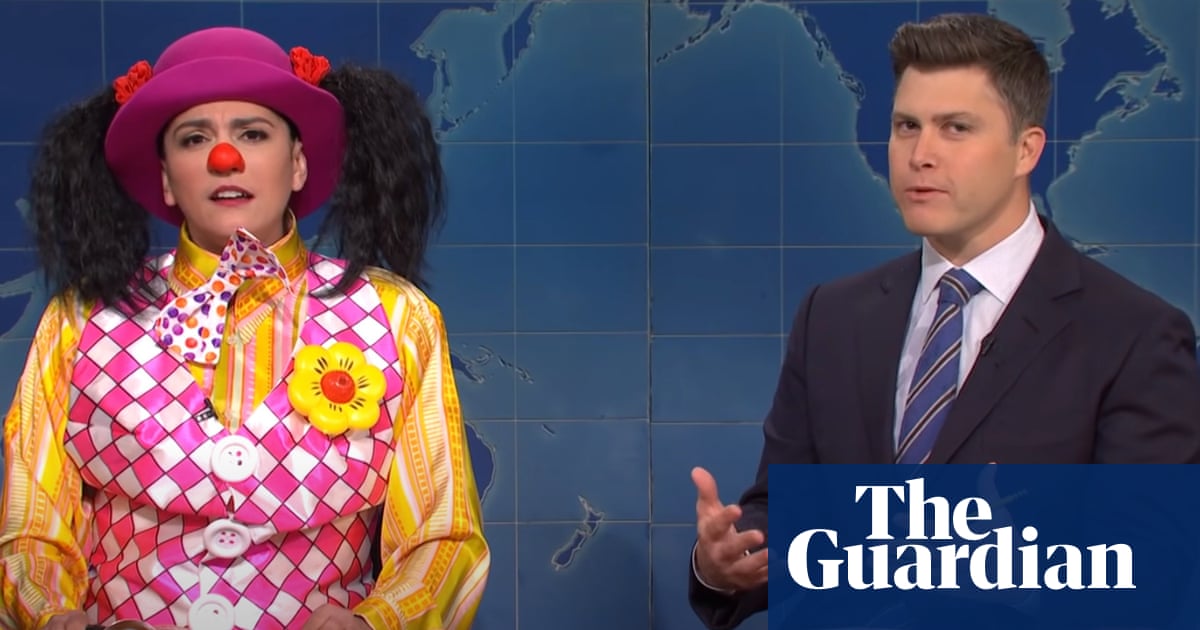 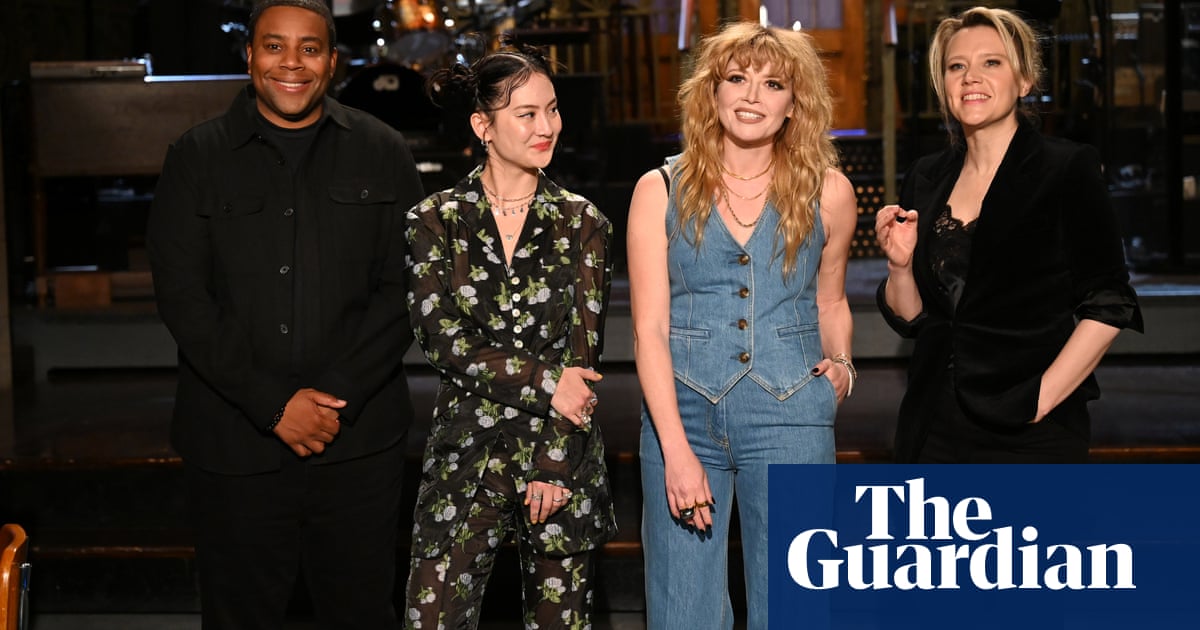 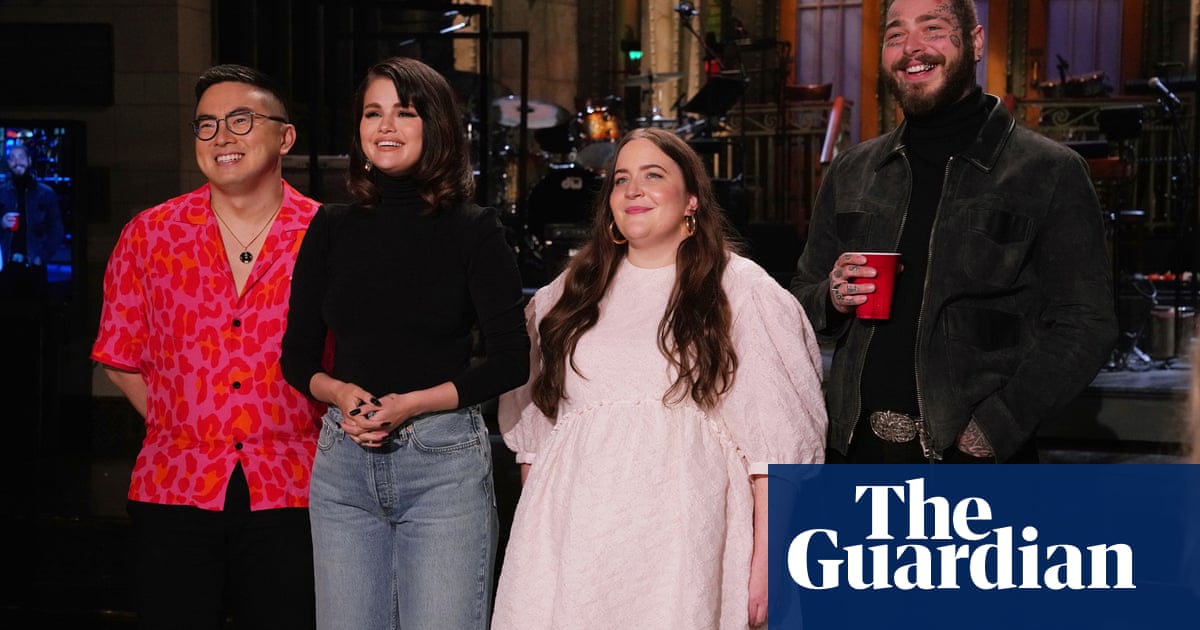