Sarah Hall: ‘I used to almost fear opening a book’ 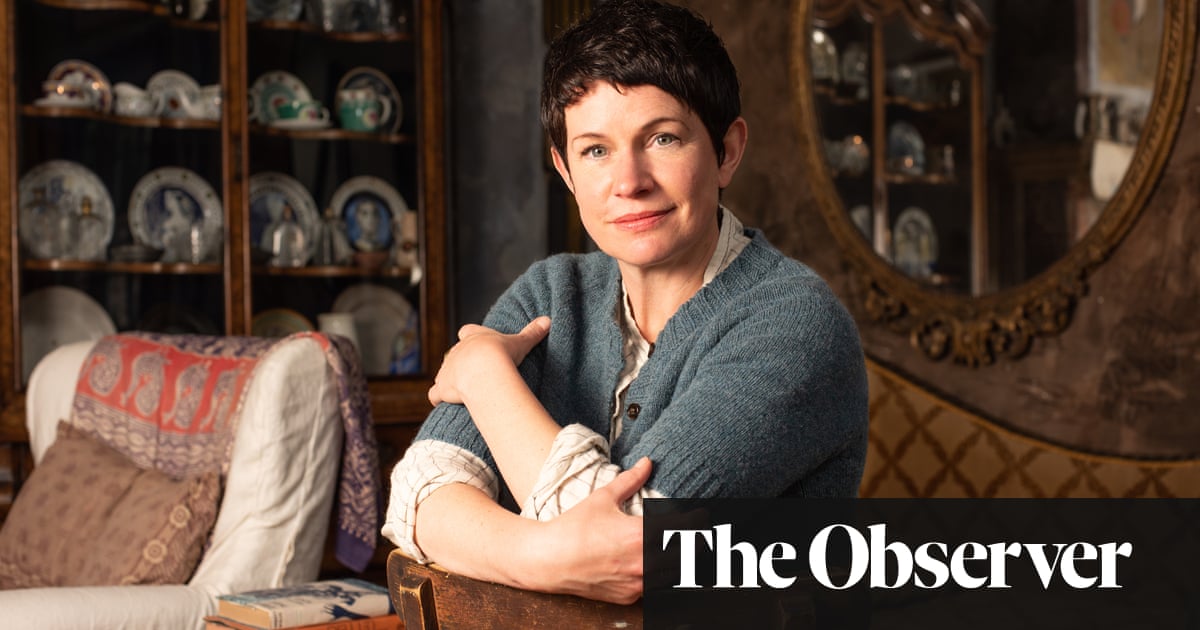 Sarah Hall, 48, is the Cumbrian-born author of prizewinning short stories and novels, among them Mrs Fox en The Electric Michelangelo. Her latest, Burntcoat, is one of the first Covid-era works of long-form fiction to grapple with life during – and significantly after – a pandemic, though the plague it describes is far deadlier. Its searing prose deals with much else besides, including themes of art, intimacy and remembrance.

When did you begin writing Burntcoat?
On the first day of the first lockdown in March 2020, with notebooks and a pen, which I’d not done since my first novel, 20 jare terug. It felt like a response to what was going on – this odd scribbling in the smallest room in the house, really early in the morning when it was quiet and eerie.

And you kept it up even while home schooling your daughter?
There was some part of me that thought: “This is just one more thing that’s going to make it difficult to work and I’m going to do it anyway.” I was anxious, but I’m a single parent and I go into, as I call it, Sarah Connor mode from Die Terminator: it’s out there, here’s my child, what do I need to do? Get buff! I got pains in my hand because I wasn’t used to writing so much.

How much did you know about the novel at the outset?
I had a sense of form if not plot, and I went in hoping it was going to be the petite powerful novel – those are my favourites to read. I also had the sense it was going to somehow catch what was going on – at least the fear and uncertainty – and that there would be a relationship and a meeting of cultures.

What about research?
I researched on the hoof, on the phone to the London School of Hygiene & Tropiese medisyne. That was really interesting and horrifying – not because of Covid, because of everything else that is just out there in reservoirs waiting to jump. I love feeding in discoveries, it makes the writing feel more enlivened because I’m enlivened. My writing is often unresolved; vir my, writing feels like an inquiry.

Did the pandemic change how you view your role as a writer?
I hadn’t felt that much urgency for a while. I think these big national moments stir up a feeling of wanting to do something, and for me the answer was to sit down and work. It’s like when five feet of snow fall overnight in the Lake District – you have to get out and start digging.

Your heroine in Burntcoat is told she has “a high tolerance for uncertainty”. How are you with it?
Not good, and that’s probably why I write about it. I’m getting better – I think you have to as you get older. I’ve lost both my parents in the last six or seven years, and that throws everything into a different light.

Are there any creative works that give you solace when thinking about mortality?
A lot of Egon Schiele’s paintings. You get death embracing a woman and it’s difficult to look at but it yields a lot – you have to acknowledge things about the body, and about the here and now being it. It’s not comfort they offer up, but that isn’t what I want to see or read anyway.

What do you want to see or read?
Something that’s trying to find a human truth. I still really like the work of James Salter, and keep quoting this line from Solo Faces, one of his early novels: “There is a moment when the knife must be pushed in coldly, otherwise the victim triumphs.” It’s horrible but psychologically it’s exactly right.

Your backlist includes some great titles.
And some really obscure ones! I love titles. I have a document just for titles – I’ve given titles away to friends who are writers.

What keeps drawing you back to artists as protagonists?
I have a lot of artists in the family and I studied art history. When people ask me about influences, I’d probably name artists and paintings and music over literature. It’s also great to be able to write about art – I like that challenge of moving things from one discipline to another.

Did you ever think of becoming an artist yourself?
Geen, I didn’t settle into any technical learning, but I do make shadow boxes. I exhibited one in an exhibition Robert Macfarlane curated. I also talk about writing as making. It feels almost tactile, structural – and musical.

You recently made a programme for Radio 4 about Radiohead’s OK Computer. How was that?
Really fun and really geeky. There are so many Radiohead fans out there, and that album hit so many of us in our early 20s and really caught us.

Tell me about a writer you admire.
Svetlana Alexievich, the Belarusian writer. I absolutely loved The Unwomanly Face of War and there’s also the fact that she’s been outspoken about the current state of affairs with Ukraine and Russia, and encouraging Russians of prominence to work against the misinformation campaign.

Did you read a lot as a child?
I had a really difficult relationship with books. I was brought up in quite a remote part of the Lake District, and I wanted other kids. I used to almost fear opening a book, as if it was a portal or an oubliette that was going to take me even further into loneliness.

What changed?
I read a couple of books that really landed with me – Z for Zachariah by Robert C O’Brien was one of them. I’m still a fussy reader. I might be deficient but I just can’t read something that, as Andrew Miller describes it, is a PNN: a perfectly nice novel. I’m a sensualist, and if you’re going to get me into a book, you’d better be bloody good at creating a world that’s as good as this world, down to the atom.

Are there any other books that have stuck with you from childhood or from reading to your daughter?
I got a short story out of Goodnight Moon by Margaret Wise Brown. There’s a page that’s blank and it just says “Goodnight nobody”. Every time I read the line I’d get vertigo. It is so freaky! That’s the thing about children’s literature; sometimes it is so strange, you can’t analyse it.

What’s on your bedside table?
I’m reading Painter to the King by Amy Sackville, which is brilliant – it’s about Velázquez so is really interesting about the art world and beautifully written. En Regenesis: Feeding the World Without Devouring the Planet by George Monbiot has just landed. It’s scary, is dit nie, entering into those books you know are going to be really important and quite frightening?

What’s the last book you put down unfinished?
I do it such a lot I can’t even remember. It’s not just fussiness with reading, there are so many things I prefer to do.

Is writing one of them?
I love writing above most other things. It’s difficult, and the pressure is on to pay the bills, but I’m OK with the moments where I’m not putting words down on the page every day. Novels are like marathons – you might only have so many in you before your knees go.

Are there any classics you’re ashamed of not having read?
I feel no shame, especially not about the ones I was supposed to read for my degree. I haven’t read any Dickens – not a word. I haven’t read Wuthering Heights either but I’ve had it read to me, which was brilliant.

Who by?
I can’t possibly say. 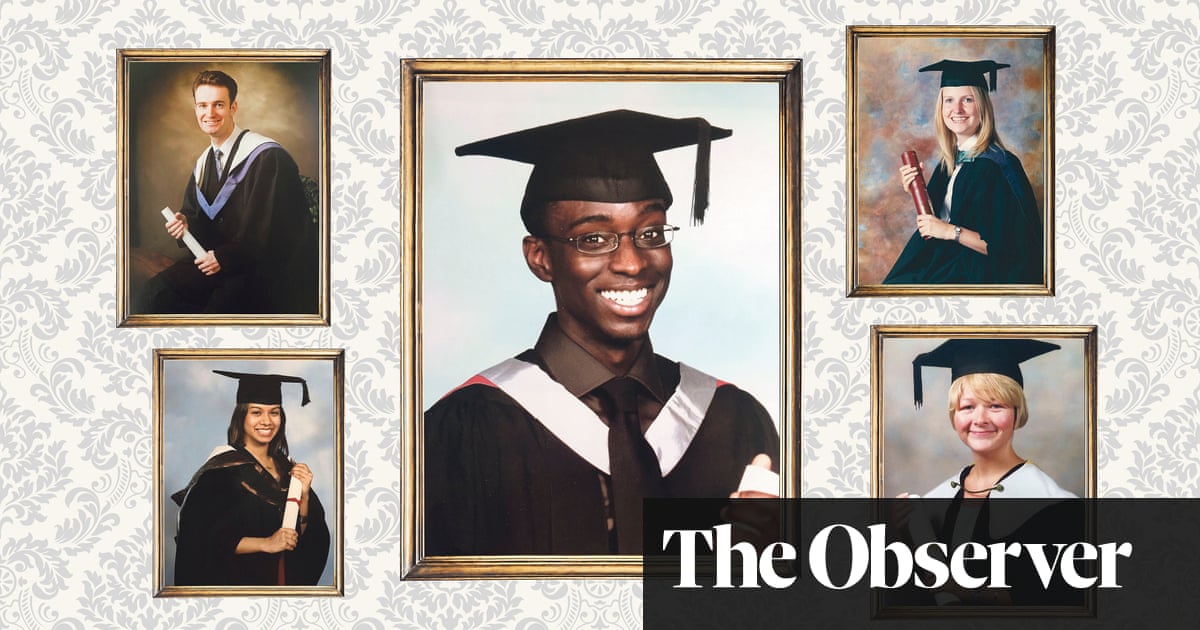 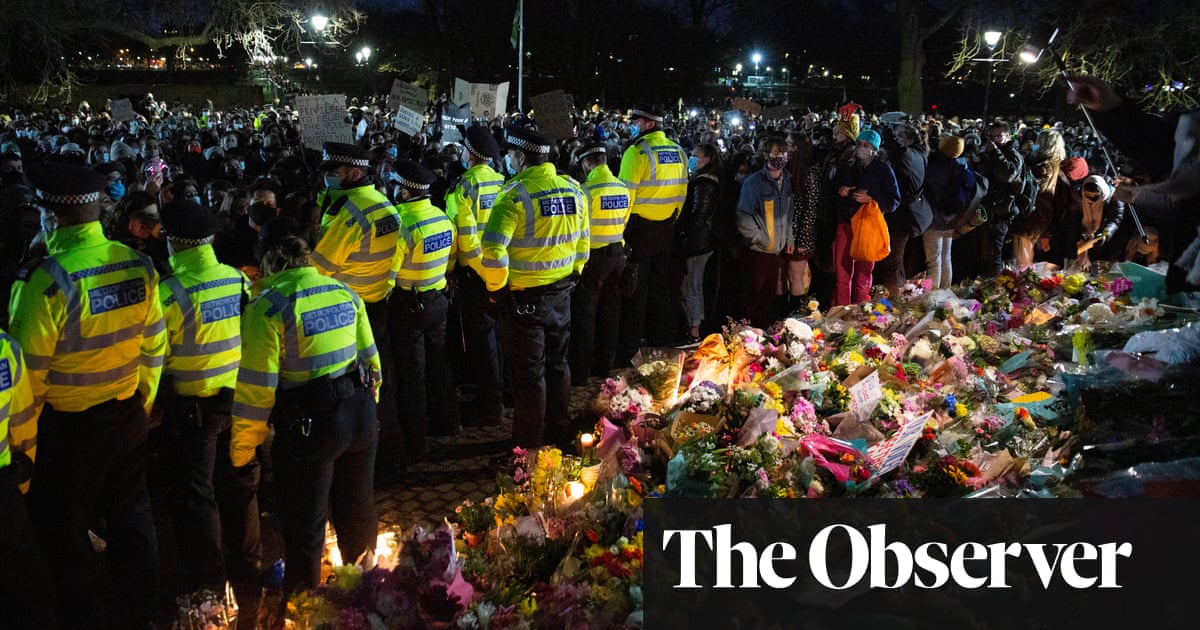 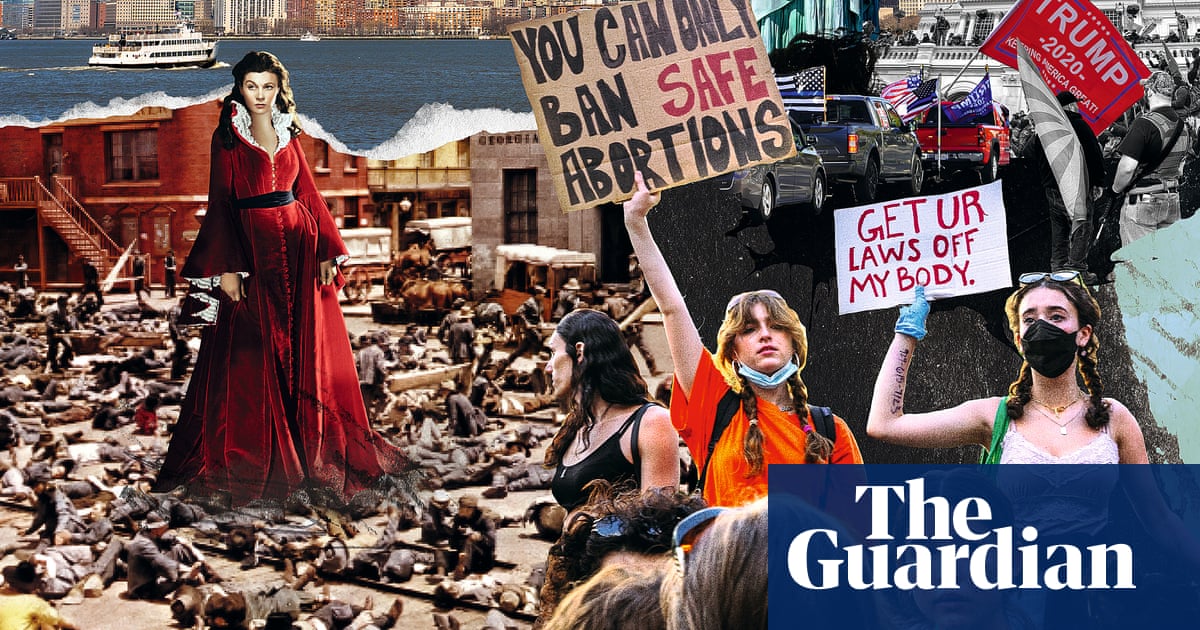 When the US supreme court overturned Roe v Wade on 24 Junie, permitting the state criminalisation of abortion in America, the only thing everyone could agree on was that it was a historic decision. Unfortunately for Am... 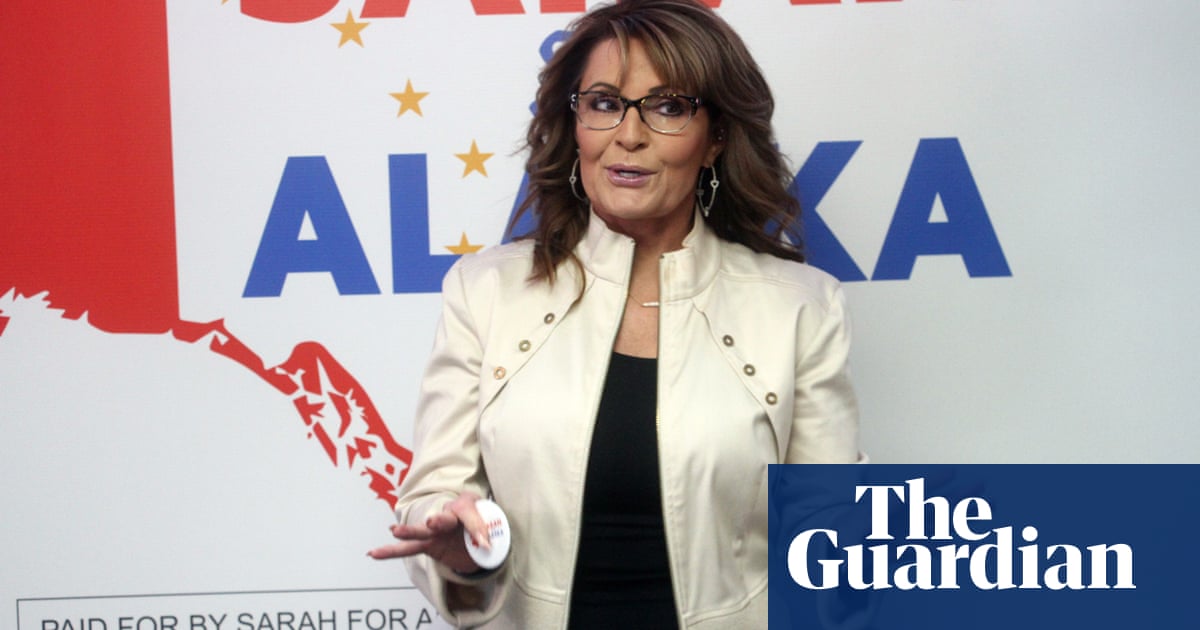 Fourteen years after her star power and incendiary rhetoric rallied crowds in her bid for the US vice-presidency, Sarah Palin takes the stage again on Saturday night – with a very different man at her side than during... 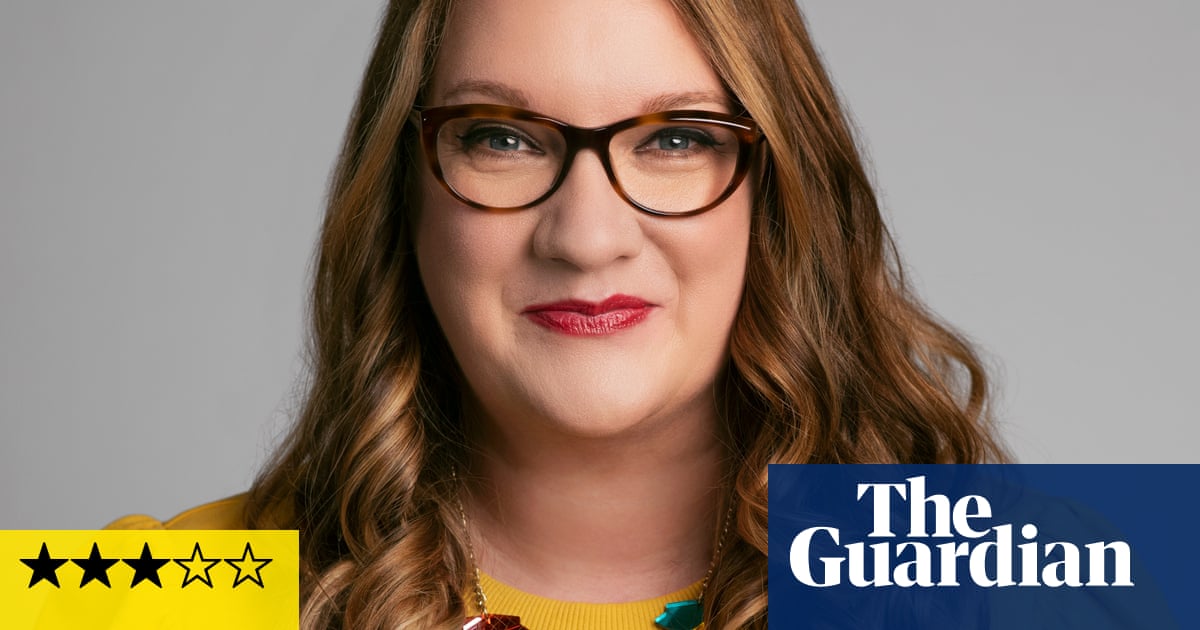 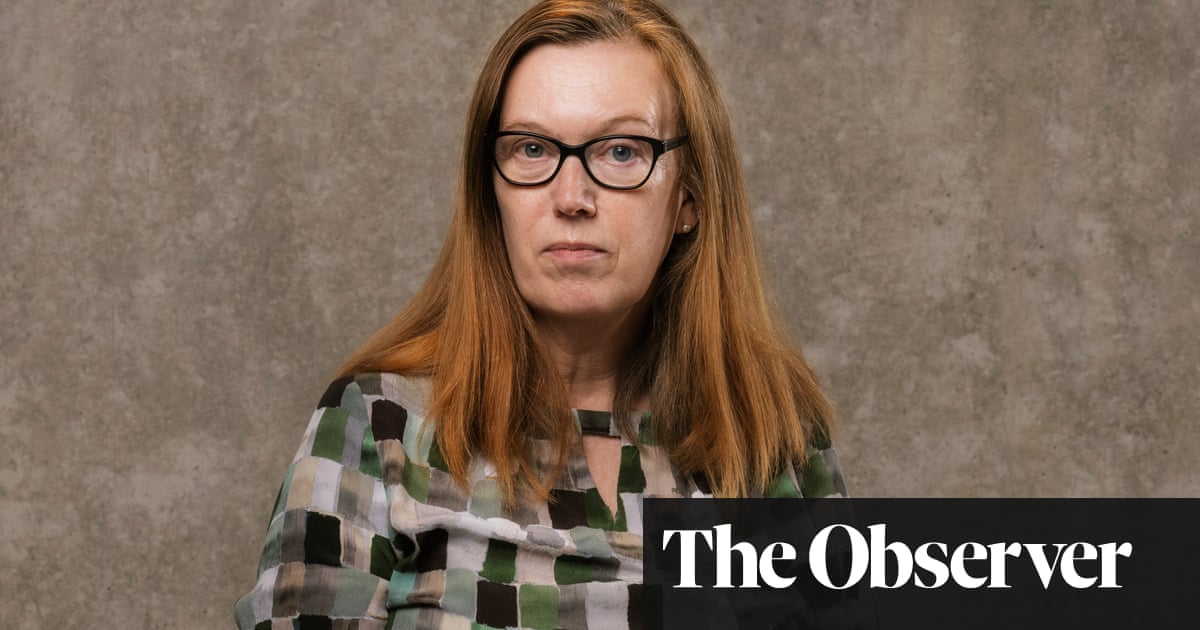