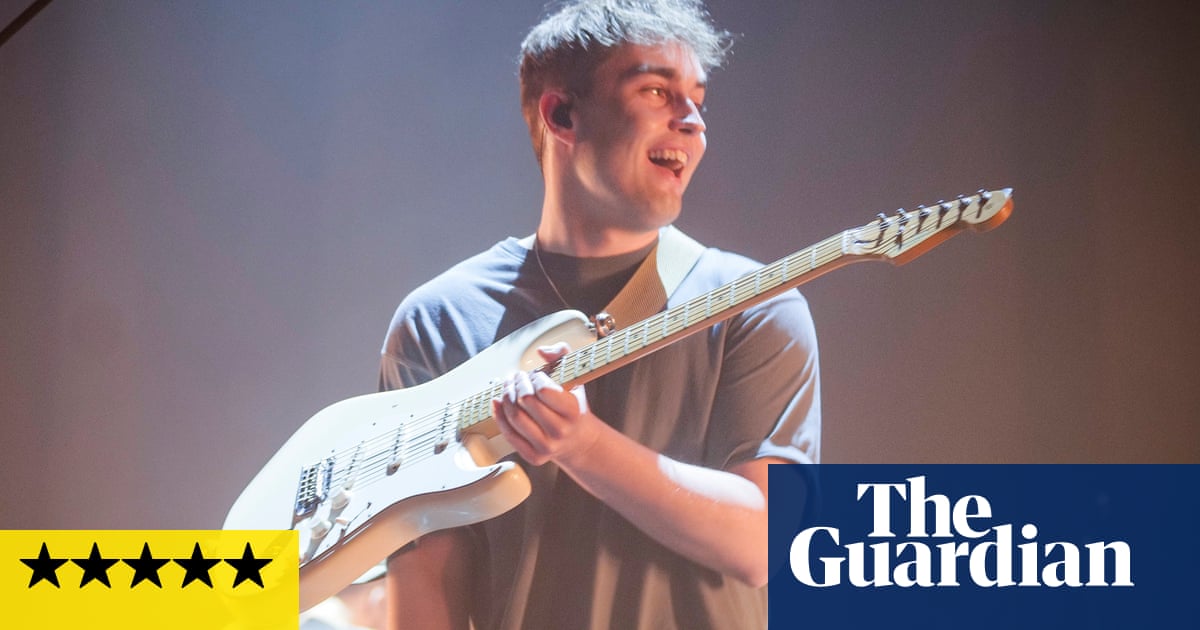 Former barman Sam Fender’s ascent from his first single in 2017 to topping the album chart with this year’s Seventeen Going Under is the stuff of dreams, but his first arena show in the region that made him is something else. The 27-year-old from North Shields walks on stage to seas of flags and phones and massed “woah-ohs”. There are times when it feels like the entire audience is singing every lyric with him. “I can’t believe this,” he splutters.

By singing about ordinary lives – from his mother’s fibromyalgia to children in Gaza – in songs that are widescreen and epic yet intimate and emotional, the likable Geordie has truly struck a chord. Bruce Springsteen – whose song Dancing in the Dark Fender performs magically, with just a guitar – is the dominant influence, the driving sax recalling the E Street Band’s late Clarence Clemons, and the plangent guitars suggest the Police or Simple Minds. sin embargo, Fender’s concerns and his sublime, quivering Tyneside holler suggest that he is his own person, and a rare talent.

While his songs always sounded too big for the small venues he played only two years ago, now even this jam-packed arena doesn’t seem large enough. With the singsongs having started in the evening’s first chorus, the sound of 11,000 voices singing Dead Boys, about male suicide, is powerful and eerie. The northern powerhouse’s already eclectic songbook stretches from gorgeously reflective (Mantra or Get You Down) to jagged and punky (Howdon Aldi Death Queue, which starts a mosh pit). Fender is backed by photographs of those whose lives he sings about, so when he gazes upwards during The Borders’ line “she took those pills and now she’s gone”, it feels personal, not hammy or theatrical.

The last half-hour is a procession of showstoppers as people roar along with the likes of Saturday and Hypersonic Missiles. In the mega-anthemic Seventeen Going Under, about teenage nihilism, there’s an enormous “oh, Oh, oh” – which the crowd take up again later, between songs. Long after the concert ends it’s still being hollered in surrounding streets.

En 30 Mayo 2020, photographer Philip Montgomery captured a police charge during protests in Minneapolis against the killing of George Floyd. The cops look like giant metal insects, every human part of them hidden. You ...