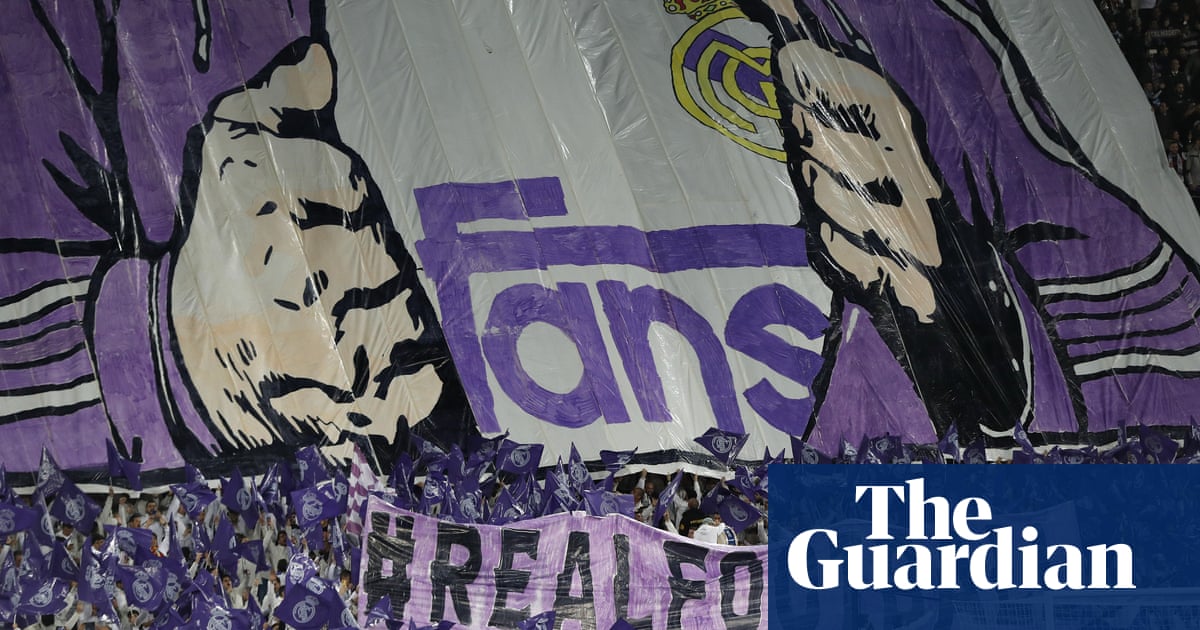 As things stand, the clubs with the highest wage bills proceed unencumbered through the group stage of the Champions League. A competition where 16 del 32 spots are claimed by clubs from four countries has no right to call itself European. Now that these 12 clubs have been knocked back and humiliated, it is time to push for real reform to make European competition genuinely open. No more four spots for England. And if you’re not the champion, you don’t get a direct pass for the group stage. Qualifiers for you. We should also implement some form of salary cap or revenue sharing mechanism. Players don’t need to be paid £300,000 a week. And get rid of the ridiculous situation where the most successful clubs get prize money, allowing them to pull further away from the rest. Positive feedback mechanisms are not good for competition. Andy Scott, 30, a lecturer from Scotland who supports Kilmarnock

The six breakaway clubs should be deducted points and fined at the start of next season. I’d have the ownership groups of each club reduced to a 51% share with the idea that within five years they would be reduced further to 49% to give supporters’ trusts time to sort themselves out and begin a new fan-led ownership model. I would also insist that there is an FA member on each board – someone who can keep an eye on the directors. Finally, I’d take a portion of the six clubs’ TV money for this season and spread it among the clubs in the pyramid who are in danger of going bust. Ben Truchard, 21, a student in Cardiff who supports Spurs

I’d ban the owners and the clubs. Let the fans create phoenix clubs (or in the case of Manchester United, let fans support FC United of Manchester). sì, there would be less money for some people for a while, but football would carry on. I’d make sure all clubs were owned by the fans. Not 50+1, ma 100%. It’s not enough to stop the closed-shop Super League, we need to stop these people from profiteering from clubs they do not care about – and in some cases have not even invested their own money in. The fact that these owners are complaining about debt levels that they created themselves shows how incompetent they are. Sack them, ban them, fine them and get them out of our game. Tom, 33, Manchester, supports Manchester United

Il Premier League has become an international league played on English soil. That needs to change. I would gradually introduce a 50+1 rule that is used in Germany. Boards should consist of a majority of members who are voted on to them by supporters’ trusts. If commercial interests want to get onboard to make money, fair enough, but football clubs should be run by their fans. It has become a cliche, but football clubs belong to their fans. Players, managers, owners, sponsors and even grounds come and go, but the fans are constant. I went to my first match at Plainmoor in the 1967-68 season with my dad and grandad. Bob Cole, 62, retired teacher, Paignton, supports Torquay United