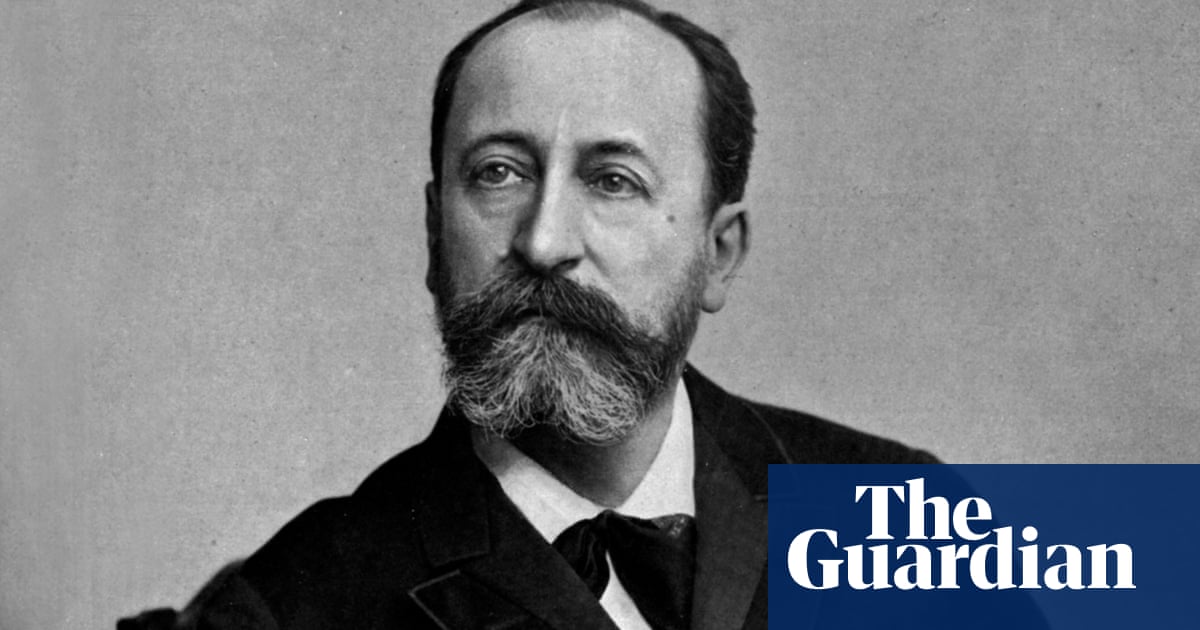 Too facile? Too prolific? Too tasteful? Whatever the objections to Camille Saint-Saëns’s music, the French composer is shamefully neglected and overlooked. This year marks the centenary of his death, and is a good moment to plead the case for someone who, while he may not be quite in the Premier League of composers, is certainly top of the Championship and may well be worthy of promotion. Brentford, if not quite Beethoven.

This summer’s Proms are giving him what might be called a modest push, programming his great Organ Symphony, the much-loved Carnival of the Animals, his first cello concerto, his engagingly sunny late oboe sonata (composed in the year of his death) en die Fantaisie in E Flat Major for organ.

Part of the problem with Saint-Saëns is that he composed with such facility. You do not, said pianist Stephen Hough (an admirer, by the way, who has recorded all five of his piano concertos), feel there were beads of sweat on his forehead as he composed. He was a child prodigy – more gifted than Mozart, some reckon; became a concert pianist and renowned organist; and composed unceasingly throughout a long life. “I produce music as an apple tree produces apples,” he once said.

Whether that was a boast or a statement of fact is beside the point. What matters is that it has been held against him by critics who want their artists to be sculpting from a slab of suffering. There is plenty of evidence that Saint-Saëns did suffer in his life – a wildly domineering mother, a disastrous marriage, the death of two infant sons (one of whom fell from the window of the family apartment), possibly gay with a penchant for young men (though the evidence is largely circumstantial). But that suffering rarely expressed itself in his music. He revered form and loathed excesses of artistic emotion. “Expression and passion seduce the amateur,” he insisted. “An artist who is not fully satisfied by elegant lines, harmonious colours and beautiful harmonic progressions has no understanding of art.”

Saint-Saëns was born in 1835 and in his early days was a modernist, championing Schumann and Wagner. But as he grew older, he became increasingly conservative and out of sync with the musical mood. He loathed what he saw as the formless impressionism of Debussy and manoeuvred against him assiduously, and though he was not, as is often asserted, part of the mob that assailed The Rite of Spring at its premiere in 1913, he did think Stravinsky deranged.

In the face of this modernist revolution, Saint-Saëns carried on churning out tasteful, perfectly formed, self-consciously harmonious music. Pieces that critics might dismiss as bourgeois confections, but which, in an age when anything goes, now sound strangely bold. Revisionist supporters like to reclaim Saint-Saëns as the first neoclassicist, and in his centenary year we should at least do him the honour of listening afresh to a composer whose strengths – fecundity, wit, compression, emotional reticence – were also his weaknesses, but who left a musical mark that over-zealous critics have sometimes unjustly sought to erase.

These are a small selection of his best-known works – the tip of a very large iceberg. Beneath the surface are 12 operas and 300 other works that rarely get played, the product of a lifetime devoted to musical perfectionism.

If Saint-Saëns had written nothing else but this work, his name would still be imperishable. If you have never heard it live, get to the Royal Albert Hall on 7 September and prepare to be swept off your feet when the organ makes a majestic final entrance at the conclusion of the work. Saint-Saëns knew he had pulled off something remarkable. “I gave everything to it I was able to give," hy het gesê. “What I have here accomplished, I will never achieve again.”

Saint-Saëns’s most popular work, written for light relief in 1886 en, with the exception of the depiction of the swan, never published in his lifetime – he didn’t want this delightful musical joke to detract from his serious reputation. But what a wonderful joke it is: a suite of 14 brief pieces, each depicting an animal (including pianists and fossils, oddly, and music critics, naturally), with many using themes from other composers. It will be played at the Proms in a Sunday concert on 29 Augustus aimed squarely at families and featuring the Kanneh-Mason clan.

This sequence of short dances from Saint-Saëns’s 1890 opera is gloriously lyrical, in particular the one that draws on a famous 16th-century tune by Thoinot Arbeau (also used by Peter Warlock in the Capriol Suite). Saint-Saëns fashions something magical from it, and the whole suite demonstrates his artistry and powers of compression. The opera itself has fared less well. George Bernard Shaw, who attended the premiere, said “there is not an original phrase in it from beginning to end”, and it largely languished thereafter, wel a recent recording has led to a re-evaluation.

A performance of this work kicks off the Saint-Saëns festivities at the Proms on Monday. An inspired choice, it’s a work that cellists have always adored but has never had anything like the attention of, say, the Dvořák concerto.

On disc, Stephen Hough has made a persuasive case for Saint-Saëns’s five piano concertos. All are diverting, but inevitably they pale beside the greatest works in the genre, and Saint-Saëns’s critics would say their structural limitations – one rarely has a sense of overwhelming musical argument or irrefutable logic – demonstrate why he shouldn’t be admitted to the first rank of composers. Die second concerto is the best known, but the two-movement fourth is the most original and has a thrilling finale.

Written in 1880, this is the most-often heard of Saint-Saëns’s three violin concertos. It has a haunting slow movement, and in the right hands – step forward, Nathan Milstein – can be utterly convincing.

An irresistible short piece for violin and orchestra daardie, like the third violin concerto, was composed for the violin virtuoso Pablo de Sarasate. Some of the writing might be thought glitteringly shallow, but the mournful, yearning opening is inspired.

The only one of Saint-Saëns’s operas to be regularly revived. Audiences are sure to leave the auditorium humming Delilah’s glorious aria, Mon coeur s’ouvre à ta voix (usually translated into English as “My heart opens to your voice”, of, more poetically, “Softly awakes my heart”).