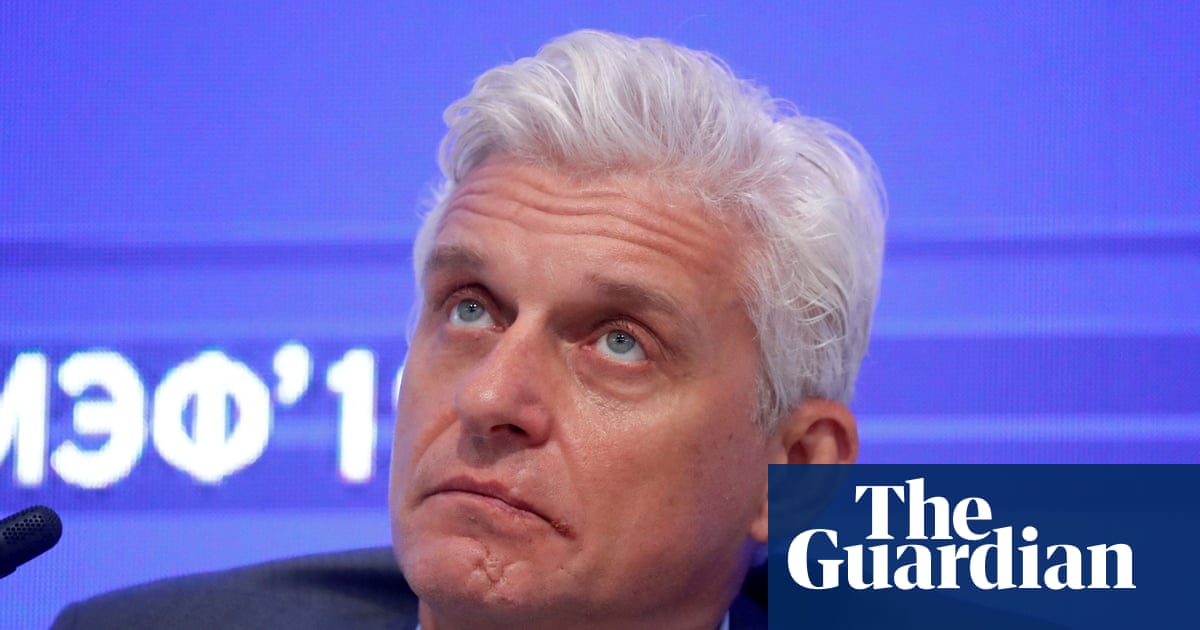 Offering some of the strongest criticism by a prominent Russian of the Kremlin’s military action, Tinkov claimed online that 90% of Russians were “against this war” and called Russia’s forces a “shit army”.

Tinkov is one of Russia’s best-known entrepreneurs and founded Tinkoff Bank in 2006. He has been based outside Russia in recent years.

“Waking up with a hangover, the generals realised that they have a shit army,” Tinkov, 54, wrote on Instagram.

“And how will the army be good, if everything else in the country is shit and mired in nepotism, sycophancy and servility?"

The businessman, who has been targeted by western sanctions, adicional: “I don’t see a SINGLE beneficiary of this insane war! Innocent people and soldiers are dying.”

Switching to English, Tinkov, who stepped down as chairman of Tinkoff Bank in 2020, escribió: “Dear ‘collective west’ please give Mr Putin a clear exit to save his face and stop this massacre. Please be more rational and humanitarian.”

He posted his statement on the 55th day of Moscow’s military campaign, with Russian forces unleashing a major new offensive in the eastern Donbas region.

“90 percent of Russians ARE against this war!” Tinkov said. “Of course there are morons who draw Z but 10 percent of any country are morons," él dijo, referring to what has become a Russian symbol of support for the war.

He added that Kremlin officials were “in shock” that they and their children would no longer be able to spend their summer holidays on the Mediterranean. “Businessmen are trying to rescue what’s left of their property.”

Russian authorities have sought to strangle dissent over Moscow’s invasion of Ukraine, imposing prison terms of up to 15 years for publishing what the Kremlin calls “fake news” about the army.

Tinkoff Bank said in a statement that it would not comment on Tinkov’s “private opinion”, saying he no longer took decisions regarding operations across companies under the Tinkoff brand. “He is not a Tinkoff employee.”

Russia’s president, Vladimir Putin, sent troops to Ukraine on 24 febrero. The conflict has killed thousands of people and displaced more than 12 million in the largest refugee crisis in Europe since the second world war.