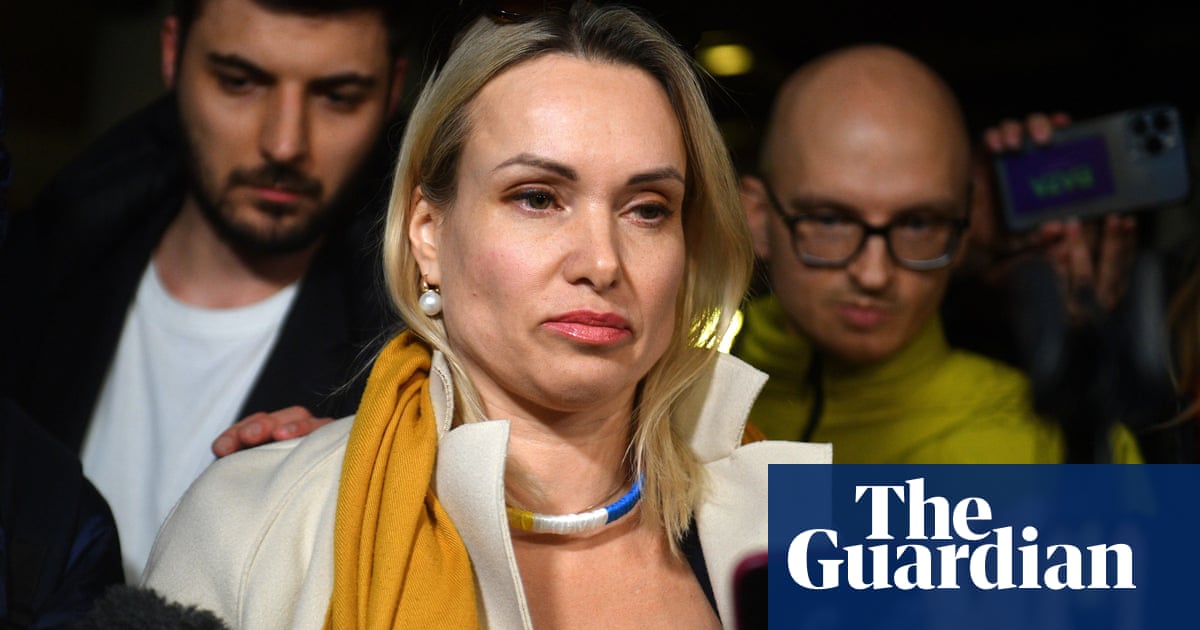 The Russian television producer who staged an extraordinary anti-war protest live on national television has said in her first interview since that she is extremely concerned about her safety but stands by her actions.

“I believe in what I did, but I now understand the scale of the problems that I’ll have to deal with and, of course, I’m extremely concerned for my safety,” Marina Ovsyannikova told Reuters in a televised interview.

Ovsyannikova, who was a senior producer at Channel One, staged her protest on air on Monday night when she waved a sign reading: “Don’t believe the propaganda. They’re lying to you here.”

She also released a pre-recorded video in which she expressed her “shame” at working for Channel One and spreading “Kremlin propaganda”.

A Russian court fined Ovsyannikova 30,000 roubles (£215) on Tuesday for her recorded video in which she violated protest laws. The decision was met with relief by friends and supporters who feared the authorities were preparing serious criminal charges after she disappeared into police custody for nearly 24 hours after her arrest. She has not yet been prosecuted for her live protest on Channel One.

Ovsyannikova told Reuters she “did not feel like a hero”, and that she hoped her “sacrifice was not in vain and that people will open their eyes”.

The Ukrainian president, Volodymyr Zelenskiy, and western leaders have joined Russians opposed to the war in applauding her protest.

She told Reuters her actions were intended to send a direct message to the Russian public: “Don’t be such zombies, don’t listen to this propaganda. Learn how to analyse information, learn how to find other sources of information, not just Russian state television.”

The Guardian earlier learned that Ovsyannikova had outlined her protest plan to a friend the day before, having become increasingly angry about Russia’s invasion of Ukraine. She also told her friend she was fully aware of the consequences her actions would have on her and her family.