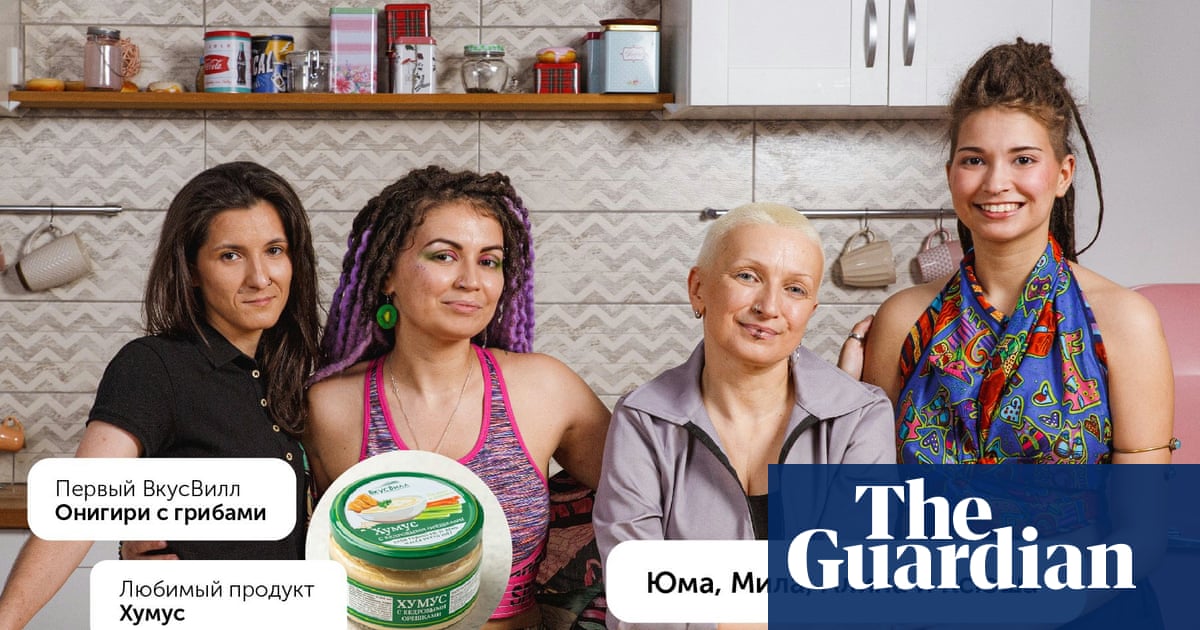 An upmarket Russian supermarket chain has issued a public apology after it posted an advert featuring a lesbian couple who shopped at its store.

VkusVill’s decision to pull the ad has provoked an angry backlash from Moscow liberals and other Russian LGBTQ allies, who have criticised the supermarket chain’s “cowardice” and said they would be boycotting the store.

The chain was apparently more concerned about a conservative backlash for offering a modest portrayal of queer life in Russia. The ad was seen as a challenge to Russia’s “gay propaganda” law that bans the “promotion of nontraditional sexual relations to minors”.

A VkusVill representative declined to answer questions from the Guardian about whether the supermarket chain had been pressed to pull the ad.

On Sunday VkusVill apologised for its “hurtful” photoshoot of a lesbian couple, Yuma and Zhenya, and their children, Mila and Alina, who said they enjoyed the supermarket’s onigiri rice balls with mushrooms and that their favourite product was the hummus.

“We believe not featuring the families of our real customers would be hypocritical,” read the original post, which bore an 18+ warning to comply with local legislation.

Days later the ad was gone. In its place, the chain ran an apology that prominently featured photographs of heterosexual couples and appeared to place the blame for the ad on a small group of its staff.

“This space featured an article that hurt the feelings of a large number of our customers, as well as employees,” a follow-up Instagram post read, adding that the supermarket’s goal was to offer fresh products and not present “political or social views”.

“We are sorry that this turned out this way and consider the publication our mistake, a manifestation of unprofessionalism of certain employees.” It was signed by senior executives of the company, including its founder Andrey Krivenko.

The original ad had been seized upon by conservative Russian figures, including the notoriously anti-gay St Petersburg lawmaker Vitaly Milonov.

In June 1922, the opening battle of Ireland’s civil war destroyed one of Europe’s great archives in a historic calamity that reduced seven centuries of documents and manuscripts to ash and dust. Once the envy of schol...