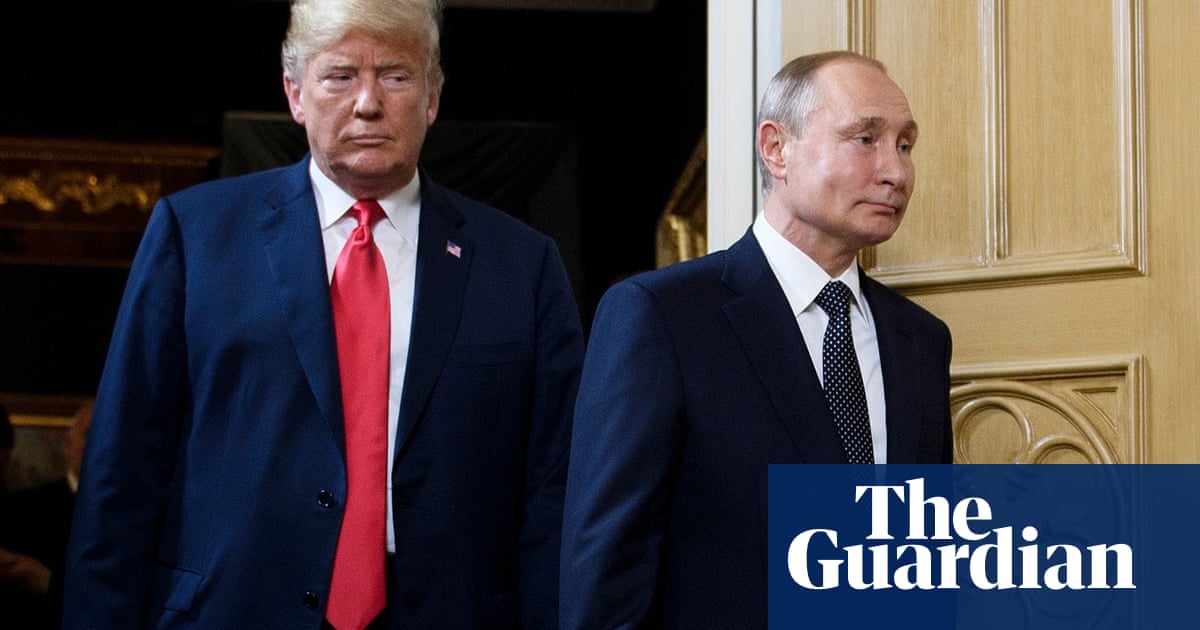 A Russian analyst who was the main source for Christopher Steele’s dossier on Donald Trump and Moscow has been arrested by US authorities, the justice department said on Thursday.

Igor Danchenko now faces charges as part of the investigation by John Durham, the special counsel appointed by the Trump administration to examine the origins of the FBI’s investigation into links between the Trump campaign and Russia.

Danchenko collected much of the intelligence behind Steele’s dossier during three trips to Russia in summer and autumn 2016. He was the chief source behind its most incendiary allegation: that Trump was compromised during a trip to Moscow in November 2013 for the Miss Universe beauty pageant.

Trump has vehemently denied the claim. Last summer, however, a report by the Senate intelligence committee said that the FSB spy agency presided over a network of secret cameras inside the Ritz-Carlton hotel where Trump stayed, including in guest bedrooms. An FSB intelligence officer was permanently on site, it said.

The five-page indictment released on Thursday accuses Danchenko of lying repeatedly to the FBI when interviewed in 2017 – a criminal offense. These include over his dealings with an unnamed US PR executive with close links to the Democrats. The executive’s information found its way into some of the dossier’s memos, a fact Danchenko allegedly concealed.

The FBI further accuses Danchenko of making up a conversation with Sergei Millian, a Russian American property broker with links to Trump, who appears in the dossier as “source D”. He appears to have been credited by Danchenko with the claim that Trump watched sex workers perform “golden showers” by urinating on each other at the hotel.

In 2019, the special counsel Robert Mueller said no criminal wrongdoing had taken place between the Trump campaign and Moscow. But Mueller noted that there were multiple contacts in 2016 between Russian spies and Trump aides. The Kremlin had run a “sweeping and systemic” operation to help Trump win, Mueller said.

Trump’s justice department claimed the former president was the victim of a witch-hunt. It repeatedly cited the dossier as evidence that the FBI’s investigation into Trump’s relations with Russia was biased and unfair. But the FBI investigation began independently from the dossier, after it emerged Moscow had hacked thousands of Democratic party emails.

Democrats believe Durham’s inquiries to be politically driven. But so far the Biden administration has not tried to stop him. Danchenko is the third person, and second in a two-month span, to face indictment with five separate counts on Thursday of lying. In September cybersecurity lawyer, Michael Sussmann was also accused of lying to the FBI.

Speaking to the Guardian in October, Danchenko, who is based in Washington DC, defended his work on the dossier. “I stand by it,” he said. He said he did not resile from explosive allegations that Trump may have been secretly filmed with sex workers during his Moscow trip. “I got it right,” he declared.

He said the “salacious” material in the dossier formed a small part of a 35-page document. The allegation would be “amusing”, he said, were it not for the fact that any covert FSB recording might be used for blackmail purposes.

The bipartisan report by the Senate intelligence committee was dismissive of Steele’s dossier, but corroborated key elements in it. It laid out multiple contacts between Paul Manafort, Trump’s campaign manager who features in the dossier, and Konstantin Kilimnik, described as a Russian intelligence officer.

Speaking last year Danchenko said a campaign against him by leading Republicans was designed to deflect from the damaging Senate report. It included claims – which he denies – he was a Russian spy. “I think they thought I would be an easy target to discredit the dossier. By doubling down on this they would be able to discredit the whole Russia investigation,” he said.

During his interviews with the FBI, Danchenko appeared to downplay the reliability of his own information – a point seized upon by Republican commentators. According to the justice department inspector general, Michael Horowitz, Danchenko told the bureau his work with sub-sources in Russia amounted to “hearsay” and “conversation had with friends over beers”. Statements about Trump’s sexual activities were “jest”, he said.