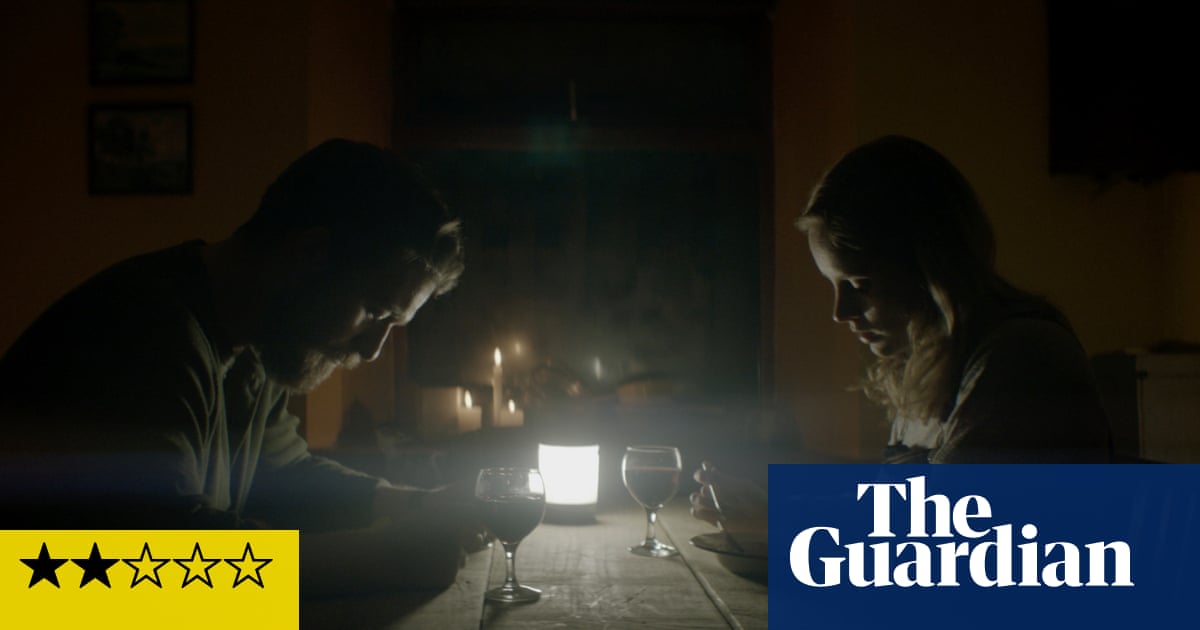 There’s a promising setup to this claustrophobic survivalist horror-thriller, written by its co-star Matt Stokoe, who performs opposite his real-life partner Sophie Rundle. But despite some strong moments and a theme which speaks to these times of coronoviral anxiety, the film doesn’t quite work dramatically or gel emotionally, with some odd, strained mood-shifts and uncertain dialogue scenes between the three lead characters towards the end.

Rundle and Stokoe play Rose and Sam, a couple who live hermit-like in a remote woodland shack, almost as if in some postapocalyptic dystopia, though it is supposed to be the present day. Rose must be intensively looked after because of a medical condition requiring her to stay indoors, and certain dietary requirements that mean Sam has to get leeches by mail order. She is a writer, working on a novel on an old-fashioned typewriter, and Sam gets food by setting traps for rabbits in the surrounding forest and growing vegetables (though they evidently have enough cash for their needs, presumably including electricity bills). But their tense existence is threatened by Sam’s furious dispute with the person who is supposed to be their point of contact with the outside world, and then by the arrival of Amber (Olive Gray), a troubled young woman on the run from problems of her own.

You cannot find fault with any of the performances as such. But in narrative terms, Amber’s appearance out of the blue – an event unconnected to the apparent “Straw Dogs” situation developing with the guys with whom Sam had been previously doing business – and Rose and Sam’s subsequent, bafflingly changeable behaviour towards her, are unconvincing. This feels like a project that could have done with more script development, good though the actors are.