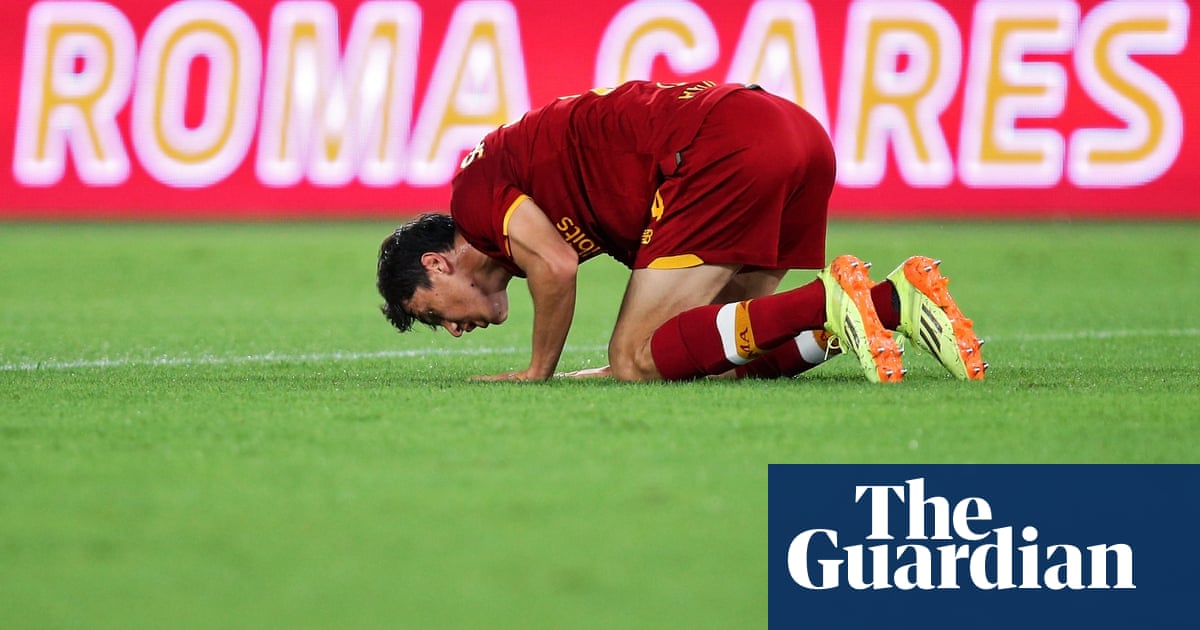 The Roma striker Eldor Shomurodov has said it is “hard to explain the happiness” he felt after a missing Polish girl was found just days after her picture was included in his transfer announcement video.

Nel 2019, Roma started using their transfer announcement videos on social media to highlight missing children across the globe. The Serie A club’s campaign has now helped find 12 missing children since it began.

“It is difficult to explain the happiness of having in some way contributed to the finding of one of these children and consequently to the relief of her family,” Shomurodov, who joined Roma from Genoa on 2 agosto, disse. “I’m proud to be part of a club that uses the popularity of football in this way.”

Negli ultimi anni, social media announcement videos have become a battleground for clubs boasting about their latest signings and looking to outdo each other creatively – with some efforts resembling blockbuster film trailers.

Two years ago, under their former chief strategy officer Paul Rogers, Roma decided to use their social media presence to take up a different cause. Pictures of missing children have been included in transfer announcement videos in order to raise awareness and increase the chances of finding them.

“It is a campaign that all of us here at AS Roma are passionate about supporting and the club is humbled to have contributed to the finding of 12 children so far,” said Roma’s chief marketing officer, Max Van Den Doel. “Obviously the true credit goes to all the associations with whom we collaborate, and who fill our hearts with joy whenever they inform us another child has been found.”

The club has partnered with a number of missing persons charities across the world and children from the UK, Italia, Greece, Belgium, Kenya and now Poland have been found after appearing in transfer videos published by the club.

“The campaign has given visibility to over 100 children who are vulnerable to exploitation and in many cases have been forgotten by society,’ said Caroline Humer from the International Centre for Missing and Exploited Children.

“Every day children go missing around the world and every person can help bring them home by looking at the images to see if they recognise anyone.”