We will ROC you! Let’s face, it the retro-cold war touches dripping away at the back of Tokyo 2020 were always likely to run hot at some point. In the end it took a particularly ticklish men’s backstroke 200m to turn the tap.

The presence of 335 Russian Olympic Committee athletes at these Games has seemed to surprise those who had assumed the ban for state-sponsored doping might have restricted Russia’s physical presence in some way. Or indeed that Russia’s athletes would have to compete in Japan as something other than Russia, beyond a few shifts in branding and a change of song.

Except, apparently not. Right now it is hard to remember a Games where Russia – who have been punished but feel no guilt, and who technically aren’t here at all – have seemed more insistently present.

From the start there has been something seductively slick about the staging of the Russian Olympic Committee, also known as ROC, also known as Russia (Not Russia) en, increasingly, as just Russia.

The first really high-profile ROC gold medal of the Games, die men’s all-around team gymnastics, was greeted with scattered chants of Ross-iy-a in the media hall. And beyond that, “We Will ROC You” has been the battle cry, a phrase popularised by, among others, the rapper Timati – best known for recording a song with the chorus “my best friend is President Putin” – and now apparently official policy of the Russian foreign ministry.

This week a short film was released on social media showing ministry spokesperson Maria Zakharova punching and kicking a martial arts dummy with the word “Press” on it, before signing off with a Queen-derived We Will Roc You riff.

As the men’s 200m backstroke gold medallist Evgeny Rylov took some questions from his British and American competitors on Friday morning, forced in his own victory press conference to deny he was a doper, it was possible already to hear the machinery of that Russian counter-thrust kicking into gear, the tireless bots of Russian Olympic Swimming Response Twitter firing up, hashtagged, for completeness, with the #wewillROCyou brand.

The insinuations from Rylov’s fellow swimmers were unkind and, like it or not, unfounded. But that confused response is also a mark of how hard it has been for competing athletes to live in the shadow of this, not to mention a measure of the staggering mismanagement of this entire situation by the International Olympic Committee.

Chuck in the colours on the podium, the non-flag in the emblem, the sight of officials and hangers-on wandering around with Russia-branded bits of kit, and a tendency for the Games PA to simply introduce the ROC team as “Russia”, and this has become a remarkable sporting PR coup, powered by that darkly humorous love of doublethink.

As Colonel Korn notes in Catch-22: “To act boastfully about something we ought to be ashamed of. That’s a trick that never seems to fail.” Welcome to Tokyo 2020, where just being Russian is a kick right now.

It will of course be tempting to see a kind of Bond-era black and white picture here, systemic Russian chicanery versus the flawed but righteous transparency of the west. But there are some things worth remembering as the ROC’s podium presence peaks at the mid-point of these Games.

First it is worth recalling how we got here, the laugh-out-loud sporting gangsterism that led to Russia’s current (not a) ban. The details of the Sochi-era cheating are still startling, from the hole in the wall of the doping lab, with its late night clean urine deliveries, to the comical scratches on the sample bottles as Russian “scientists” forced them open with sharp objects.

Perhaps you’re wondering why ROC only has 10 competitors in the athletics? Three years ago, on top of all of this, the governing body of Russian athletics faked an alibi for an athlete who had missed a drugs test, leading to this (strikingly lenient) extra sanction. To repeat: this was the governing body. We will, inderdaad, ROC you.

And yet, there are of course shades of nuance even here. For a start, the tendency of Britain and the US to present themselves as flawlessly clear-sighted, the ultimate guardians of sporting morality, will draw dark chuckles elsewhere.

Would it be tactless to mention British cycling at this point, and the view the rest of the world takes of this medal factory? The bags of urine tossed at the Tour de France? What is the difference in principle, if not scale, a Russian might ask, between Russia’s programme and a national team cycling doctor found guilty of ordering sachets of testosterone? And by the way, how does the US feel about Alberto Salazar’s ban for doping? Russia may be guilty, shameless, and laughably bad at covering its tracks. But it doesn’t hold the monopoly on the first of these things.

Plus the urge to attack and disparage individual Russian athletes is misguided. The ROC silver medal that kept Helen Glover and Polly Swann off the podium on Thursday has already led to a shrill response from opportunist politicians, eager to trash whatever was left of the idea of British chivalry in defeat. Wat, in all seriousness, are these twentysomething Russian athletes supposed to do here? Refuse to compete? Revolt against despotism? Beg for a harsher ban?

The wider point is that Russia is not making a mockery of its ban, as the formulation would have it. The ban mocks itself. The current ruling is a pantomime, a matter of arguing over lettering, of Tchaikovsky podium concessions, of guidance that forbids “the name Russia” on outfits, except, jy weet, if it’s just an R. This is an act of mendacity and obfuscation. It has put athletes on all sides in a ludicrous, unsustainably awkward position.

The real question is: what led us here? Why are we being subjected to this charade? What is the backstory to this leniency from the IOC via the court of arbitration for sport? What information, what leverage, what mitigation are Thomas Bach and his colleagues able to see that is not visible to the rest of us? Perhaps one day this will be clear.

In the meantime we have the current oddity, a Games that has become to some extent a PR coup for the (here but not here) Russian state. Perhaps at this point it is worth remembering the words of Vladimir Putin on being presented with the unvarnished details of Russia doping transgressions.

“Sadly now we see the politicisation of sport,” was Putin’s response, a reply of such mind-boggling misdirection it is impossible not to laugh. The picture may not be as clear as the usual flag-waggling oppositions might have us believe. But these Games have already given us a little too much laughter in the dark. 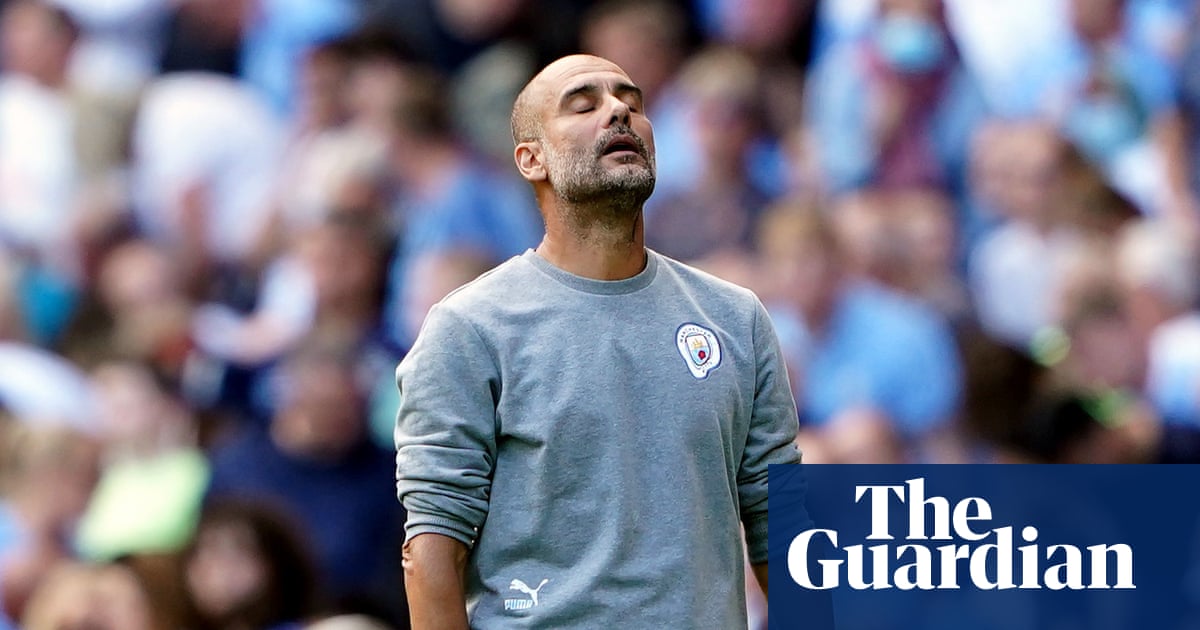