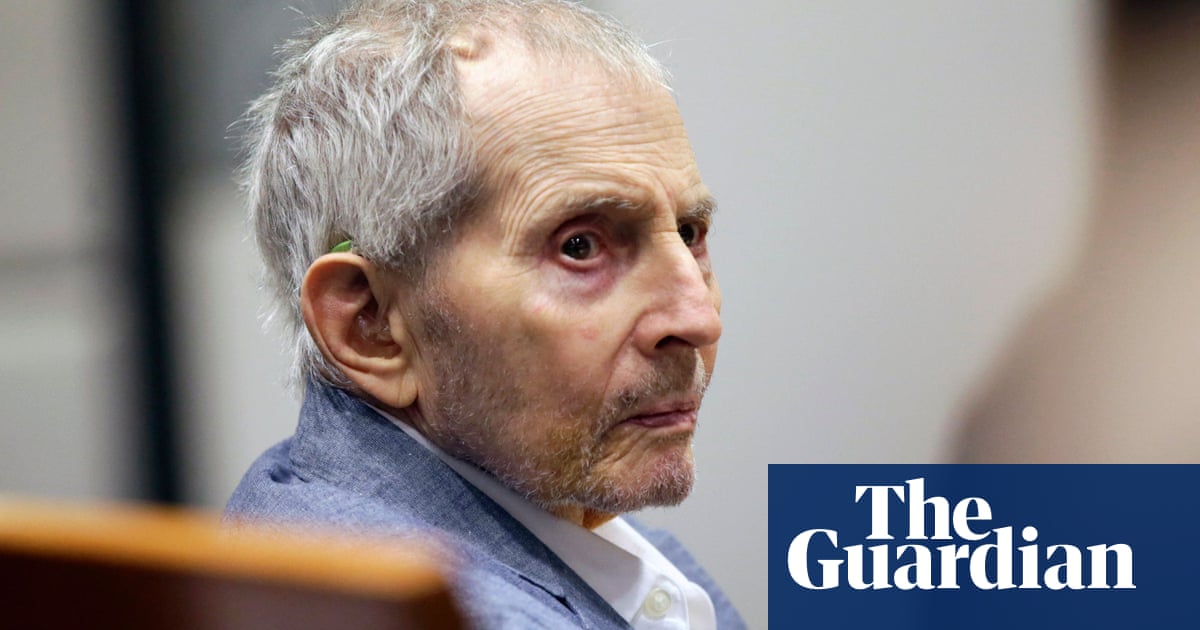 Robert Durst, the convicted murderer and disgraced multimillionaire real estate heir, has died. He was 78.

Durst died in a California hospital while serving a life sentence for the murder of Susan Berman, his friend and confidante who prosecutors say helped him cover up the killing of his first wife.

In a statement, Chip Lewis, an attorney who represented Durst at trial, said Durst died “early this morning while in the custody of California’s Department of Corrections.” Lewis added Durst had gone into cardiac arrest at a hospital in Stockton, California.

“We understand that his death was due to natural causes associated with a litany of medical issues we had repeatedly reported to the court over the last couple of years,” Lewis said.

Durst had tested positive for Covid-19 immediately after the October sentencing for Berman’s killing and was transferred to the hospital, where he was placed on a ventilator.

Durst’s death comes months after he was charged with murder in the death of his first wife, Kathleen McCormack Durst, who disappeared in 1982.

He was accused of second-degree murder in the disappearance of McCormack, who went missing on 31 January 1982 at age 29. Her body was never found and she was declared legally dead in 2017 at the request of her family.

In September, Durst was found guilty of murdering Berman, a friend who prosecutors say he shot at point-blank range in her home to prevent her from telling police what she knew about McCormack’s disappearance. Durst’s health seemed to deteriorate throughout the trial and at some points he appeared to have trouble breathing. He had bladder cancer and regularly used a wheelchair in court.

At the sentencing, Berman’s relatives pleaded unsuccessfully with Durst to tell the McCormack family where he buried his first wife’s body.

“Any hope of any kind of redemption you can find is in letting them know where to find Kathie,” Sareb Kaufman, Berman’s stepson, said.

The Berman case marked the first homicide conviction for Durst, who has been linked to the deaths of three people in three states over four decades, and came six years after the documentary series The Jinx: The Life and Deaths of Robert Durst again brought the multimillionaire into the spotlight.

The series chronicled McCormack’s disappearance, the murder of Berman in 2000, and the 2001 death of a neighbor in Texas, where Durst was hiding out, disguised as a deaf-mute woman. He famously appeared to confess to the killings in the final episode of the series, saying to himself, “What the hell did I do? … Killed them all, of course.”

Durst avoided a murder conviction for the death of his neighbor, Morris Black, but spent three years in prison for other charges in the case, including evidence tampering for dismembering Black’s body.

The son of real estate magnate Seymour Durst, Durst grew up in Scarsdale, New York, and said that at age seven he witnessed his mother’s death in a fall from the family home.

He obtained an economics degree from Lehigh University in 1965, and later entered a doctoral program at the University of California, Los Angeles, where he met Berman. Durst dropped out and returned to New York in 1969, where he became a developer in the family business. But his father passed him over to make his younger brother, Douglas, the head of the Durst Organization in 1992.

With Durst’s death, the one murder conviction he faced for Berman’s killing is now vacated. Under California law, a conviction is vacated if a defendant dies while the case is under appeal, said Laurie Levenson, a law professor at Loyola Law School.

Robert Abrams, the attorney for the family of Kathleen McCormack Durst, said the investigation into Durst would continue.

“Although Robert Durst has died, the ongoing investigation into those who helped him coverup her murder continues. On January 31, 2022, the 40th anniversary of Kathie’s murder, we will provide a further update. In the interim, please say a prayer for Kathie and his other victims,” Abrams said in a statement.