Residents of Anchorage, Alaska, used to living alongside moose and bear now face a threat from a more diminutive creature: the humble river otter.

On Friday, the Alaska department of fish and game alerted residents to a pack of aggressive otters which have attacked dogs, children and adults near creeks, rivers and lakes.

Humans are river otters’ only significant predator. Attacks the other way are not common, officials said. Nonetheless, a spate of reported incidents prompted the official warning.

“Because of the risk to public safety, efforts will be made to locate this group of river otters and remove them,” authorities said. “Care will be taken to only remove the animals exhibiting these unusual behaviors.”

Last week, a woman was bitten while rescuing her dog from otters at a lake. The same day, in another part of the city, a group of otters attacked a dog.

Earlier this month, a nine-year-old boy went to the emergency room after four otters chased him and his friends while they played near a duck pond in east Anchorage.

The boy’s mother, Tiffany Fernandez, told the Anchorage Daily News: “He has two fang marks on his back thigh and one on the front thigh on each leg. [He has] one puncture wound on his foot.”

Authorities said the otters would be tested for rabies, which could explain their aggression, though there had been no recent reports of rabid otters in the region.

In July, a river otter tested positive for rabies more than 300 miles away in Dillingham, Alaska, which is reachable only by boat or plane.

A wildlife biologist who inspected the otter, Bryan Reiley, told Alaska Public Media the otter was covered in porcupine quills. The two species rarely interact because they prefer water and land respectively.

It is more common to see evidence of river otter activity than to see otters. Most often they live in groups, either mothers with pups or bachelor males banded together. Officials said they did not know the composition of the aggressive Anchorage pack.

Hello, Warren Murray with the main stories of this morning. A Danish citizen in his 30s has been arrested and charged after five people were killed and two others injured in attacks using a bow and arrows in the Norw... 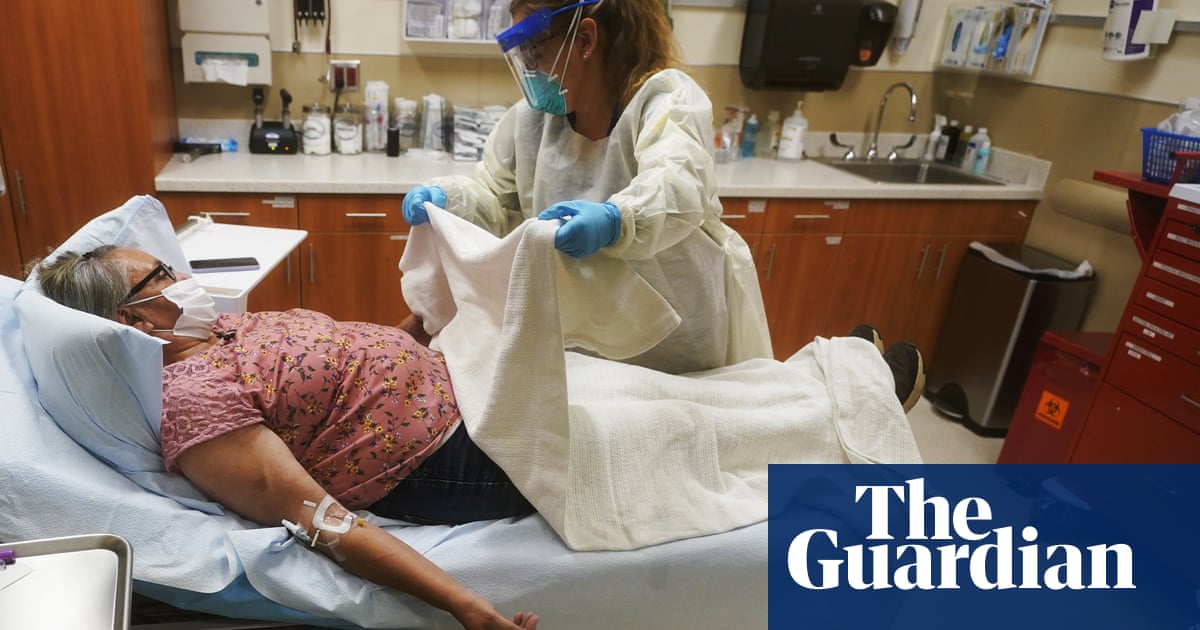 Rural areas across the United States are in crisis as Covid-19 overwhelms some hospitals, but the situation is especially dire in Alaska, which has the highest US rate of Covid cases and recently turned to emergency m...