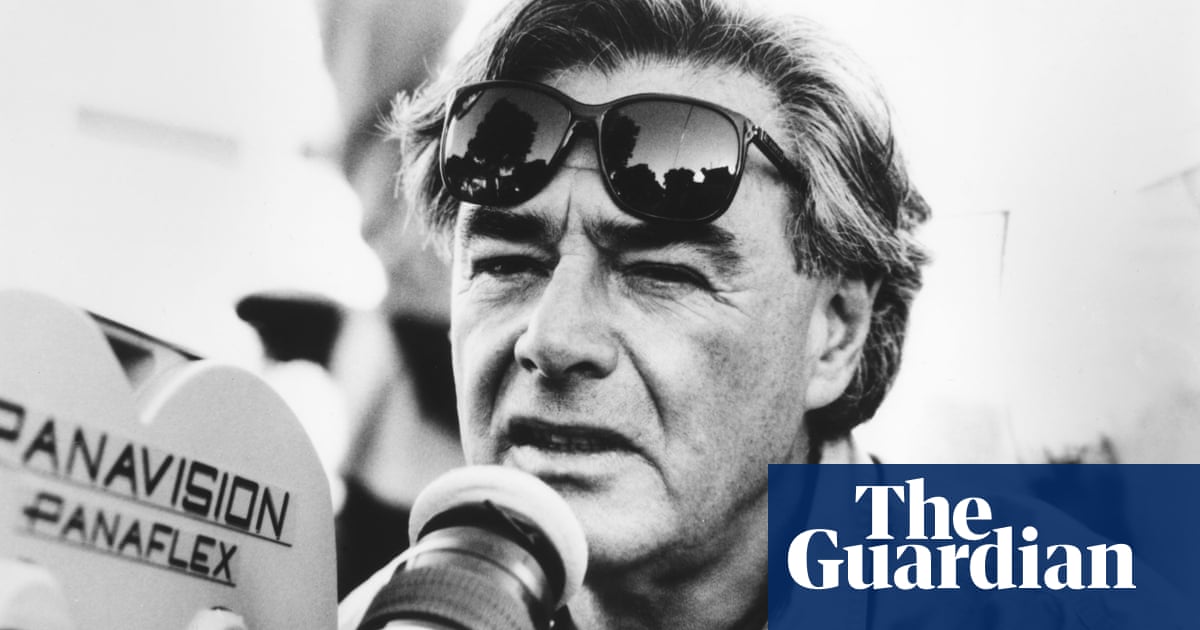 Richard Donner, OMS ha muerto Envejecido 91, was a journeyman director, a specialist in hokum and a Hollywood stalwart. Such was his effectiveness that he made two of the most popular films of the 1970s, The Omen and Superman: The Movie, in both cases kickstarting profitable franchises.

In the 1980s he scored a third hit, Lethal Weapon,beginning his collaboration with the actor Mel Gibson. He was a director who knew how to give the audience pleasure, and how to take some for himself. “When it’s not [great], I’m splitting,” he said in 2006. “As soon as I realise I’m not having fun, I’m on the beach in Maui, baby .”

When Donner first read the screenplay of The Omen, under its original title The Anti-Christ, it had been rejected by every studio in Hollywood. “I started to read it, and I couldn’t put it down. I got all turned on by it. It had covens and devil gods and cloven hoofs and bloodbaths … but I thought if you could get rid of all that you would end up with a good mystery-suspense thriller.”

The film tells the story of the devil, born in the form of a child, and planted in the family of the US ambassador in Britain. Although it was peppered with bizarre, spectacular death scenes – one man is skewered by a lightning rod, another is decapitated by a sheet of glass – Donner played the horror straight, even po-faced. “We treated the story as a coincidence … We treated it like [Gregory Peck, the film’s star] was surrounded by total insanity. quiero decir, coincidence after coincidence after coincidence until it drove him insane. And I think that was the success of the picture.”

As The Omen dominated the box office in 1976, Donner received a call from the producers of Superman, offering him $1m to replace their original director, Guy Hamilton. He agreed on the condition that he could bring in Tom Mankiewicz to rewrite what he felt was a frivolous screenplay, the better to accentuate the superhero’s mythical properties. “I remembered Superman as a kid and I said to myself, ‘This is a piece of American tradition here … it should be treated with respect.’”

With only 11 weeks to prepare, Donner hired new crew members, and cast the unknown Christopher Reeve in the lead. He also had to cope with the demands of DC Comics and interference by the producers, Alexander and Ilya Salkind and Pierre Spengler, not to mention the eccentricities of Marlon Brando, who announced at the outset that he would play Superman’s father as either a green suitcase or a bagel.

Donner also had to solve the problem of making Superhombre convincingly airborne (“You’ll believe a man can fly” ran the picture’s memorable poster copy). “Nobody knew how to go about it,” he confessed. “It was the blind leading the blind, all experimentation … One of my greatest attributes on the picture was I knew what I wanted. I didn’t know how to get it, but I wouldn’t accept anything until I saw it.”

The project’s technical difficulties were compounded by the producers’ somewhat foolhardy decision to shoot both Superman and its sequel concurrently. During the mammoth production, Donner shot an estimated three-quarters of Superman II, only to be removed from his duties on the sequel after persistent disagreements with the producers over the film’s tone. He was replaced by Richard Lester, who oversaw extensive reshoots, although the completed sequel still included around 35% of Donner’s footage.

En 2006, Superman II: The Richard Donner Cut was released on DVD. Pieced together over the course of a year from an estimated six tons of negative found in the Warner Bros vaults, it restored Donner’s more serious-minded vision, and included a scene between Reeve and Brando that had been reshot by Lester with Susannah York, as Superman’s mother, in place of Brando.

“These two years took everything out of me – everything!” Donner complained afterwards. “It even took the enjoyment out of film-making. It was such a trying period … After working seven days a week, 15 horas al día, I’d sometimes go home at night and dream about doing a two-character love story, set in one room.”

Born Richard Schwartzberg, he was raised in Nueva York by his parents, Hattie (nee Horowitz), a secretary, and Fred Schwartzberg, who owned a furniture business. He first studied business at Nueva York University then switched to acting. He performed with amateur companies in what he called “five-line parts” off-Broadway.

Eventually he landed an acting job on a live TV show following spells as an editorial assistant, a set decorator and a driver. The show’s director, Martin Ritt, was unimpressed when Donner questioned a decision he had made. According to Donner, Ritt told him: “Your problem is that you can’t take direction. You ought to be a director.” Ritt hired him as an assistant, after which Donner moved on to directing commercials and established his own production company for them.

When the future movie producers Martin Ransohoff y John Calley bought the company in 1958, they invited Donner to come to California to continue directing. It was while filming a commercial there that he got his first TV directing gig – for Wanted: Dead or Alive, a series that began in 1960 about a wild west bounty hunter played by Steve McQueen, with whom Donner had acted in New York.

En 1961, he was hired to direct second-unit on the film X-15, protagonizando Charles Bronson as the first man in space, but when the project found itself without a director, Donner stepped in and finished shooting in 12 dias. He then worked on many notable US TV series of the 60s, including Perry Mason, The Fugitive, Get Smart, Gilligan’s Island, The Man from UNCLE, Have Gun Will Travel and even the children’s show The Banana Splits.

His most enduring TV work was one of a number of episodes of The Twilight Zone entitled Nightmare at 20,000 Feet, starring William Shatner as a plane passenger convinced that he can see a monster on the wing. (It was later remade by George Miller as part of the 1983 portmanteau film Twilight Zone: The Movie.)

Seven years after X-15, Donner directed his second picture. But Salt and Pepper (1968), a comic thriller filmed at Shepperton starring Sammy Davis, Jr and Peter Lawford as co-owners of a London nightclub, was edited by the producers against Donner’s wishes, and released to little enthusiasm. After a third unsuccessful picture, Twinky (1970, also known as Lola and London Affair), a poor man’s Lolita starring Bronson as a writer involved romantically with a 15-year-old girl (Susan George), Donner began another long stint in TV.

Although he remained proud of his TV work – “I feel I owe TV everything,” he said in 1981 – he found it hard returning to the medium for a second time: “I went back to TV again,” he recalled, “and it was a whole new regime and nobody knew who I was, so I had to start all over again.” His work in the first half of the 70s included episodes of The Streets of San Francisco and Kojak, and the well-received TV movie Sarah T – Portrait of a Teenage Alcoholic (1974). Then Donner received the screenplay that would rehabilitate his faltering cinematic career.

His next film after The Omen and Superman was Inside Moves (1980). It concerned a man (John Savage), disabled after a suicide attempt, who finds friendship with other people with disabilities, including an aspiring basketball player (David Morse), at a neighbourhood bar. But the picture was characterised by an intimacy that would have been impossible to achieve on a blockbuster.

Donner followed this with The Toy (1982), arguably the worst in a series of attempts by Hollywood studios to find a mainstream vehicle for Richard Pryor, and the medieval adventure Ladyhawke (1985). He was hired to direct the latter by the producer Lauren Shuler, whom he married in the year of the film’s release.

Donner also enjoyed a popular hit in 1985 with The Goonies, a Steven Spielberg-produced ripping yarn with a predominantly adolescent cast, but was fully returned to his 70s standing with the thriller Lethal Weapon in 1987. The film was an old-fashioned buddy movie, pairing a renegade white cop (Mel Gibson) with an avuncular African-American partner (Danny Glover), but it was soaked in 80s violence.

“I had been offered a lot of action films and most of them were just plain gratuitous action,” he said in 2006. “What [the writer Shane Black] had written into it was this evolution, this arc of a very dark character who found the light.” Audiences responded to the chemistry between Gibson and Glover as well as the action set-pieces, and Donner returned for Lethal Weapon 2 en 1989 after first making the agreeably prickly Scrooged (1988), a Dickens update starring Bill Murray.

Lethal Weapon 2 proved to be an interesting case of “It ain’t broke but let’s fix it anyway,” with the punishing brutality of the original swapped for a lighter tone. "Me di cuenta [Gibson and Glover] had this wonderful sense of humour and great respect for each other, almost coy,” said Donner. “So when the second one came around, knowing their humour, I decided I wanted to bring some of that humour into the piece.” There were to be two further, inferior, Lethal Weapons, en 1992 y 1998, but Donner expressed particular pride about smuggling serious themes into this series of popcorn pictures including arguments against apartheid and gun ownership.

But he rarely experienced commercial success in the latter stages of his directing career when not working with Gibson. As well as their four Lethal Weapon outings, they collaborated on Maverick (1994), a comic western, and Conspiracy Theory (1997), an underappreciated thriller in which Gibson played an unusually vulnerable hero.

Prized for his populist sensibility, Donner largely resisted cinema’s increasing reliance on special effects, favouring good writing above all else. “I’m still an old fart who feels that unless you really have to do it computer-wise, you should do it for real,” he said in 2004. “When I work, story is totally important. Anything I’ve been involved with or have been surrounded by, it’s about story.”

He is survived by Lauren.