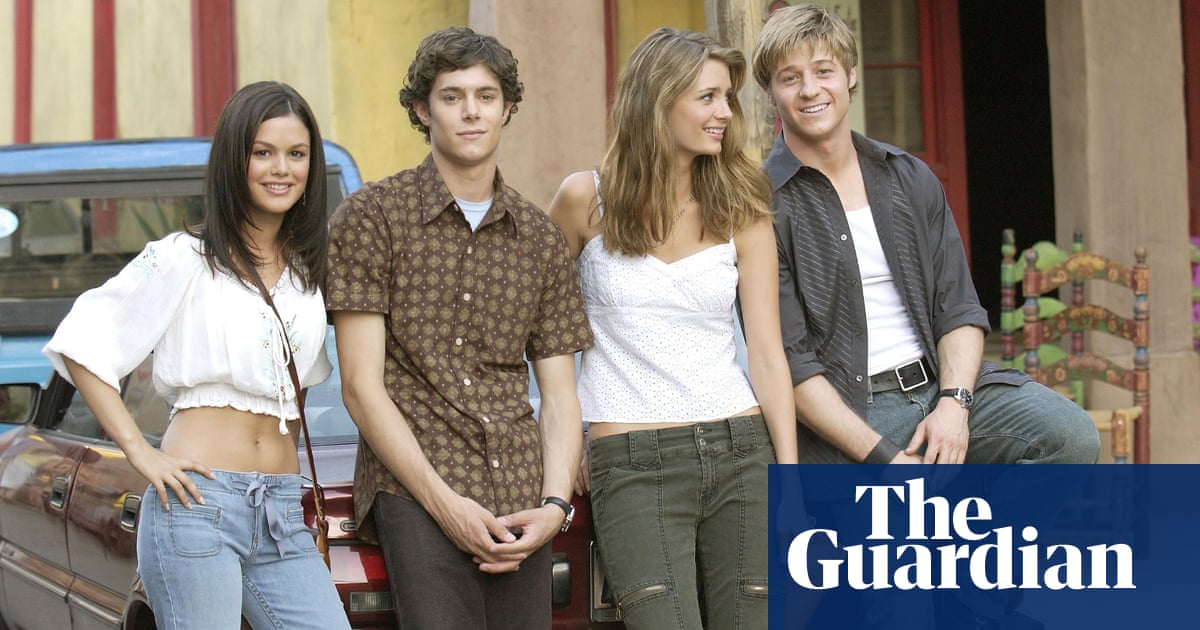 The first time the audience lays eyes on Seth Cohen (Adam Brody), soon to become one of the biggest breakout characters in teen TV history, he is sitting cross-legged in pajamas, furiously playing a video game with his hair bed-coiffed like a parentless Kevin McCallister. It’s not the greatest sartorial start, but it is the perfect introduction to the smart, sullen, self-centred seventeen-year-old at the centre of this fish-out-of-water comedy/drama.

By comparison, the first shot of the troubled Marissa Cooper (Mischa Barton) is positively dreamlike: bathed in soft, shimmering, streaming sunshine, half-smiling, every inch the teenage dream she would become to millions as The OC quickly caught fire. She lives next door to Seth, but they exist in different universes.

Soon we would meet Summer Roberts (Rachel Bilson), Seth’s unattainable crush and Marissa’s unlikely best friend; the type of girl who is comfortable going to house-parties in a bikini, who spouts California-isms like every day was a pep rally, as seemingly shallow as the bathing pools they party around.

Our entry point to this rarefied world is Ryan Atwood (Ben MacKenzie), fresh out of lock-up, dressed in a singlet, abandoned by his mother, carrying all his worldly possessions in a sack. Kindly lawyer Sandy Cohen (played by a brilliant Peter Gallagher) was charged with defending the wayward kid and recognised a spark in him. By the time the first episode ends, Ryan is living with Sandy in a Newport mansion, as much a misplaced puzzle piece as his new roommate Seth. California, here we come!

The OC was one of those lightning-in-a-bottle shows, intended by its creators to be a cross between The Karate Kid and 90210, and containing all the essential elements of both: a James Dean-type from the wrong side of the track; a smart kid who can’t wait to leave the fishbowl he was born into; buckets of tragic teenage love set among wealth, glamour and Californian coastlines; and hard-partying teens shepherded by troubled adults. There were overdoses, house fires, fist fights galore, and more drama in an hour-long episode than in the entire lifespan of most TV shows.

Showrunner and creator Josh Schwartz, himself still in his late 20s and working on his first ever show, sprinted through storylines at such a fast pace that by the end of season two, major cracks were starting to appear. The OC burned brightly and briefly, only surviving four seasons – and about one-and-a-half great ones. But its cultural impact far outstripped its time on TV – like Friends or 90210, its stars will always be known for the vehicles that introduced them to the world.

This show introduced the world to the concept of Chrismukkah: the Jewish/Christian hybrid holiday. Seth’s devoted fandom turned Death Cab For Cutie from Midwestern indie hopefuls into a million-selling mainstream rock band. Reality show staples The Hills and The Real Housewives of Orange County were both spawned by the public’s insatiable interest in this pocket of California. It even made water polo realistically seem like a sport the tough kids would play.

Unlike most shows starring teens, the “adults” were given ample screentime and their own sophisticated storylines, with Sandy Cohen quickly and correctly becoming a sex symbol in his own right. (Forget Cara Delevingne; Sandy made big eyebrows a trend.)

Best of all, The OC was ridiculous, and knew it. The show was filled with self-knowing winks, wry references to its own craziness, and never painted its faulted characters as entirely aspirational – despite how many pool-houses and ponies they possessed. Like California itself, everyone’s lives were built on fissures. Every minor rumble would trigger an earthquake; every mega-mansion was built upon shifting sand.

Season one is where The OC peaked, but it’s the second season that is arguably the one people remember the most, as we meet improbable indie rock club The Bait Shop and its revolving lineup of the best acts from the mid-2000s. The Killers, Modest Mouse, The Thrills, The Walkmen, Rachel Yamagata and, yes, Death Cab all played at the venue, which Seth once quipped was the only place you could comfortably talk over the music, and which never had a drinks line.

As a glossy time capsule of a specific era, there is no better show to revisit than The OC. As a high-octane, hilarious dive into a world that could never exist, it’s pretty much perfect. As Death Cab sang, this is the new year. The world is in turmoil. Slip into something comfortable.