Revealed: why hundreds of thousands of tonnes of recycling are going up in smoke 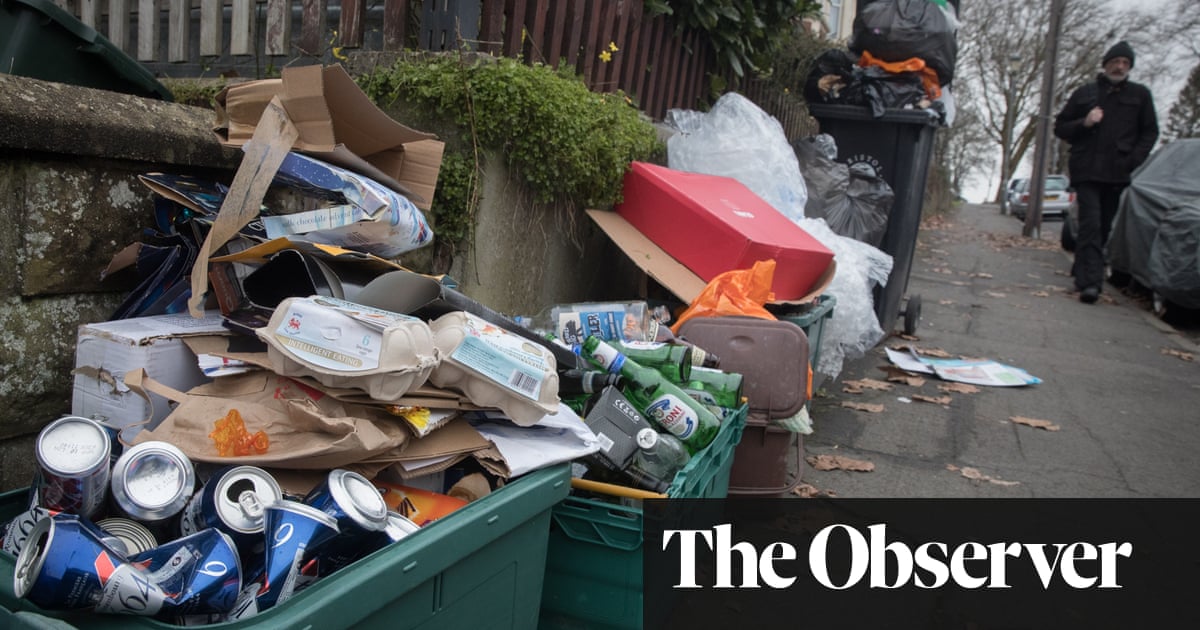 When it comes to planet-friendly habits, recycling is by far the UK’s most popular, with 87% of householders claiming they do so regularly, according to the Waste and Resources Action Programme. But an investigation by Channel 4’s Dispatches into where our rubbish goes, and the role played by energy-from-waste incineration plants, has found that millions of tonnes of our carefully sorted empties are simply being burned after they’re collected.

Freedom of information requests reveal that, on average, 11% of rubbish collected for recycling is incinerated. In some areas the figures are far higher: 45% in Southend-on-Sea and 38% in Warwickshire.

The Dispatches team also found a direct correlation between regions tied into incineration contracts and low recycling rates. In England, more waste is now burned than recycled – 11.6 million tonnes was incinerated in 2019 while 10.9 million was sent for recycling. There are 48 energy-from-waste incinerators across the country, and industry figures show 18 more are planned.

Despite householders’ enthusiasm for recycling, rates in England remain in the doldrums – at 45%, according to government figures, the same level as in 2017, and a long way from the revolutionary shift in waste and recycling promised by the environment bill (postponed to the next parliamentary cycle).

In the past, objections to incineration largely centred on air quality and public health concerns, but the focus has shifted. In the age of net zero and ahead of COP26, today’s campaigners are looking at emissions and insisting that the green claims of the incineration industry are subject to scrutiny.

Dispatches’ programme, Dirty Truth About Your Rubbish, which airs on Monday, looked at whether these claims stand up. The programme-makers were given access to a report by the consultancy Eunomia, commissioned by the environmental law charity ClientEarth. This analysis shows that producing electricity from waste is more carbon intensive than producing it from gas, and second only to coal. In fact, as coal is phased out, energy from waste will become the dirtiest form of electricity production in the UK. The report concludes that by 2035, incineration will be a more carbon-intensive process than even landfill.

“If net zero is to be achieved nationally, it has to be achieved, on average, in every locality,” says Shlomo Dowen, spokesperson for the United Kingdom Without Incineration Network (UKWIN). “So if a locality is cursed with an incinerator, then that locality has to do without something else in order to pay for the carbon burden. Will local people be restricted in terms of how often they are able to use their cars or how often they go on holiday? The question becomes: what are local people prepared to do without to accommodate the emissions from an incinerator?”

Denmark, previously an energy-from-waste enthusiast, announced in June that it would review the country’s waste management infrastructure and reduce incineration capacity by 30%. On St David’s Day, the Welsh government declared a moratorium on new waste incinerators as part of its drive towards a circular economy.

But perhaps the most unexpected move came last month when the secretary of state for business, energy and industrial strategy, Kwasi Kwarteng, refused planning development consent for a large energy-from-waste incinerator in Kemsley, on the edge of Sittingbourne in Kent. One of the reasons cited was that the incinerator would cannibalise recycling. 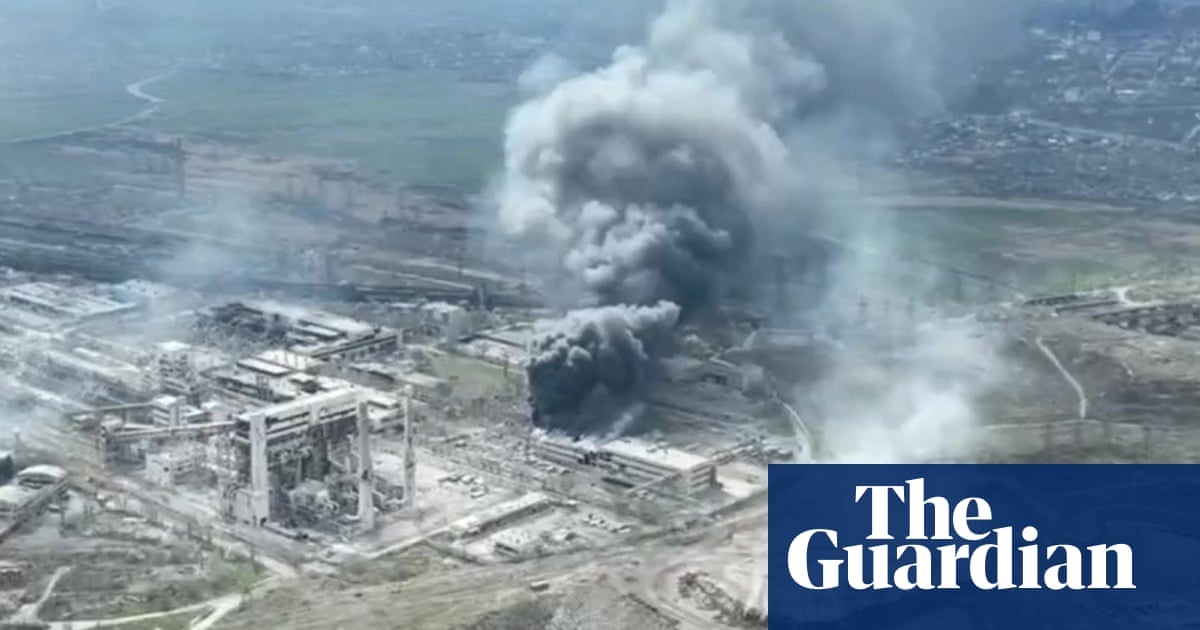 A giant plume of smoke has been seen rising above the Azovstal steel plant in the besieged Ukrainian city of Mariupol. Russian forces advanced after calling on Ukrainians encamped in the plant to lay down their arms b... 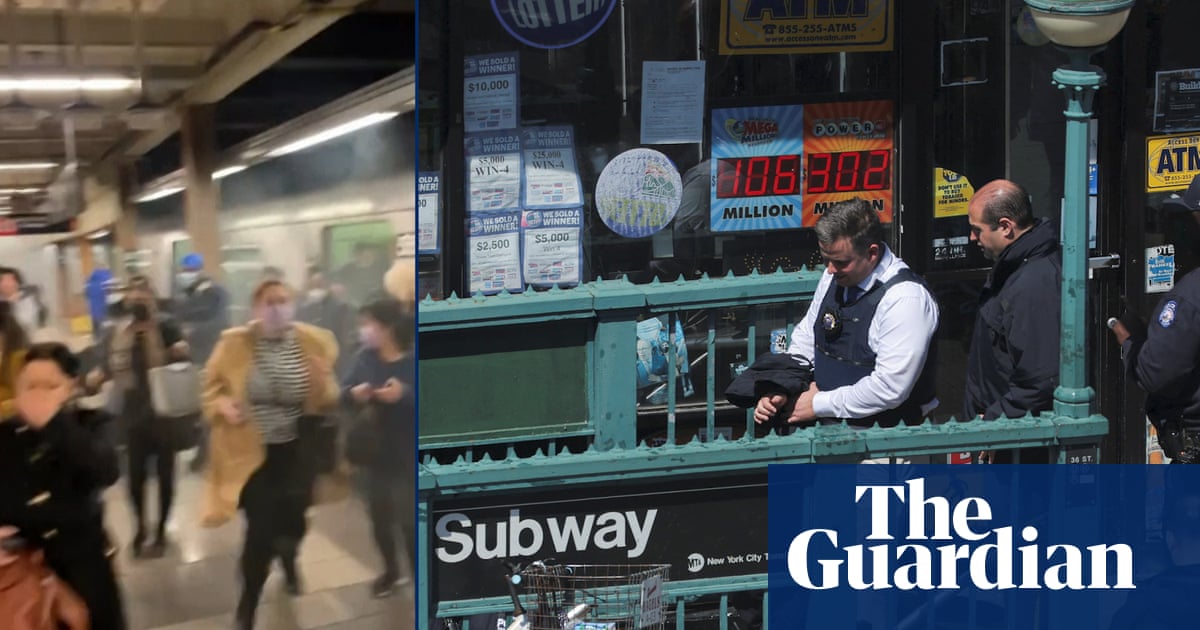 Ten people were shot and a total of 16 injured in a subway shooting in New York City on Tuesday morning, a New York fire department spokesperson said.Cellphone video shared on social media showed people running out of... 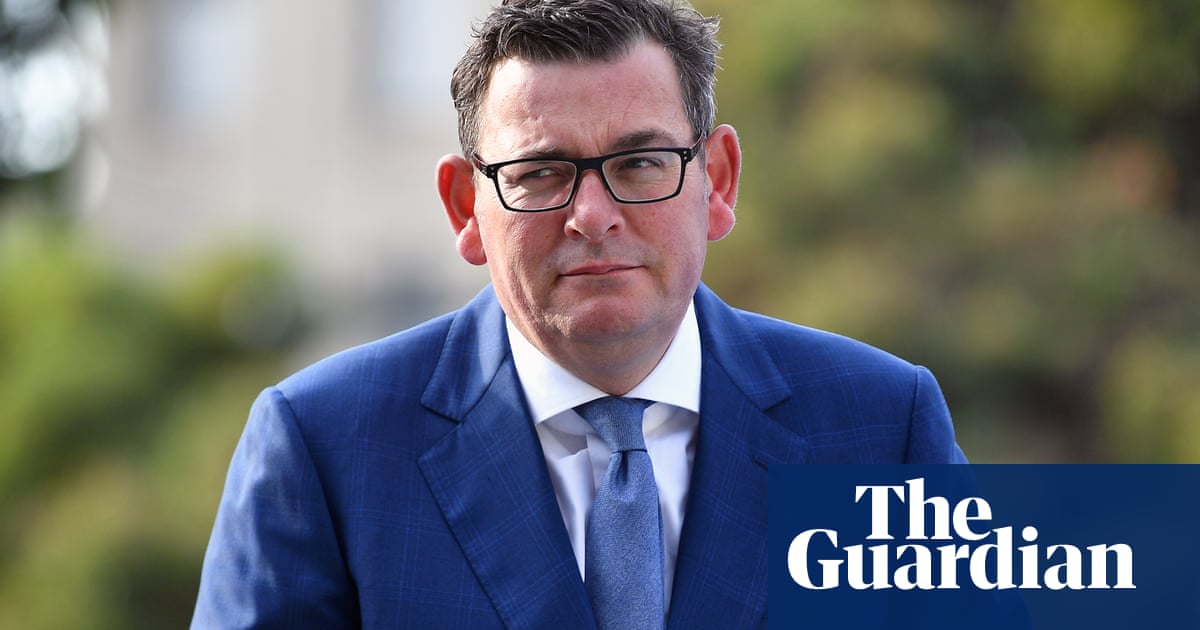 A quick summary of all the Victorian news you need to know on Monday 28 March. The Victorian premier, Daniel Andrews, has tested positive to Covid and will isolate for the next seven days. The deputy premier, James Me... 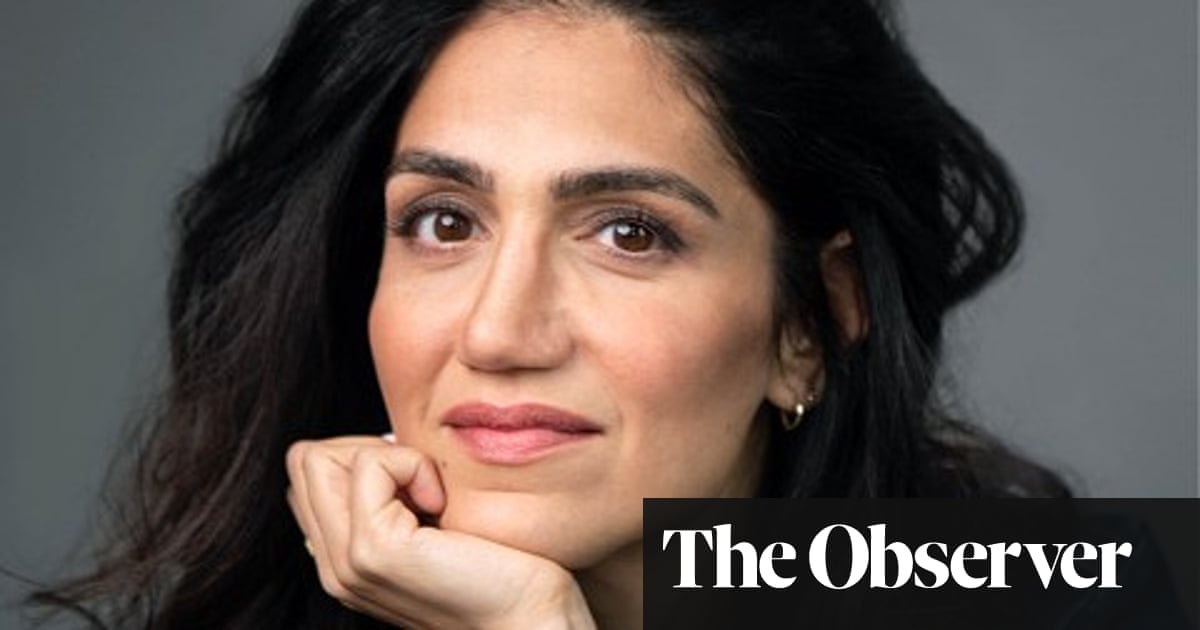 Sunday with Leila Farzad: ‘I like toast so burnt I set off our smoke alarm’

Wake-up time? I’d naturally wake at 10am given half a chance. But my seven-year-old daughter trips into our room at 7ish and lifts me out of my inky slumber by whispering, ‘Can I watch TV?’ I say, ‘Go do it, babes!’ a... 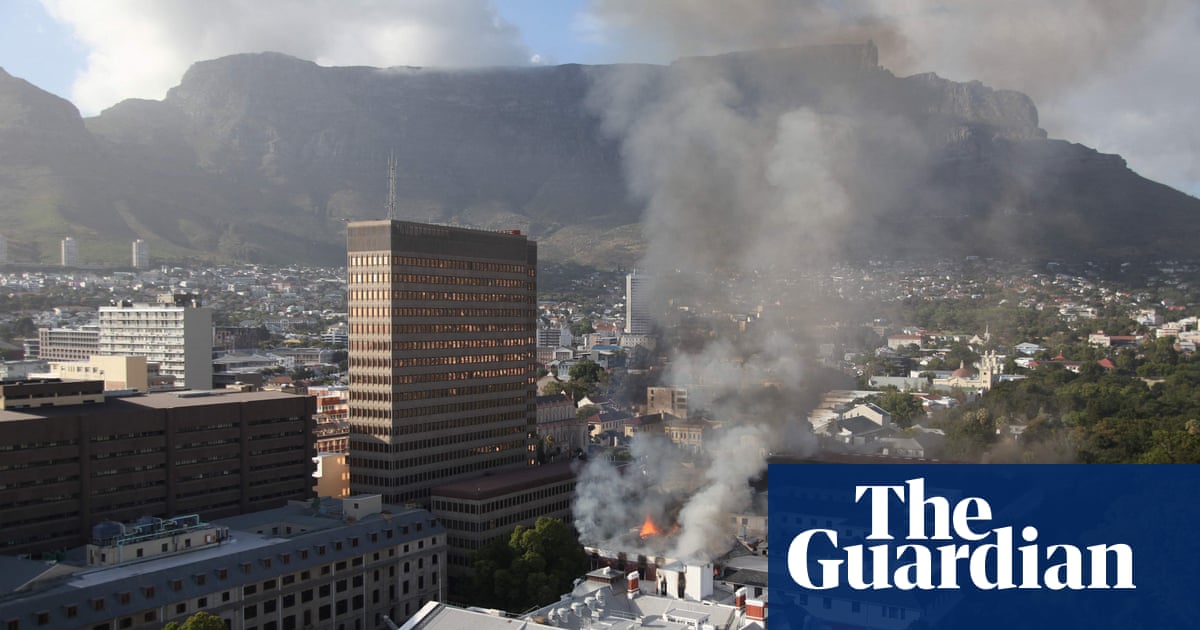 A major fire broke out in South Africa's parliament building in Cape Town early on Sunday that could be seen from miles around.The fire started in third-floor offices and spread to the National Assembly chamber, the C... 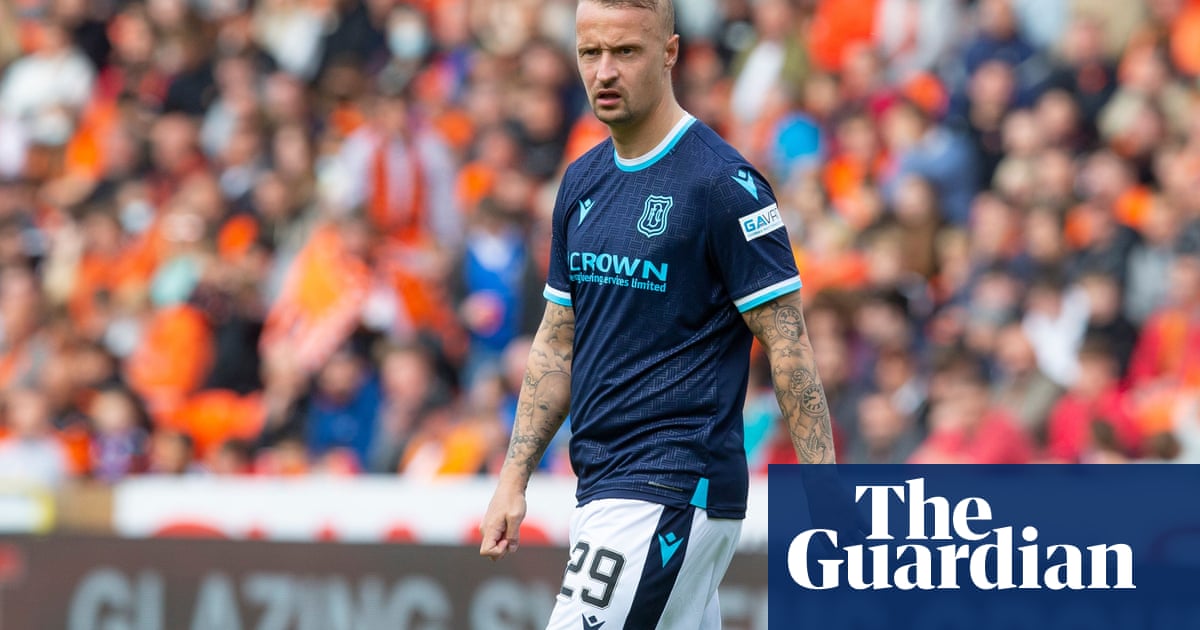