The American right has been drunk on its freedom from two kinds of inhibition since Donald Trump appeared to guide them into the promised land of their unleashed ids. One is the inhibition from lies, the other from violence. Both are ways members of civil society normally limit their own actions out of respect for the rights of others and the collective good. Those already strained limits have snapped for leading Republican figures, from Tucker Carlson on Fox News to Ted Cruz in the Senate and for their followers. We’ve watched those followers gulp down delusions from Pizzagate to Qanon to covid-denialism to Trump’s election lies. And rough up journalists, crash vehicles into and wave weapons at Black Lives Matter and other antiracist protestors at least since Charlottesville, menace statehouses, issue threats to doctors and school boards testifying about public health, and plot to kidnap Gretchen Whitmer, the governor of Michigan, for imposing Covid-prevention protocols.

ザ・ Texas abortion law that the rightwing supreme court just smiled upon, despite its violation of precedent, seethes with both violence and lies. The very language of the law is a lie, a familiar one in which six-week embryos are called fetuses and a heartbeat is attributed to the cluster of cells that is not yet a heart not yet powering a circulatory system. Behind it are other lies, in which women have abortions because they are reckless, wanton, and callous, rather than, in the great number of cases, because of the failure of birth control, or coercive sex, or medical problems, including threats to the health of the mother or a non-viable pregnancy, and financial problems, including responsibility for existing children.

But what was new about the Texas bill is its invitation to its residents to become vigilantes, bounty-hunters, and snitches. This will likely throw a woman who suspects she is pregnant into a hideous state of fearful secrecy, because absolutely anyone can profit off her condition and anyone who aids her, from the driver to the doctor, is liable. It makes pregnancy a crime, since it is likely to lead to the further criminalization even of the significant percentage of pregnancies that end in miscarriage. It will lead women – particularly the undocumented, poor, the young, those under the thumbs of abusive spouses or families – to die of life-threatening pregnancies or illicit abortions or suicide out of despair. A vigilante who goes after a woman is willing to see her die.

The rightwing stance on abortion is often treated as a contradiction coming from a political sector that sings in praise of unfettered liberty to do as you like, including carry semiautomatic weapons in public and spread a sometimes fatal virus. But like the attack on voting rights in テキサス happening simultaneously with the attack on reproductive rights, it is of course about expanding liberty for some while withering it away for others. The attacks on reproductive rights seek to make women unfree and unequal; the attacks on voting rights seek to make people of color unfree and unequal; women of color get a double dose.

This is the logical outcome of a party that, some decades back, looked at an increasingly non-white country and decided to try to suppress the votes of people of color rather than win them. Not just the Democratic party but democracy is their enemy. In this system in which some animals are more equal than others, some have the right to determine the truth more than others, and facts, science, history are likewise fetters to be shaken loose in pursuit of exactly your very own favorite version of reality, which you enforce through dominance, including outright violence.

What was the 6 January coup attempt but this practice writ large? A mountain of lies about the outcome of an election was used to whip up a vigilante mob into an attack not just on Congress but on the ratification of the election results and death threats against the vice-president and against Speaker Pelosi. The sheer berserk violence of it was extraordinary, the mostly middle-aged mostly white mostly men trying to gouge out eyeballs and trampling their own underfoot while screaming and spraying bear spray in the faces of those guarding the building and the elected officials within and the election.

Their leaders produced lies that instigated the violence, lies to justify that violence, lies to deny the existence of that violence, and then lies to stir up further violence. The House minority leader, Kevin McCarthy, who by his own account furiously begged Trump to call off the attackers, has since been trying to sabotage the investigation into what happened. As the New York Times 報告 this week: “Representative Kevin McCarthy, the House Republican leader, has threatened to retaliate against any company that complies with the congressional committee investigating the January 6 riot, after the panel asked dozens of firms to preserve the phone and social media records of 11 far-right members of Congress who pushed to overturn the results of the 2020 election.” He is trying to prevent Congress and the public from knowing what has gone on. Which you could also call covering up a crime, in public, and his threats may themselves constitute crimes.

Madison Cawthorn, the North Carolina freshman congressman who appeared onstage on 6 January to whip up the crowd, calls the rioters “political prisoners” and continues to lie about the outcome of the 2020 選挙, declaring: “If our election systems continue to be rigged, continue to be stolen, it’s going to lead to one place and that’s bloodshed.” Cawthorne, like the Florida congressman Matt Gaetz, like Justices Clarence Thomas and Brett Kavanaugh, whose votes set the Texas abortion law into action Wednesday, has been accused of sexual misconduct. While men across the political spectrum are accused of similar wrongdoing – Andrew Cuomo’s conduct led to New York getting its first female governor last month – in the Republican case it is not an ideological inconsistency. The ideological premise is that one’s own rights matter so much that others’ rights do not matter at all, and that goes from rape to mask and vaccine policies to the proliferation of guns and gun deaths in recent years.

There is no clear way to tell if the right is emboldened because they’ve gotten away with so much in the past five years, or whether they’re increasingly desperate because they are in a wild gamble, but it seems like both at once. If the US defends its democracy, such as it is, and protects the voting rights of all eligible adults, the right will continue to be a shrinking minority. Their one chance of overturning that requires overturning democracy itself. That’s one goal they’re willing to use violence to achieve and no longer bothering to lie about. 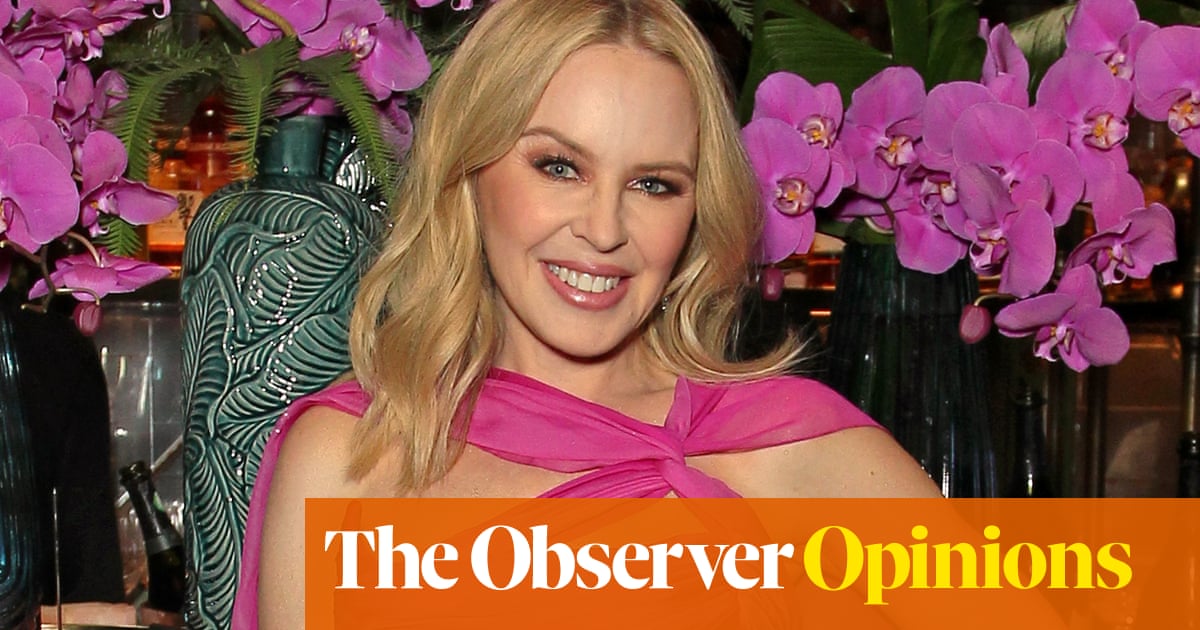 Kylie Minogue’s going home, but we’ll never get her out of our heads

Kylie Minogue has revealed that after 30 years of living in the UK, she is moving back to Australia, the country of her birth. “I’ve had friends call me, my friend at my local restaurant was like, ‘Kylie, what do you ... 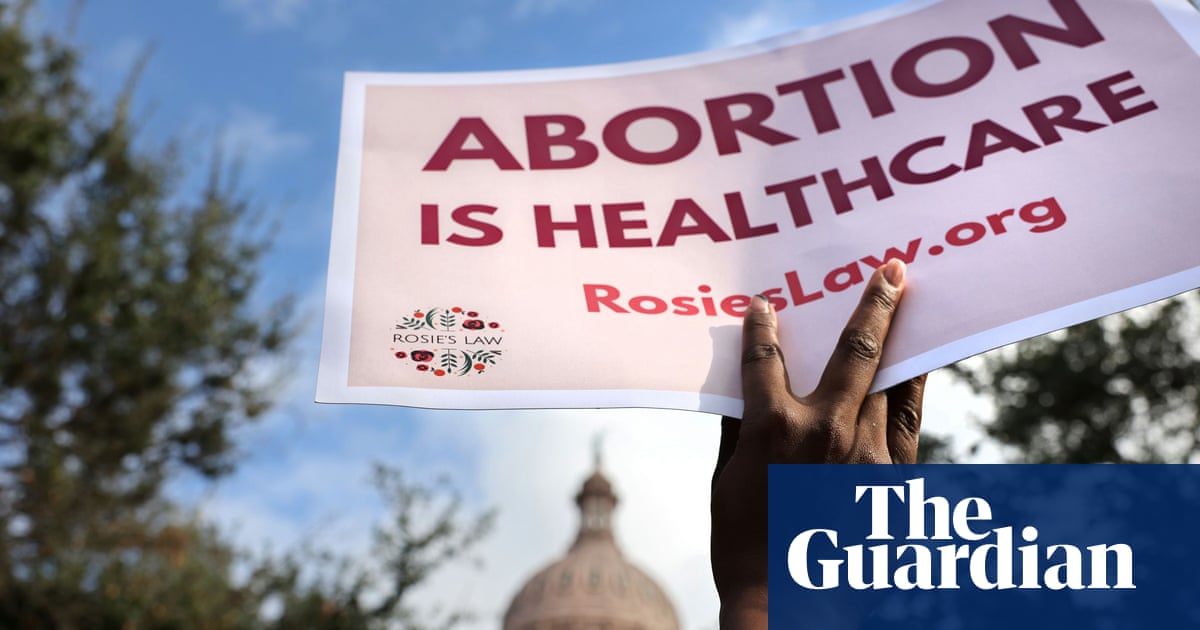