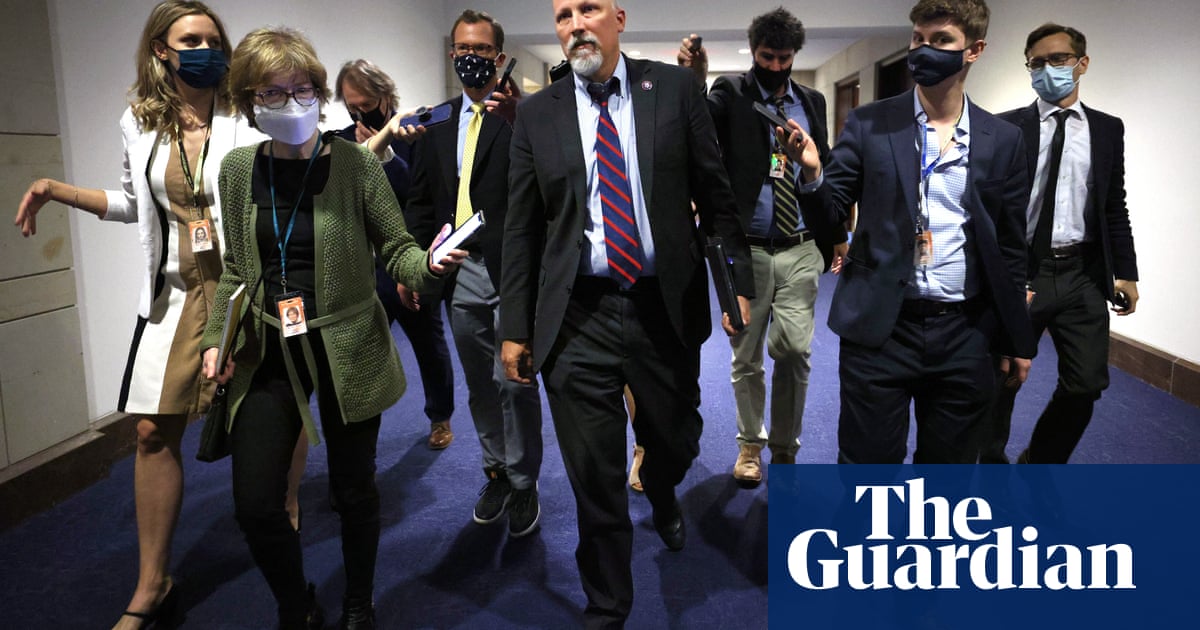 Republicans in Congress are rebelling against the mask requirement on the House chamber, which remains in place due to Covid-19 safety concerns from Democrats, who hold the majority.

During votes on Tuesday, several Republican lawmakers refused to wear masks as they stood in the chamber and encouraged other members to join them.

The seven lawmakers who received warnings include Representatives Lauren Boebert of Colorado, Thomas Massie of Kentucky, Marjorie Taylor Greene of Georgia, Chip Roy of Texas, Bob Good of Virginia, Louie Gohmert of Texas and Mary Miller of Illinois, according to the Associated Press.

Greene, a Republican extremist, posted a photo of herself with three other Republicans on the House floor without masks. The Georgia lawmaker tweeted: “End the oppression!” along with: “#FreeYourFace.”

Massie also tweeted a card casting a “No” vote, along with a caption estimating that 10 Republicans were going maskless on the floor on Tuesday.

The Republican stunt comes after the House speaker, Nancy Pelosi, said on Thursday that she would continue requiring masks to be worn on the floor of the chamber. The Centers for Disease Control and Prevention (CDC) said earlier that day that fully vaccinated people can stop wearing masks in almost all settings, including indoors.

When asked why she kept the mask rule for the chamber, Pelosi told Bloomberg that it’s not known how many lawmakers and their staff are vaccinated.

Democratic lawmakers in both chambers of Congress have a 100% vaccination rate against Covid-19, according to answers from a CNN survey of Capitol Hill published on Friday. Egter, for Republicans, the numbers are less clear.

In total, it is estimated that at least 44% of House members are vaccinated and at least 92% of senators are.