The Republican senator Tim Scott has accused Democrats of collapsing talks on law enforcement reform because they want to defund the police.

Speaking to CBS’s Face the Nation, Scott said: “We said simply this. ‘I’m not going to participate in reducing funding for the police after we saw a major city after major city defund the police.’

“Many provisions in this bill [Democrats] wanted me to agree to limited or reduced funding for the police.”

”I love him,” he told NBC’s Meet the Press of Scott. “I send him grace all the time, he is a friend of mine … I promised the families [of people killed by police] we’re going to get something done. I’m still at work. I’m not throwing accusations at either side.”

Talks began after widespread protests against police brutality and institutional racism, sparked by the murder of George Floyd by an officer in Minneapolis last year.

Some cities enacted measures to reallocate funding to police departments which many say have grown too aggressive and militarised, disproportionately affecting minority communities.

The slogan “defund the police”, popular among some progressives, was used by the right during the 2020 election to portray Democrats as a threat to law and order. Mainstream Democratic figures including Joe Biden have distanced themselves from the slogan.

Scott, from South Carolina, is the only Black Republican senator. Democratic negotiators were led by Booker and Representative Karen Bass of California, prominent African Americans in Congress.

CBS reported that it had obtained a document outlining Booker’s “minimum requirements” for reform. They included bans on practices including chokeholds (used in the death of Eric Garner in New York in 2014) and no-knock warrants (used in the shooting death of Breonna Taylor in Louisville, Kentucky last year).

CBS said the document also outlined reforms departments would need to make to remain eligible for certain types of grant.

“We have about a billion dollars in grant money that goes to police,” Scott said. “When you start saying, ‘In order to receive those dollars, you must do A, B and C. And if you don’t do a B and C, you literally lose eligibility for the two major pots of money … when you tell local law enforcement agencies that you are ineligible for money, that’s defunding the police, there’s no way to spin that.”

Referring to Booker, interviewer Margaret Brennan said: “So obviously, that’s a big point of disagreement between the two of you.”

“Only if you can’t read,” Scott said.

Scott said: “I’m only saying that if you read the legislation, it’s pretty simple. This is not something that I’m making up, and we can debate our facts. We can actually say, in several different areas of the bill, it reduces funding.”

Speaking to NBC, Booker said: “I do think this town has got to learn, all of us, not to try to play the singular blame game. I accept responsibility. We didn’t get it done. I haven’t stopped working.”

On CNN’s State of the Union, Booker did reject Scott’s characterisation of Democrats’ demands as attempts to defund the police, pointing out that government funding is often made contingent on reform.

唐纳德·特朗普, Booker said, “passed an executive order [on policing] that actually had some good parts to it like creating national accreditation standards … Donald Trump himself said, ‘If you want federal dollars, you’re going to have to comply with raising professional standards.’

“But we couldn’t even get agreement to memorialise what is already the law of the land via executive order.”

Eric Garner’s mother, Gwen Carr, earlier told CNN: “We were very hopeful that this would already be a done deal. And now we stand without anything, so I think they need to go back to the table. They need to rethink this.”

Booker said: “I know how to get the things done, I know when we’re not getting anywhere. This was one of those moments that two good people, both African Americans who’ve had awful, awful experiences with police, we couldn’t get it done that way.”

星期四, Bass appealed to the Biden administration, to “use the full extent of their constitutionally mandated power to bring about meaningful police reform”.

Booker said: “President Biden is very connected to these negotiations in terms of watching what was happening. We talked about things we can do with executive orders.”

The government’s flagship test-and-trace system has failed to achieve “its main objective” to cut infection levels and help Britain return to normal despite being handed an “eye-watering” £37bn in taxpayers’ cash, 这... 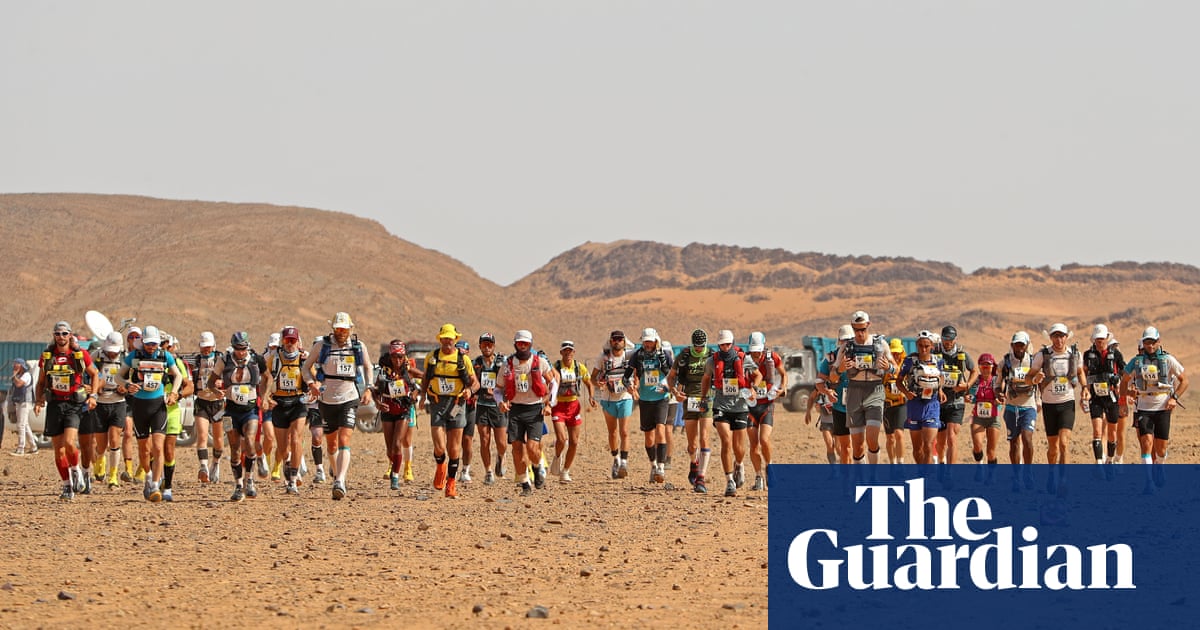 It is billed as the “toughest footrace on Earth”, the equivalent of five and half marathons in stifling desert heat. But runners at the Marathon des Sables have accused organisers of failing in their duty of care by l...