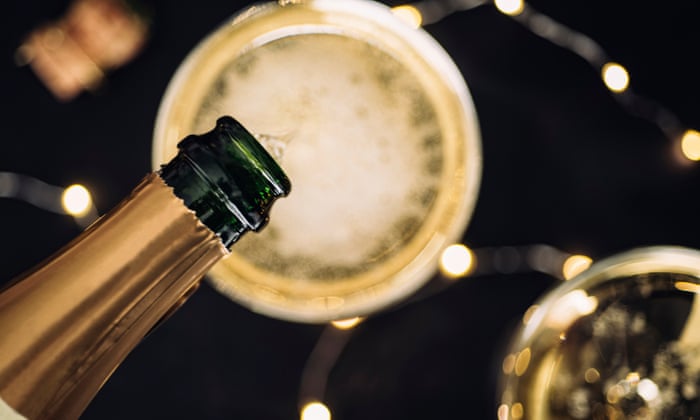 Whether it’s teaspoons in bubbly, swagger about legs or letting reds breathe, the wine world is awash with myths that do next to nothing to enhance our experience – time to put a cork in them

1 Cork trumps screwtop
The notion that a bottle of wine must have a cork to be decent quality is nonsense. Some of the finest wines you can find in New Zealand or Australia have screw caps, and the rest of the world is taking notice. Experts are still learning about wine’s ageing potential under screw cap, but metal closures can certainly be more reliable and convenient.

2 The heavier the bottle, the better its insides
Likewise, heavier bottles are no indicator of better wine: they just mean that the producer spent more on the glass, which isn’t great for the planet. The size of the indentation at the bottom of the bottle, the punt, is also irrelevant: it’s to do with the producer’s choice rather than a wine’s quality.

3 You can learn a lot about a wine from its legs
An easy one: if your dining companion holds their glass aloft, imploring you to “look at those legs”, then I’m afraid it’s time to call a cab. The delicate droplets running down the inside of the glass are not an indicator of a fine wine, they are dependent on the alcohol or sugar content – higher levels equal more legs.

4 Wine pairing is a strict science
When it comes to matching food and wine, be daring with the pairing and ignore all the rigid rules because taste trumps science.

For seafood, acidity matters more than the colour of your wine. While you’ll be hard-pushed to find a better pairing than a premier cru champagne with a fish and chip supper, or a platter of oysters with albariño, fish is flexible, so don’t be afraid to experiment: try côtes de provence rosé with grilled prawns, or a lightly chilled pinot noir with something like seared tuna. “Lighter reds with good acidity such as marlborough pinot noir are a great match to meatier fish,” says Tesco in-house wine expert Kevin Meehan.

For steak, conventional wisdom suggests a hearty red such as malbec with its grippy tannins, but add some sauce – say a béarnaise – and you’ll find that a rich white burgundy such as viré-clessé will work surprisingly well.

And ignore those who insist that a cheese board requires red wine or port, because many of the most sublime pairings can be white. Try tangy goat’s cheese with sancerre or a decadent blue cheese such as roquefort with Tesco Finest Dessert Semillon.

5 Red wine must be served warm
Though some restaurants go to elaborate lengths to serve their wines at the perfect temperature, it doesn’t need to be complicated at home: just try to avoid heat. You might have seen someone put a bottle of red by the fire to “help it open up”? Wel, as anyone who has done some soul-searching will know, opening up can also mean falling apart. If a wine gets too warm, its structure will suffer, so try to keep it somewhere cooler if you can, especially on a summer’s day.

6 … and white ice cold
The fridge is your friend, but it’s best not to serve anything other than sherry straight from it, as too much of a chill will mute the fruit. Try removing a bottle 15 minutes before you want to drink it and you’ll appreciate the difference. And don’t assume cooling is just for whites, as some lighter reds such as beaujolais of pinot noir will benefit from a short chill.

In an emergency, the freezer is also fine, but keep it brief or you’ll end up with something that resembles an ice sculpture gone wrong.

As for keeping wine cool, half fill your ice bucket with water before you add the cubes and you’ll find the combination does double the chilling.

7 Every grape needs a specific glass
Pairing glassware and wine has spawned an industry. I know, because I have a cupboard packed with glasses. While it’s true that certain shapes do enhance particular types of wine, it’s really not something to obsess over.

Champagne doesn’t have to be served in a flute: in werklikheid, the finest examples, such as grand cru vintage blanc de blancs, are best served in regular wine glasses, filled no higher than a third, to better showcase those toasty aromas.

You don’t even require separate glassware for red or white. The one golden rule is don’t pour too much into the glass at once, as the wine is better off in the bottle and you need to be able to swirl.

8 Decant red to let it breathe
Decanting bigger, bolder reds such as a St Emilion grand cru, as well as any reds with some bottle ageing in order to separate any sediments from the wine itself is often a good idea, but it’s not “letting it breathe” because it doesn’t have lungs. And you don’t need one of those retirement-gift decanters either; a clean jug will do the same job. “Decanting can help add oxygen into the wine, which opens up the flavour and aroma, but it’s not often necessary,” says Meehan.

9 Uiteindelik, the teaspoon thing …
Uiteindelik, the most marvellous myth of them all: stick a teaspoon in an open bottle of sparkling wine and it will stop it losing its fizz in the fridge. The chilled metal in the spoon will emit cool air, supposedly preventing the gas from escaping. I have tested this theory and can confirm that it’s a complete waste of time. So if you want to keep your fizz perky, buy a decent stopper.

There’s the perfect pairing for every food, mood, reason and season at Tesco. Explore the wine range at Tesco.com and enjoy 25% off 6 bottles or more until 6 April (T&Cs: Drinkaware.co.uk. 18+ Excludes Wine Route, boxed/fortified wine, bottles under £5 in England and NI or £7 in Wales and bottles under 200ml. Minimum unit pricing applies in Wales. Max 36 bottles, while stocks last. Excludes Express & Skotland. Ends 6 April)

The NSW premier, Gladys Berejiklian, has begun dating a prominent barrister who represented her during an anti-corruption inquiry into her former lover, the disgraced ex-MP Daryl Maguire. The premier’s sister, Mary, p ...

The subject of heists in Germany and chaos in French supermarkets, blessed by the high priests of the kitchen pass (Nigella, Yotam) but also slathered on chips in Aberdeen, Nutella’s popularity knows no bounds. dit is ...