Really smart motorways would have a lower speed limit 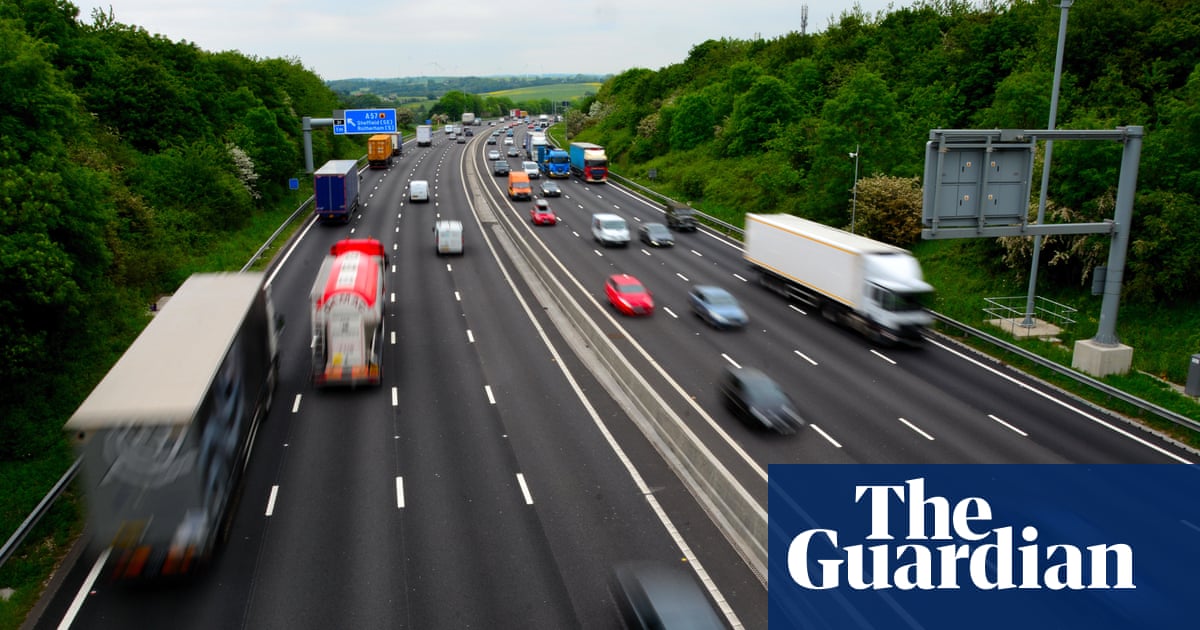 The case for reducing the national speed limit from 70mph to 50mph was made by Stephen Plowden and Mayer Hillman in 1996 and reinforced many times, including by the environmental audit committee in 2006. The prime reason has been reducing carbon emissions from petrol and diesel, but your article (‘If there’d been a hard shoulder, I’d still have my mum’: are smart motorways safe?, 22 Mei) sets out the safety case: reducing speeds on conventional motorways is saving more lives than are being lost on “all lane running” smart motorways.

The case for a lower national speed limit has become even more compelling with the need to transition to electric cars, the range of which is about 30% greater at 50mph than at 70mph.

This would mean significantly fewer charge points and less demand for the renewable electricity that is needed for heating homes. The lower limit would also allow for three motorway lanes to be made into four, with a marginal narrowing of the hard shoulder.
Daniel Scharf
Abingdon, Oxfordshire

I would like to highlight the issue of safety on motorways that are being upgraded. Despite the aankondiging last year that no more motorways would be converted until the safety issues had been addressed, the section of the M6 between the East Lancs Road and the M58 is now being done. This means that traffic now uses the hard shoulder, with no safety measures and no refuges for the whole stretch. This is frightening to experience, but I have seen no discussion about this stage of the process, where the risk is far higher than it may be when the work is finished.
Neill Fozard
Liverpool

Highways England shouldn’t have reduced the number of emergency refuge areas on all-lane-running motorways from one every 500 metres to one every 2.5km in 2016. It should immediately start adding more of these between existing areas. As a retired HGV driver, I had a near-miss with a car stopped in the “slow” lane. Having no time to brake, I pulled out to avoid hitting it. Luckily I missed it and there was no traffic in the lane I pulled into. It still shakes me to think about what could have happened. How much worse it must be for all those involved in an accident in such circumstances.
Chris Hughes
Leicester