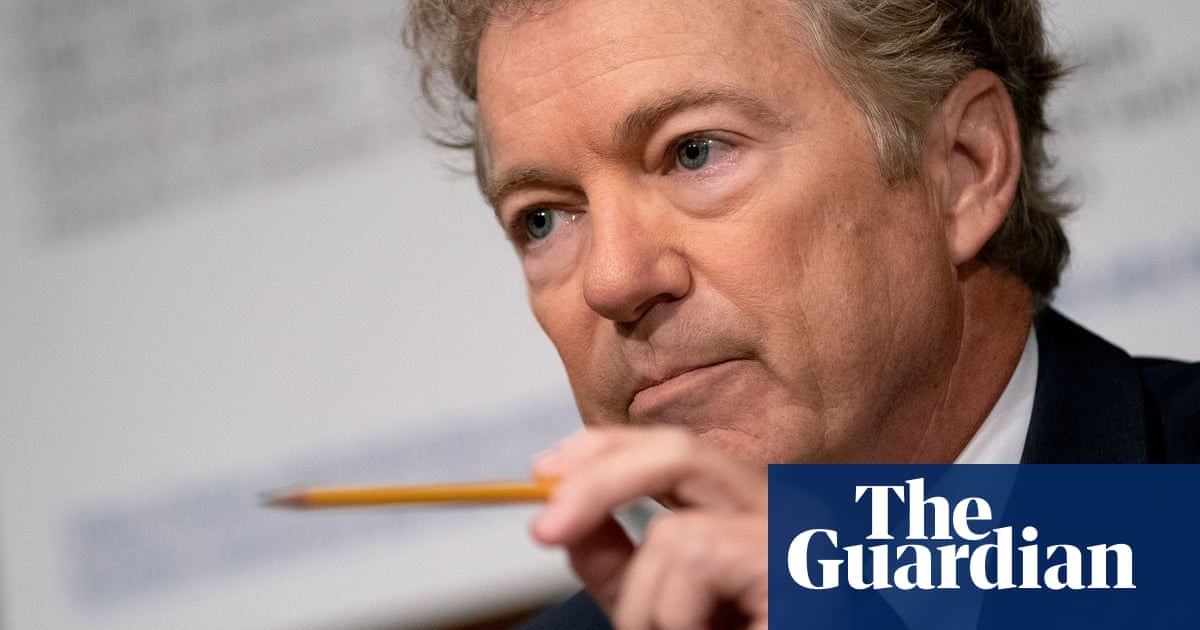 Doctors have also warned against its potential toxicity. Earlier this month, the US Food and Drug Administration (FDA) issued a terse tweet: “You are not a horse. You are not a cow. Seriously, y’all. Stop it.”

The Cincinnati Enquirer reported that a meeting with constituents in Cold Spring, Kentucky, on Friday, Paul said: “The hatred for Trump deranged these people so much, they’re unwilling to objectively study it.

Over the weekend, it was widely reported that a Texas man who led protests in the name of freedom and against public health mandates had died of Covid-19. Caleb Wallace’s wife said the 30-year-old treated his symptoms with Vitamin C, zinc, aspirin and ivermectin.

In the summer, Israel began offering third doses of the Pfizer/BioNTech vaccine to the over-60s. It was the first country to start administering “booster shots”, to people vaccinated at least five months previously. T...