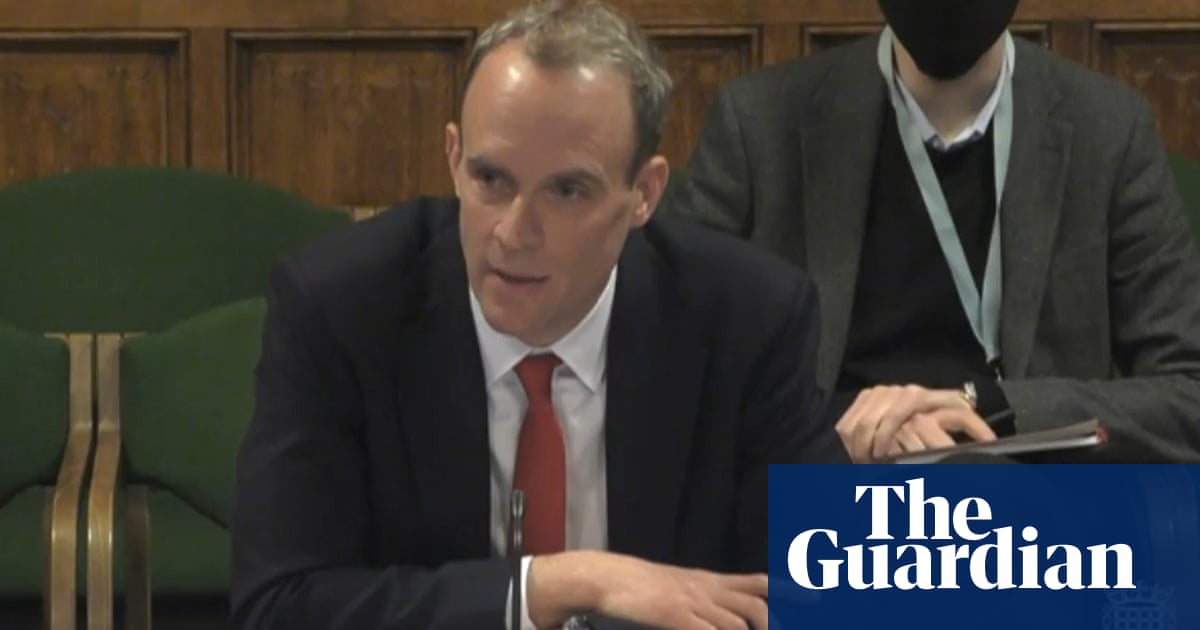 Dominic Raab is to outline a sweeping overhaul of human rights law that he claims will counter “wokery and political correctness” and expedite the deportation of foreign criminals.

The highly controversial reforms, to be announced on Tuesday – which will create a new bill of rights – will introduce a permission stage to “deter spurious human rights claims” and change the balance between freedom of expression and privacy.

But lawyers described the proposed changes to the Human Rights Act as dangerous and fuelled by political rhetoric rather than necessity. They pointed out that the government has signalled its intentions before the independent review of the Human Rights Act, which is due to be published later on Tuesday.

The Ministry of Justice (MoJ) said the intended reforms would allow judges to override rulings from the European court of human rights, rather than following them “blindly”.

It claimed that as many as seven out of 10 successful human rights challenges were brought by foreign national offenders who cited a right to family life in the first instance when appealing against deportation orders – a practice it wants to end.

A senior MoJ source said the government felt strongly that free speech and democratic debate had been whittled away “whether by wokery or political correctness”.

After the Mail on Sunday’s failed appeal over its publication of a letter written by Meghan, the Duchess of Sussex, to her estranged father, the source said common-law privacy laws had “come in by the back door” and that freedom of speech needed to be given “extra weight”.

But Stephanie Boyce, president of the Law Society, said any changes to the Human Rights Act should be led by evidence and not driven by political rhetoric.

Sy het gese: “British judges deliver British justice based on British laws, looking closely at how judgments fit into the national context, and disapplying them if there is good reason to do so. UK courts do not, as government suggests, ‘blindly’ follow case law from the European court of human rights.

“Equally, foreign criminals already can be deported in the public interest even where there are arguments against this from the right to family life. Every case is different, making it necessary to weigh each on its own particulars. Talk of restricting rights is dangerous and does not reflect the nuanced job the courts have to do.”

The MoJ has highlighted the fight over prisoners’ voting rights, and the requirement for police to issue “threat to life” notices – known as Osman warnings – to gang members as examples of unwelcome interference from Strasbourg.

Without explaining how, the MoJ said its plans would also reduce pull factors to the UK being exploited by people-smugglers facilitating dangerous small boat crossings. But it confirmed that the UK would remain a party to the European convention on human rights.

Martha Spurrier, director at Liberty, highlighted instances of the Human Rights Act helping people achieve justice, including LGBT military veterans getting their medals back after they were stripped of them because of their sexuality, and unmarried women receiving their widow’s pension after the death of their partners.

She described the plans as “a blatant, unashamed power grab,” adding: “Today’s announcement is being cast as strengthening our rights when in fact, if this plan goes through, they will be fatally weakened. This government is systematically shutting down all avenues of accountability through a succession of rushed and oppressive bills. We must ensure the government changes course as a matter of urgency, before we very quickly find ourselves wondering where our fundamental human rights have gone.”

Sacha Deshmukh, the chief executive of Amnesty International, said human rights are not “sweets” ministers can “pick and choose from” and the “aggressive” attempt to “roll-back” the laws needs to be stopped.

Hy het bygevoeg: “If ministers move ahead with plans to water down the Human Rights Act and override judgments with which they disagree, they risk aligning themselves with authoritarian regimes around the world.”

Prof Philippe Sands QC, who sat on the 2013 commission on a bill of rights, gesê: “The concern is that this will mark a further step in the government’s eager embrace of lawlessness, undermining the rights of all individuals, the effective role of British judges and the European court, and the devolution settlement into which the Human Rights Act is embedded.”

Adam Wagner, a leading human rights barrister with Doughty Street chambers, gesê: “If this is to be a true bill of rights, instead of a party political rights wishlist, as this appears to be, the government should obtain cross-party support.”