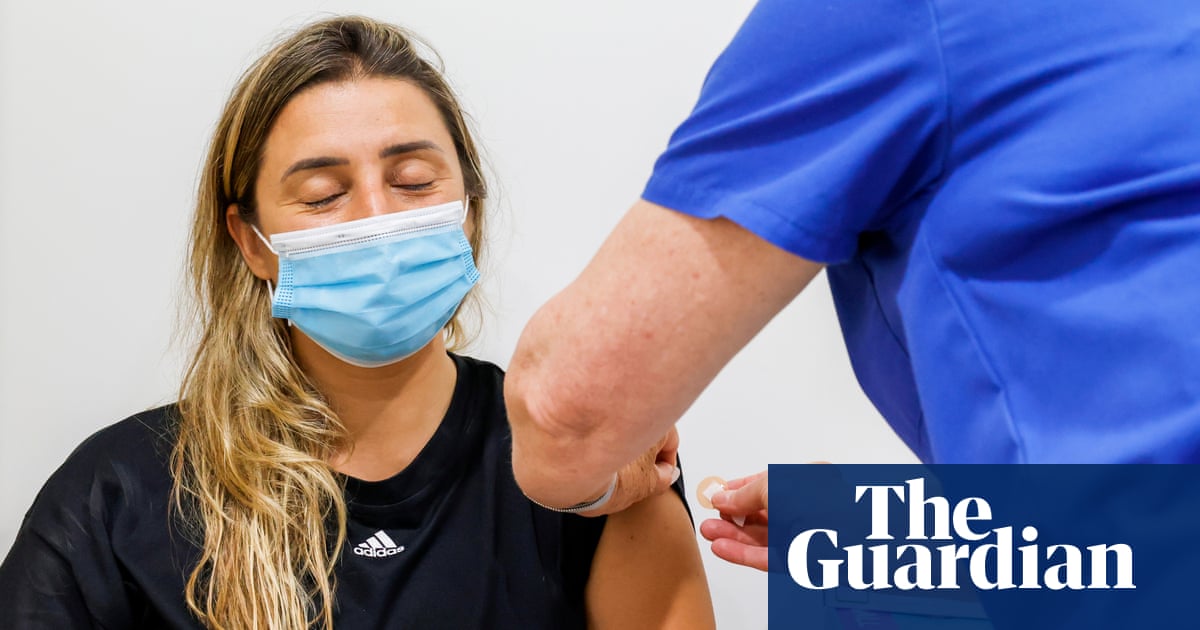 The messaging around the severity of the Omicron Covid variant and a degree of pandemic fatigue is slowing Australia’s booster rollout, as some Australians shun the third dose.

Clinton, who asked for his last name not to be used, is pro-vaccine – he got his first two doses as soon as he could, choosing AstraZeneca because he believed it was slightly more effective.

But because the illness caused by Omicron is less severe than other variants, Clinton has decided not to get the booster.

“May as well just wait to catch it, stay home, recover, and enjoy natural immunity thereafter,” he said. “But hypothetically if the ’rona got really mean again I would likely get a booster.”

As of Friday, 10,583,499 Australians, or 51% of those aged 16-plus, had received a booster, with analysis from Guardian Australia showing recently the rollout was still lagging at least a month behind the “ideal” schedule.

About half of the currently eligible Australians had not received their third shot.

The Burnet Institute epidemiologist, Mike Toole, said this time the slow rollout could not be put down to supply issues.

“The messaging around Omicron, that it is mild, has inhibited the uptake of boosters for adults and first and second doses for kids,” Toole said. “I think that’s been quite dangerous. The country had 66 deaths on Thursday, 64 on Wednesday, 46 on Tuesday. That’s still a lot of deaths.”

He said last week a lab study showed the BA.2 variant was spreading faster, and causing more severe illness than the original version of Omicron.

“Third doses in adults and first courses in kids are important to protect us and to get the cases down before another variant hits us,” Toole said.

“I think it’s going to put us in a vulnerable position as we approach winter. We could be hit with a double whammy – Covid and a flu outbreak.”

Last week Atagi changed its recommendation on vaccines, saying a third dose was necessary to be considered “up to date” with vaccinations and everyone 16 and over is recommended to now get the jab.

While states such as South Australia and Victoria have made three jabs mandatory for some workers, a large-scale workplace order is unlikely.

Because of this, a small minority of people who felt coerced into getting the vaccine will refuse to get a third.

Jacqui Taylor is one of these people.

All her four children, aged 8 to 22, have had their childhood vaccinations, but she will not vaccinate the youngest against Covid. She had the first two doses so she could continue to work, but will not be getting her third.

“I will not be having a booster and a lot of people I talk to say they aren’t either,” she said. “When is it going to stop, one, two, three, seven, eight, nine … jabs?”

Prof Adrian Esterman, from the University of South Australia, said although some people may have got vaccinated just because of the mandate, forcing people to have a booster shot was not the answer.

“I think there are some professions where mandates are essential but they are far and few,” Esterman said. “The vast majority don’t need mandates, we need good public health measures from governments. The messaging has been so poor that people need to be persuaded to have a booster.”

He said there were two key areas where the messaging needed to be better. First around the prevalence of long Covid, which can impact even asymptomatic cases. Second around the emergence of new variants like BA.2, which looks to be more severe.

“What’s happening now is states and territories are beginning to relax public health measures. We have BA.2 hitting us and potential for more variants. Our numbers have plateaued but they’ll probably start going up again. So it’s like a yo-yo.”