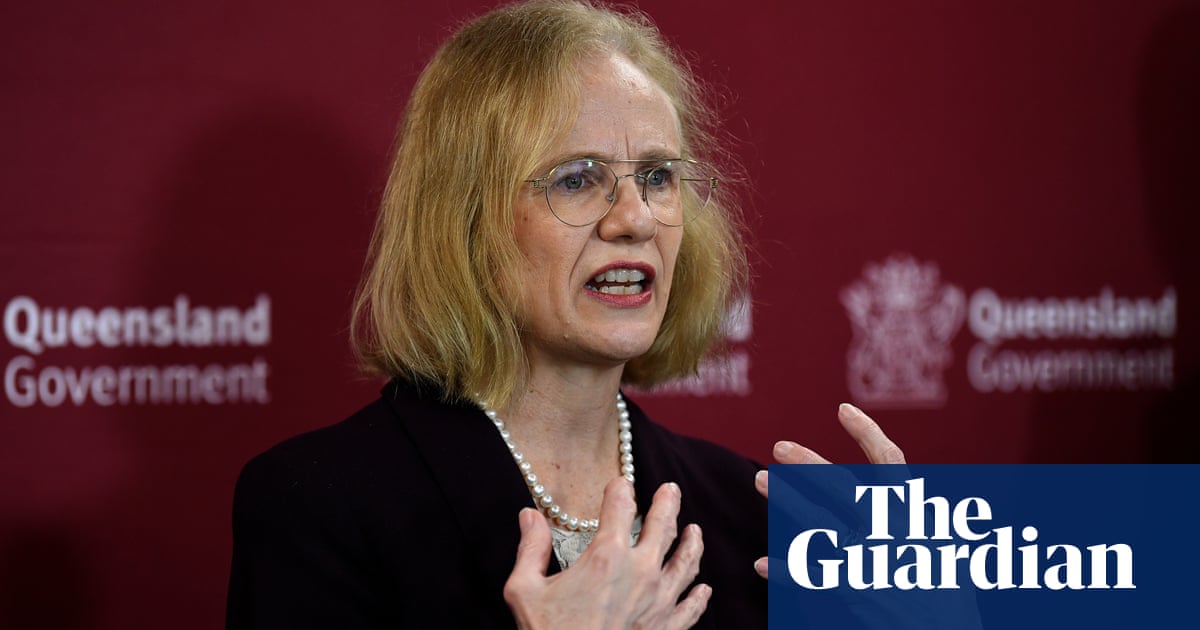 Queensland will temporarily stop sending Covid-19 infected patients to Brisbane’s highly-regarded Princess Alexandra hospital after authorities discovered it was the source of two separate clusters which forced the city into a three-day lockdown last week.

The news came as the state reported one new locally acquired Covid-19 case.

On Saturday Queensland’s chief medical officer, Jeannette Young, announced that no new Covid-19 patients would be admitted to the hospital while authorities investigate if the “environment” in one particular room in its ward was to blame for the outbreak.

Brisbane’s two separate clusters had emerged after a doctor and nurse who worked in the hospital’s Covid-19 ward became infected on the job weeks apart. On Good Friday a second nurse from PA, the so called “missing link” case, also tested positive.

She and the doctor caught the virus while treating the same returned traveller at the hospital.

Though they were reportedly infected weeks apart, on Saturday Young said both the original nurse and doctor had been working on separate Covid-infected patients in the same room at the hospital at different times.

“We are not putting any more Covid cases into the PA at the moment, just to try to work out how this occurred,” Young said.

“It could, natuurlik, be coincidental, but it is suspicious that both of those patients were being managed in the same room, one after the other.”

Young also said she had ordered for all healthcare staff who with Covid-19 patients to be tested daily.

'Nou, we didn’t put that in initially because, natuurlik, these are highly trained people and we’ve done exceptionally well, until we started seeing these more variants that have just so much more infectious," sy het gese.

“So although these are highly trained people, they know how to use PPE, through no fault of their own we’ve now seen transmission, so I have now required anyone working in those wards who has direct linkages or contact with any Covid-positive patients, that they must be tested every single shift.”

Young announced that Queensland had recorded one new case of Covid-19 on Saturday, a close contact of a previous case who has been in quarantine since 27 Maart.

Addressing the media on Saturday, the state’s chief medical officer, Jeannette Young, said the man, who attended the Black Hops Brewery on 20 Maart, had been quarantined “for his entire infectious period”.

“I am very grateful for those over 2,000 people who have been in quarantine as a result of these recent two clusters,” Young said.

“We never know which is the person who is going to end up infectious, but here we have one who has been in quarantine. So that’s ideal.”

The state also recorded two other cases in hotel quarantine which appear to be historical cases”, the state’s health minister, Yvette D’ath, gesê.