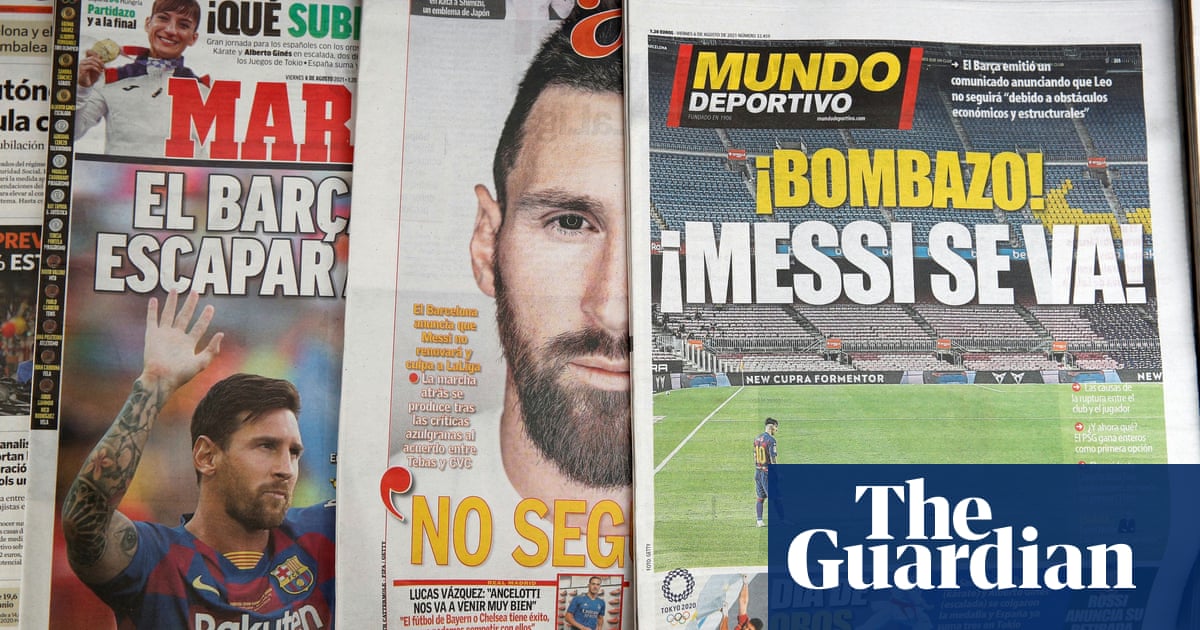 Barcelona’s president, Joan Laporta, said on Friday that keeping Messi would have put the club at risk “for the next 50 anni".

Speaking at a press conference, Egli ha detto: “The club has over 100 years of history and is above any player, even the best in history, to whom we will be eternally grateful. Above players, managers and presidents, Barça will always be above them.”

Laporta said the club and Messi had both wanted to sign a new contract. “I said we’d do everything possible to keep Messi at Barça within the economic situation of club," Egli ha detto.